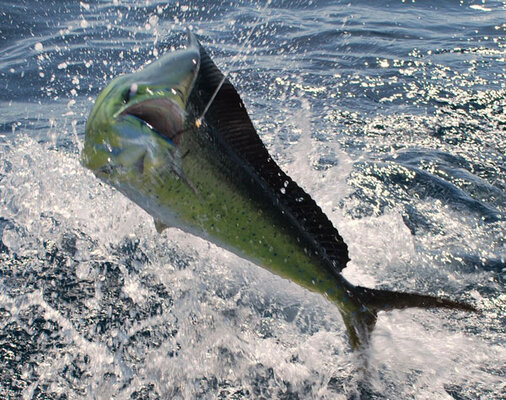 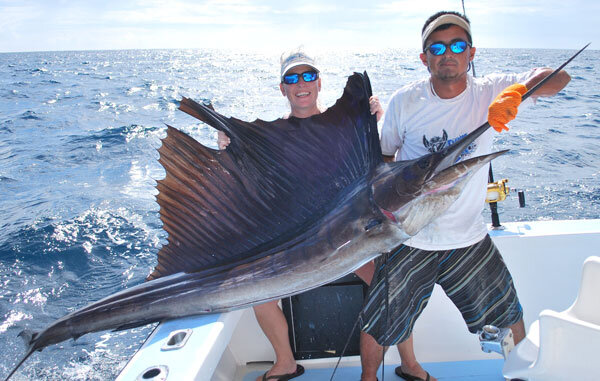 Great day out on the water today. We had tons of Dorado and boated at least 7 big ones and some smaller ones as well. We also boated a sailfish and it was the customer's first, so that is always a blast! More important than the report are the pictures which were absolutely awesome. Great cameramen on board today as all these came from the customers! I really like the aerial shots of the Dorados. Well, here's the pictures, enjoy! 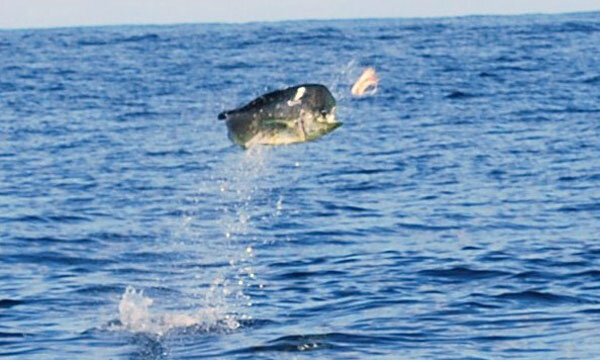 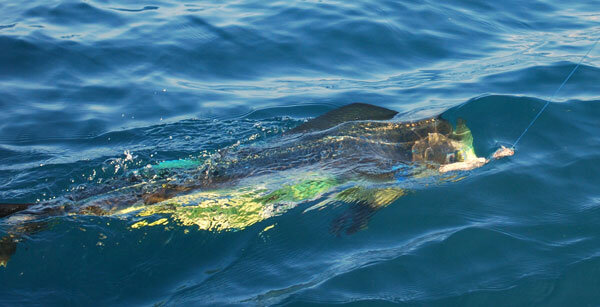 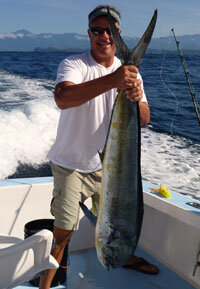 TTFishon said:
That first pic is amazing!!!
Click to expand...


Yeah it is isn't it. I think that's one of my favorite fish pics so far that I have. There was this lady on board with an awesome camera that would shoot like 4 shots every time she pushed the button and she had this big zoom lens. If I had an extra couple of grand...
Last edited: Nov 2, 2010
G
GringoJohn
She sat there all day like a fish sniper, just waiting
T
TTFishon
It was definitely worth the wait!!!
C
Coho Kid
Awesome I've always wanted to do that. My parents did once, but they took the cheap trip where you don't get to keep the fish. Said it was a blast though. Any suggestions on rod and reel tuna for next year?
N
ninja2010
oh... dodo... i miss them dodos...

thanks for sharing the great pix.
G
GringoJohn

Coho Kid said:
Awesome I've always wanted to do that. My parents did once, but they took the cheap trip where you don't get to keep the fish. Said it was a blast though. Any suggestions on rod and reel tuna for next year?
Click to expand...


Do you want to catch them on the fly or conventional. The easiest way with conventional is pull cedar plugs until you find them and then drop down live bait. I use Penn International 20-50's depending on how big of Tuna are coming out. If you want to catch them on the fly, do the same thing with the cedar plug and then stop as soon as you hook up and be ready to throw out a large pink fly. The weight of the reel is all up to you, the larger the easier, but the smaller the more challenge. I hope that was the question! ??
G
GringoJohn
Oh, I forgot to mention we do this after we find a huge flock of birds with the spinner dolphins. Sometimes there are no dolphins, but if there aren't dolphin you can usually see the Tuna jumping. Yeah, that's kind of an important detail...
B
bigsteel
WOW,amazing pics and a very nice day to be out there,,,good job
O
OnTheFly
I got to go on a trip up the Sea of Cortez from Cabo once and I was amazed on how those Dorado's can fly out of the water like that. Awesome pictures.

brandon4455
wow. amazing pictures. that looks like so much fun
T
The Nothing
attach the line to some guy fishing from a kayak, and you're living my dream
H
Hawk
WOW!!! Those are some reel Beauties Bro.
Great Job.
:clap::clap::clap:
:lol::lol::lol:

The Nothing said:
attach the line to some guy fishing from a kayak, and you're living my dream
Click to expand...


I've been thinking about bringing some Kayaks out. In January-April, we have a super dry windless season where you could dump some guys on Kayaks out around 30 miles out and sit back and watch them fish. I'll probably have something going in a year or so, I think that would be a ton of fun. Then I could film them and throw them cold beers / drinks from the big boat. There aren't many sharks out here.. that would be fun..
Last edited: Nov 3, 2010
H
Hawk
We used to have fun catching Hammerhead Sharks around the Hawaiian Islands.

G
GringoJohn
There are a ton of hammerhead down deep supposedly, but I haven't seen them before. People like to go scuba at Cocos Island about 380 miles offshore and that's supposed to be the best place in the world to swim with them, but I haven't been yet. I can't get there and back with my diesel tanks. I've always wanted to go after Mako's off the east coast as well, but haven't done that yet either. I was talking to some guys the other day who were fishing Makos off of the beach. That looked crazy, they hook them during the day and fight them all night and there are a bunch of pictures they had after dark, with the sharks.
B
bigsteel
I would love to fly fish for macos,that would get your adrenalin pumping like no other,,,,check out this video YouTube - Fly Fishing for Mako Sharks
G
GringoJohn
That would be fun. It seems like the red / pink lures are always the ones that have the bites in offshore fly fishing. I wonder why he was casting right there. Was there some action and then he stopped to throw the fly, or were they just in open water throwing the fly?
You must log in or register to reply here.