M
Mad dog
Caught 3 fish yesterday, a nice chinook buck, a bright coho and a small dark chinook jack. The chinook was a hefty buck in the 25-30 lb. range and released, the coho was a bright looking hen about 7-8 lbs and I went full retard when I got it up alongside the boat and it started doing that spinning roll that coho are famous for....Damn thing did a figure 8 around my anchor roap and got free! :lol: The jack chinook was a small dark fish that went back. It was a work day and quit early because Daniel had a doctors appointment at 11:20

Tubby before going back into the water! 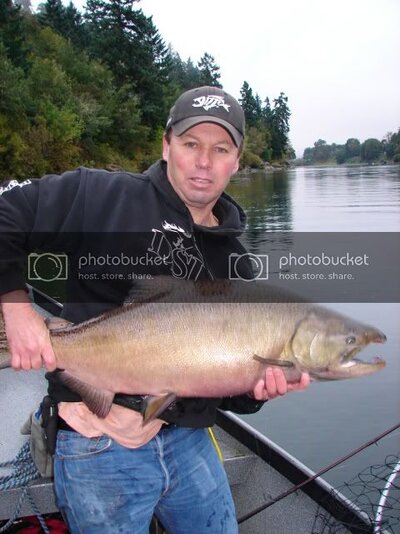 Daniel is taking off for the Klamath basin for a couple of weeks of pheasant and waterfowl hunting today but couldn't resist and had to catch one more fall chinook before it was over. Took his toon out again and caught a brighter buck that he kept to take to the basin for a buddy. It was about 24-25 lbs. and just about as much fish as he wanted to deal with in the toon! 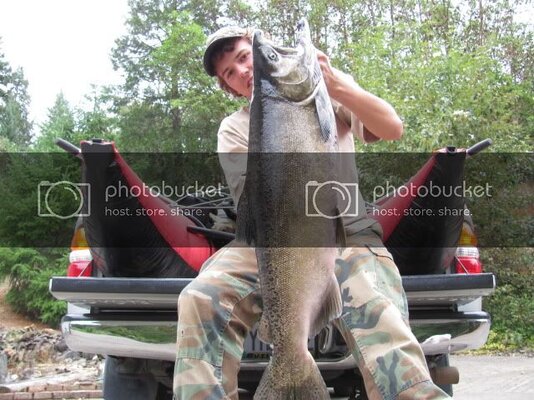 C_Run
You guys never quit. It's great you can do that with your son. I didn't fish much when my kid was growing up. He'll go with me sometimes now which is good , but it's always great to see what you guys are up to. Always great reports and pictures.
R
RunWithSasquatch
Shoulders! nice fish!
G
GDBrown
Not only do you guys catch fish but you take great photos as well. Good job doing both and sharing with us.

GD
S
skunk
Sweet fish, don't forget to put up pics of the birds your son gets.
M
markasd
big ol shoulders on that pig.. big fish for a pontoon there.
R
rippin fish lips
nice fishies guys! I need to go chase them now! I be slackin.
T
Thuggin4Life
Sweet! I have heard horror stories of trying to fish for the big ones with a toon.....
A
alseaalumaweld
i wasn't hard core anuff to get up this morning. nice fish
You must log in or register to reply here.