Finally landed me a Chinook! (or 2)

D
Dustinbowlz2009
So, after a year of fishing as much as possible- learning from everyone willing to teach me, and loosing every fish I hook, I am finally successfully landing fish! In July (the last time I was able to go fishing) I landed me a nice summer steelhead. And today I actually caught my limit of chinook! WTF? Epic day for me on the Wilson! 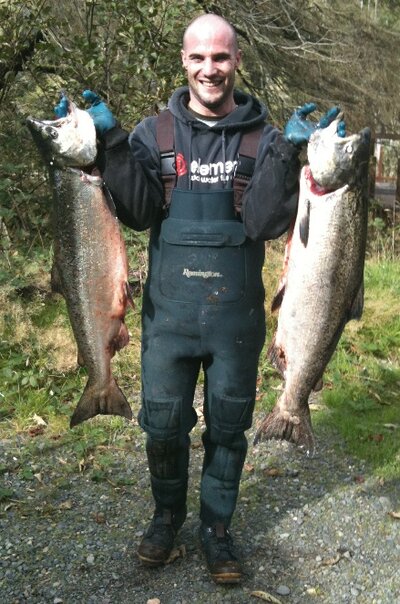 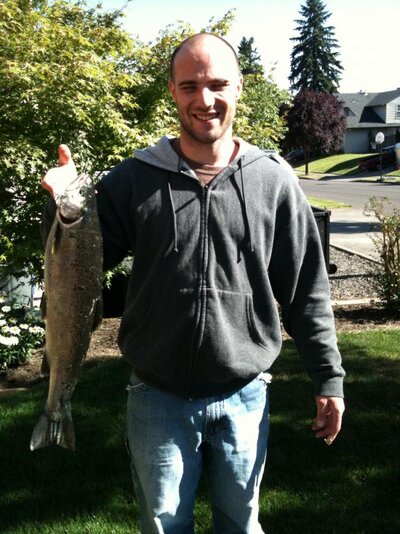 W
waco
nice!!! what you have in the 2nd pic? a jack salmon?
F
flux
Wow! Nice job! I guess that mudslide didn't slow you down much. Do you mind telling what your general location was? Like downstream close to the coast, or more upstream? Thinking about heading out there in the morning.
D
Dustinbowlz2009
No the second pic is the steelhead I caught in July. Figured I'd post the pic of it since I mentioned it.
D
Dustinbowlz2009
I was at the burnt down guide shop hole almost to Tillamook. Ya the mudslide didn't stop me!
W
waco
good job getting those fish!!! but im almost 100% that is a chinook too!!
A
Anyfishisfine
Awesome day.


:clap:Nice job on the nooks and that is a summer steely for sure....2 fish I have not caught yet on the Wilson. Plenty of winter steelies though.....mmmmm...It is time
M
mgdguy
Nice!!! :clap: :clap:
B
beaverfan
Yes it includes the entire open section on the Wilson which is a coastal river. He obviously didn't check the updated regs that they put out every single year to determine the coastal fall chinook season.
B
bassman503
I don't understand. Why do I see people keeping salmon that are not clipped?? Nice fishes though
B
beaverfan
Legally you can keep non-clipped fall chinook on a lot of the coastal rivers.
F
flux
IMHO the update is unclear and here's why. I'm assuming you're referring to the "Basin" listing, "Tillamook Bay and rivers". In the original regulations, it lists both "Tillamook Bay" and "Tillamook River" separately. One could easily conclude that the update is referring to just those two bodies of water. If they want it to apply to each river that leads *to* Tillamook or all Tillamook county rivers, they should specify each body of water as originally listed. The Wilson River *is* specified in the original regulations as I quoted above. The clear and logical to do is to specify "Wilson River" in any updates since many (most?) people just scan it alphabetically looking for the body of water that they're going to fish. If you're positive that this includes the Wilson, I'll defer to your experience, but I'm just saying that I could have easily misinterpreted this myself. In fact, I would have if you hadn't brought it up (and if I ever get lucky enough to get even one to bite ).

Sorry, I'm not trying to be difficult here. I just want to point out why this is confusing to some of us and also to avoid making a mistake myself in the future.
Last edited: Oct 12, 2010
B
beaverfan
I understand the confusion, I'm just letting the guy know that he can only legally keep one un-clipped fall chinook so that he doesn't make the same mistake twice. It's completely dumb the way ODFW does things most of the time and this is a perfect example.
S
steelheadstalker31
We fished Tillamook bay with a guide recently and he stated that you are allowed one clipped and one native chinook. I'm pretty sure it is the same for the Wilson. So, you are allowed 2 chinook, just one has to be clipped. The regs are like this so the guides can keep all the clients rods in the water until they get a limit of natives and then they call it a day.
D
Dustinbowlz2009
I apreciate your information beaverfan. I actually did look for the regs. I checked the reg in the book before i fished a second time. It states in there that I am allowed two per day. As for checking a updated version on the internet, I was unaware there was more. Perhaps ODFW should print another book. Thank you for the info, I will definity adhear to the new laws.
F
fisch
Congrats on the fish. Real beauties. On the other hand it is absolutely amazing on how few people read and understand regulations. ODFW changes things a lot but it is our job to keep up with it. My 2c.
B
beaverfan

Dustinbowlz2009 said:
I apreciate your information beaverfan. I actually did look for the regs. I checked the reg in the book before i fished a second time. It states in there that I am allowed two per day. As for checking a updated version on the internet, I was unaware there was more. Perhaps ODFW should print another book. Thank you for the info, I will definity adhear to the new laws.
Click to expand...


Ya man no problem, I'd hate to see you or anyone else get in trouble because ODFW can't make it more simple. They could easily put in the regs that for fall chinook you need to check online after a certain date or something. That way they don't say one thing and then change it online without making any effort to get the info out there.

brandon4455
nice fish all these pics are giving me a salmon fever!!
You must log in or register to reply here.

Merwin was on fire on Sunday, December 5th!

Saturday at 5:52 AM
The Guides Forecast