I swear it's cheating!!!

S
SturgeonSurgeon
So a buddy and I found the best small mouth bass fishing spot in all of Oregon. You say this can not be...but yes my fellow fishing pals it is. We average around 20 smallies in 30 mins to an hour. Some of them small but the majority being 10"+ some above 15". In the area that we found is a small channel that was man made. There is a large mill across the highway that uses the river water to cool down machinery inside the factory and when the water is to hot they pump it back out to a small channel that feeds back into the river. The water temp is usually around 80 degrees year round so fishing is good all year. At the base where the water is flowing back into the channel is where they all congregate. I SWEAR IT'S CHEATING! It's like fishing at a hatchery, but boy is it a lot of fun especially when you have been having some slow days. Anyway just wanted to brag a little.
Last edited: Jul 7, 2011
C
colbypearson
Nice fish but if you ask me the only thing your cheating is yourself.
S
SturgeonSurgeon
How is that? I view it as treating myself. The fishing has been slow out here so when we feel like just reeling in a few and taking a break from the wifes and kids we go blow off some steam there. I'm not trying to win a tournament or any top angler prizes just having a little fun is all. Truelly cheating is going to the market and buying your fish! Anyway good luck to all anglers out there. Have fun and be safe!
C
colbypearson
Its the whole "best smallmouth spot in oregon" thing, its fine and dandy you have some go to smallie hole, great...... its when you post your spot on a public forum and claim its like cheating and the best spot in the state (its not) its like your setting yourself up, never know you might not have a little secret spot to get away from the "war-fishing" lol.
Last edited: Jun 22, 2011

brandon4455
those are some nice fish.... but just a heads up if you keep keeping them at that rate your "best spot in oregon" will not produce anything. i use to fish spots quite the same until poepl started keepign all the smalleis they caught and i haven't seen one there for 4 years. I'm not bashign you for keeping them or anything but just saying it's good to release a few here and there that way there is more fish for the future. again, nice fish. they look healthy too
Last edited: Jun 21, 2011
D
Drew9870 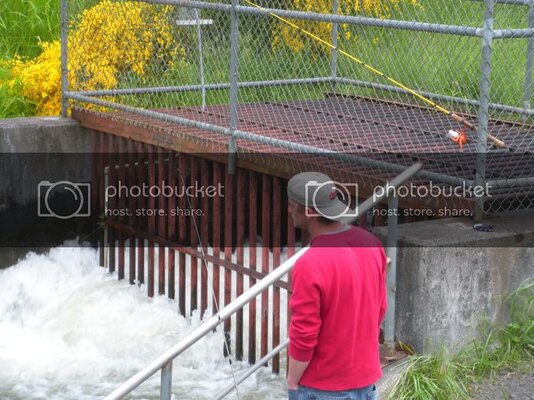 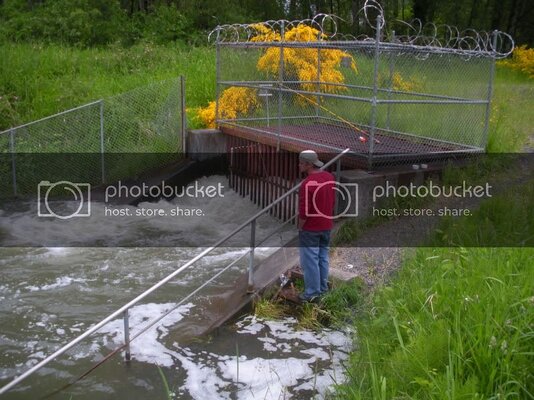 I didn't know they legalized fishing 100 feet from a fish ladder or weir.
S
SturgeonSurgeon
O.k. so lets clear some things up here cause obviously I was not clear enough and it is really hard to show SARCASM online, but let me straighten some things up.

1. We catch 20 every 30 mins or so but we through them back. The three I had on the stinger is the only three I have taken home the entire time I have known of this place ( about a month). I took them home because I have never had bass let alone catch one so I was excited to try it. Next the pictures us holding the fish up at the location was C.P.R (Catch,Photograph,Release) although I am sure you all know what that stood for. I am a firm believer in putting fish back. Nearly 95% of my fishing is releasing. I only keep every once in a while and only enough to feed my family.

2. BEST SPOT IN OREGON.........Just a joke. Everyone has there spot that they feel is the best spot, and for us well 5 min drive from our house and all the smallies we can catch.....pretty damn good to me. So don't take it so seriously (colbypearson)

3. IT IS NOT A FISH LADDER......It is the location that the plant pump's the warm water into the channel. The gate around it is for safety reasons. It is on private property and I have a permit to be on that property. Security patrol it and make sure people are not breaking laws.

4. I never intended for this to go in this direction. I meant it to be fun and just to brag about a friend and I finding a little fun hide away to catch fish. Sorry it got so analyzed.

***At the bottom of the pictures I said they tasted great. The 3 on the stringer did. The other ones where let go like I said. The pics where from three different days fishing.***
Last edited: Jun 21, 2011
D
Drew9870
I personally don't see anything wrong with what you are doing as far as keeping the fish, there are millions of people keeping Bass everyday. I don't think it sounds bad that you say ''I swear it's cheating'', I say that sometimes when I'm catchin fish like nothin, hell, if I see someone else getting into the fish (that I don't even know) I'll call them a cheater just to get a little humor going.

Some fishermen are catch and release only (pretty sure you knew already), so they don't realize that the people eating fish were probably born and raised to do so, I know I was, nobody ever gave me guidance on releasing trophy size Largemouth, but I do now, same with big native Rainbows, I only release Trout (nowadays) because no matter how you fix it, it still tastes like a Got-damn Trout.

The reason why I brought the legalities up is because I have never once seen a spot right below a gate in the river that was legal to fish, usually one has to walk past the gates that also border the water (usually the gates extend 100').
Last edited: Jun 21, 2011
C
colbypearson
Its no big deal, the nature of the original post was confusing, thanks for clearing that up.
T
tomriker
sweet flame thrower! and hot water that is pumped out of a plant? me wonders if any of the fish have 3 eyes or legs?
T
TTFishon

tomriker said:
sweet flame thrower! and hot water that is pumped out of a plant? me wonders if any of the fish have 3 eyes or legs?
Click to expand...


I was wondering the same thing. lol The paper mill in Springfield sucks water from the Mckenzie for similar purposes and the exit water is warm too and has a small percentage of dioxin and who knows what else in it.

BTW, nice smallies.
S
SturgeonSurgeon
Yeah I am not saying that the fish are paticulary safe to eat.....but I had to try them. I am mostly catch and release only out of there. If I see a 3 eyed fish or a fish with LEGS I will for sure put up a pic. lol
G
GraphiteZen
I thought Dioxin was a protein.......
G
Growbug
The factory has to be meeting all appropriate water quality laws if they are pumping back into a river or pond, but... see that foam at the bottom of the steps by your mates feet? That's why i wouldn't want to eat the fish. There is still SOMETHING remaining in that water when it comes out.
C
cookshot
Its definitely nice to have a place thats a sure thing. I've got a similar spot that I've brought up on the forum a few times, but for whatever reason no one fishes it. My favorite thing to do at mine is see how many different lures will catch fish. Good job!
L
lilsalmon
Good job boys....I just want to catch me a bass on a fly.....I keep targeting trout though...C&R of course unless I happen upon a very nice looking hatchery from decent water...then, yum...trout is good eatin
T
tomriker
KILL ALL THE TROUT! they are a nuisance
L
lilsalmon

tomriker said:
KILL ALL THE TROUT! they are a nuisance
Click to expand...

hehe...I will ignore that...ride along with us sometime...we can show you some serious fishing....
T
tomriker
meh, ill just stick to my ditch fishin'
L
lilsalmon

nothin wrong with that....gonna find me a ditch too...just to say I did...good luck to you
You must log in or register to reply here.