F
Fishpdx
So I spent my week well in montana , went to lewis and clark cavern caves, yellowstone and of course fishing. Orange powerbait egg worked best for rainbows, mepps and blue foxes worked for cutthroat,browns and brook. First lake I went to I was sight fishing the water was clear and you can see the spawning cutthroats salmon eggs or mepps were the best.
Just a few pictures of the trout I caught

here's a yellowstone cutthroat or a brown trout, im not 100% sure released safely. 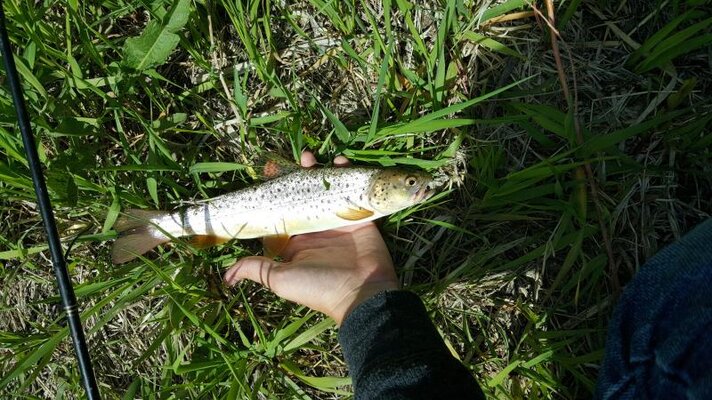 This was my first fish in montana caught it on orange powerbait egg. This bow was filled with roe. 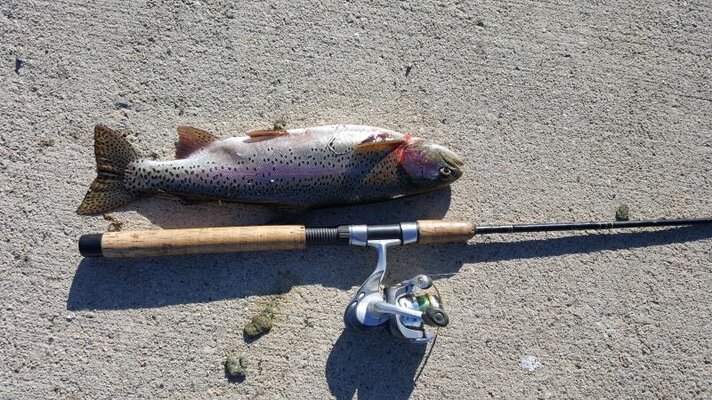 Caught this one on gold #3 bluefox 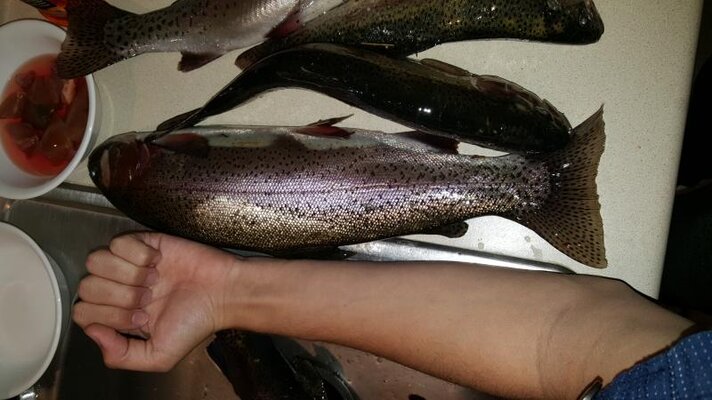 They look so much better before the ice. 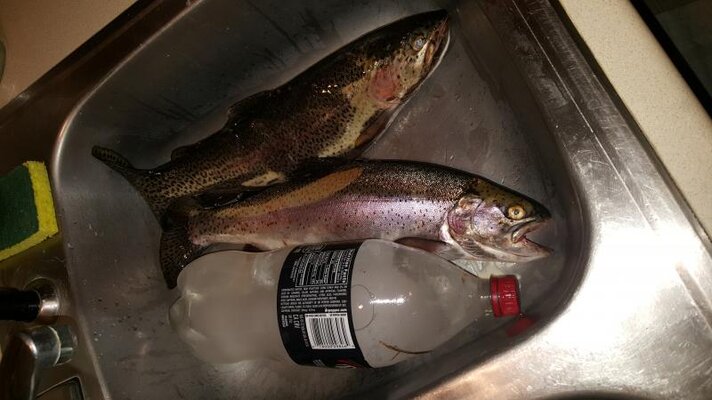 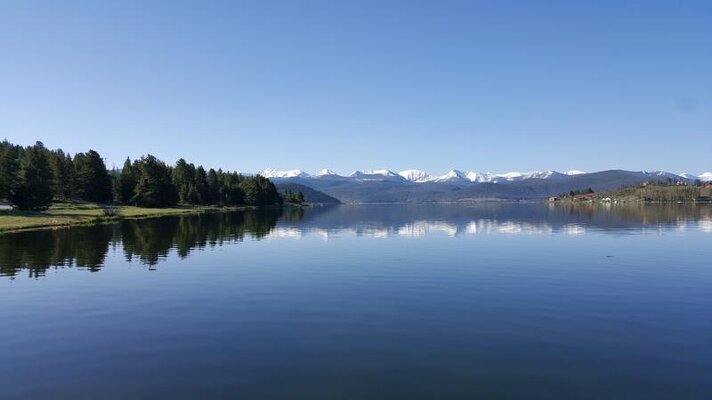 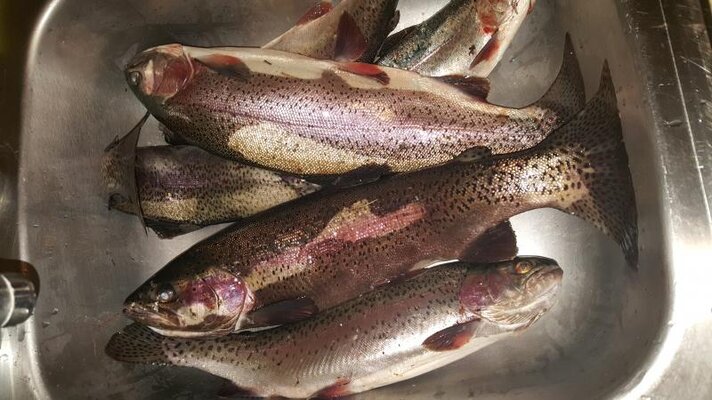 the color in salmon/steelhead/trout flesh comes from Astaxanthin:

"Astaxanthin is found in microalgae, yeast, salmon, trout, krill, shrimp, crayfish, crustaceans, and the feathers of some birds. It provides the red color of salmon meat and the red color of cooked shellfish."

once it gets in the flesh, it tends to stay there (it isn't converted to vitamin A the way beta-carotene from carrots is)....so the trout in Montana are either getting it in their food at a hatchery or from something they are eating in the wild...cheers, roger

update: haven't located any info on the food Montana uses but Big Springs Trout Hatchery page has this "Today Big Springs Trout Hatchery is the largest coldwater production facility in the state. The hatchery is capable of producing 130,000 pounds of fish annually. These fish are planted in about 100 different waters throughout the state. Different strains of rainbow are raised as well as Yellowstone cutthroat, brown trout, and Kokanee salmon."
Last edited: Jun 4, 2016

C_Run
Nice report. It looks like a very successful trip.
F
Fishpdx
The Trout guts were filled with crawdads and small krill I'm not sure where they found krill in a lake but I'm sure they were krill.

Carp said:
The Trout guts were filled with crawdads and small krill I'm not sure where they found krill in a lake but I'm sure they were krill.
Click to expand...

my thoughts are as follows-

think of the kokanee in Oregon, they are filter feeders and develop orange flesh from the food in their lakes, so astaxanthin exists in some foods in lakes...

as for Montana, I don't see anything in their regs about clipped fish, so I don't think that they clip any of their hatchery fish and they appear to plant all the species, so if they are using food with astaxanthin at the hatcheries (not sure why they would spend the extra money on that fancy food but who knows), so you could have been catching planted fish that got the color at the hatchery.

cheers, roger
You must log in or register to reply here.