Anatoliy said:
How do we know that count is dropping because they took the virus under control, not because everyone got infected and virus just can't find new bodies to infect?
Click to expand...

there are models for the % of people that need to be infected/recovered in order to cause a drop in new infections, I don't think any countries have come close to that yet.
P

Right. That point does come, not sure where it is, and I for sure and skeptical of the numbers anyway, due to lack of testing and general distrust of China’s reporting anyway.

Hans I totally agree with you it shouldn’t have been an either/or thing.

There is also a 4 hour result test rolling out this week in mass quantities.

Moderator
Most Featured
March 28- US looks to hit 2,000 deaths about 1pm PDT.

To put this graph in context, China has 4.3x the population of the US and a higher density (China- 375 people per sq.mile, US-87 per sq.mile). I think it is safe to say that the US is past the point where delays in testing would change the current situation.

For contrast, here is the data for South Korea, which took extensive early action and flattened the curve. The US has 6x the population of Korea, however they have a much higher population density (Korea- 1313 people per sq.mile). 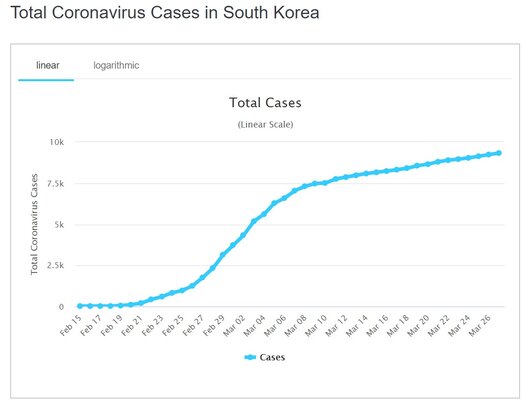 Moderator
Most Featured
Great article from National Geographic on the impact of early and longer duration social distancing, based on 1918 flu epidemic: 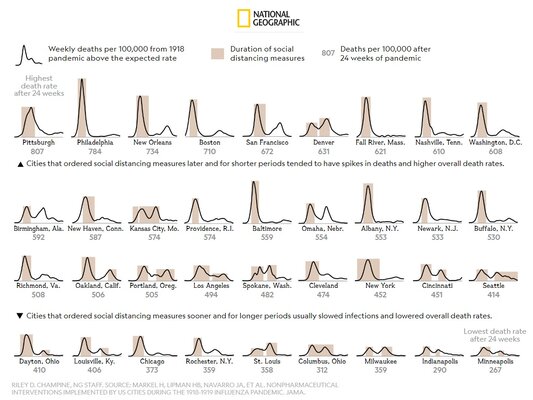 The tests that WHO had were giving false positives and false negatives.
There has been a nasty flu up and down the west coast for a couple of months now.
The media doesn't make money when people don't follow the news 24/7.
just sayin' So when you guys decide to criticize your government, think twice.
S

Bringing partisan-politics into the conversation is decidedly divisive and serves absolutely no useful purpose to where we are now.

I wouldn't want to be making decisions in ANY national level position now, or recently, given the paucity of information on constructive ways to deal with the pandemic.

Moderator
Most Featured
March 29- US growth rate in cases continues to rise faster than the other countries with major outbreaks, notice in the top right where I added the 200K and 500K lines. 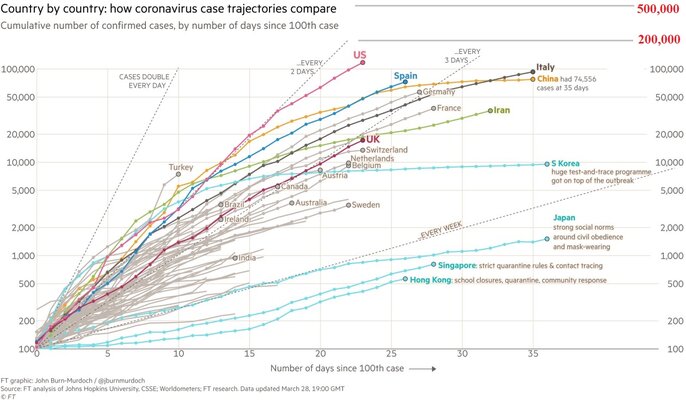 Anatoliy said:
How do we know that count is dropping because they took the virus under control, not because everyone got infected and virus just can't find new bodies to infect?
Click to expand...

Anatoliy- found a good article on this, common term is "Herd Immunity" and it almost always requires immunizations to achieve, unless the death rate from the disease is very low. It also depends on mutation and reinfection rates, plus how easily the disease spreads. Measles requires >95% immunity.

"Research so far suggests that the coronavirus has a lower infection rate than measles, with each infected person passing it on to two or three new people, on average. This means that herd immunity should be achieved when around 60 percent of the population becomes immune to COVID-19."

60% of the US population and a 1% death rate would mean roughly 2 million deaths.

Admin
Thanks, Roger. I was searching exactly for that type of information.

Moderator
Most Featured
I'm hoping for some good data to post soon...in the meantime, I think it's worth reminding people that the whole process of social distancing and limiting contact is not a selfish attempt to reduce your chance of catching a disease. Social Distancing is a proven societal technique of slowing the spread of a pandemic and 'flattening the curve' so that medical facilities and staff are not overwhelmed, which leads to unnecessary deaths and excess trauma for the medical heroes.

Social distancing by otherwise healthy people is about reducing the rate of spreading a pandemic disease by reducing the number of interactions between people because you spread it before you have any symptoms.


here is their explanation of the SARS lung symptom that is a key part of the higher mortality and why a shortage of ventilators results in excess deaths:

Moderator
Most Featured
finally some good news, at least for Oregon. If you heard something on the news about improved outlook for Oregon, with cases peaking sooner and less expected fatalities, it came from the IHME center of excellence at UW:

Please, Log in or Register to view URLs content!
I am watching the "deaths per million residents" data as a way to compare different states.
As of April 7, the US is at 33 fatalities per million (8 states and DC are higher than this, the rest of the states lower, Oregon is currently at 7 per million).
This data is from a column on the right side of this chart:

For comparison, based on 2019 data, auto fatalities in the US were 114 per million people. 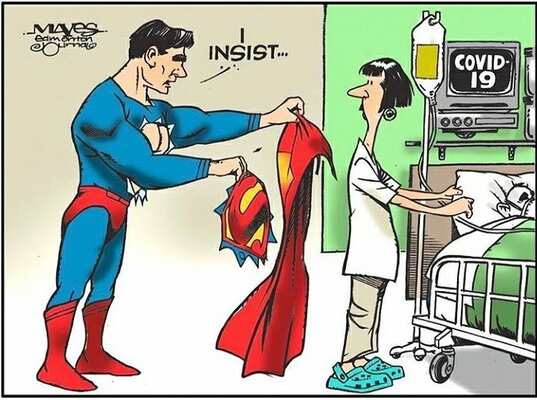