Im headed to Brownlee on may 11th through 15th. Hope my timing is rite. Has anyone fish this body of water soon after the water level has came up drastically?? Im not sure if I should wait another week to go?? Also has anyone fished at nite with submercible lights for crappie and catfish at brownlee????
D

Sounds like a fine time to fish the Snake, although June-August seems like the prime time, you aren't too far off.

Submersible lights, hmmm, not sure if that is exactly legal considering it could possibly be considered chumming, but I could be wrong, also just a thought. I would think of it as a good idea, considering light attract bugs/larvae>baitfish>predator fish, Crappie are usually found under houseboats/docks and the Catfish can even be caught on Crankbaits/Jigs, out of the 15-20 Channel Cats I have caught out of the Snake, maybe 3 were caught on bait.
J

I think your timing will be great. I talked to a couple of guys that fished a Bass Tourney last weekend. Although the weather was crap they were actually getting monster Crappie hitting Crankbaits. I wouldn't wait if I were you. I plan on being there the 14th and 15th for sure. That's when it turned on last year.
Hopefully the weather is right.
G

I just hope the water gets stable by then, its 58 feet below full pool rite now, last year at this time it was only about 12 feet from full pool. Just something to think about with all the snow in the mountains, take a look at idahopower.com for brownlee, it shows the reservoirs level and history
B

I fish over there and first thing to remember is that this is big water, not the local pond.
Crappie here will be in huge schools. Once you find them, you can spend all day on them. Schools seem to be of like sized fish quite often. If you find small fish, go find another school. Many of the schools will be 20+ feet deep. Red/white crappie jigs work great. Tipping with a worm doesn't seem to help there in my opinion.

Catfish. May and June look for the catfish to form balls. They are generally gulping carp eggs. Toss out a light bobber with a 1/4-1/2oz jig head. On the jig head, night crawlers, Mormon crickets, and the cheap bags of shrimp from walmart are top baits. Some love crappie guts. We noticed the big catfish balls in the late afternoon driving down the snake river road. 1 fish every 5 minutes is not uncommon. Expect the fish to average 4lbs, but some in the 20's are present. Good luck, and watch for snakes.
D

Good advice, those Crappie get huge, one houseboat around Richland has produced buckets and buckets of Crappie averaging 20''!!! If you are finding fish around 10-12'' and aren't completely satisfied, you can find bigger ones. 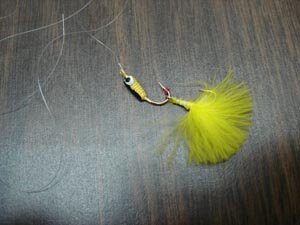 but with a white/black body and white tail. Red and White jigs however fished just as well next to the skunk, and worm never made much difference.

Sometimes you get a bonus 1.5lb Yellow Perch.
You must log in or register to reply here.