To paraphrase a certain movie: #ISEEDEADFISH 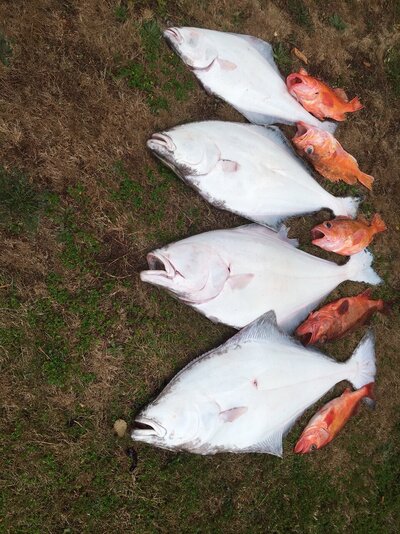 Buddy you're gonna have to start inviting us all over for DINNER!!!
G

Took a little longer today and no monsters, but it was a beautiful day! 30 mph all the way home! HAVE FUN! 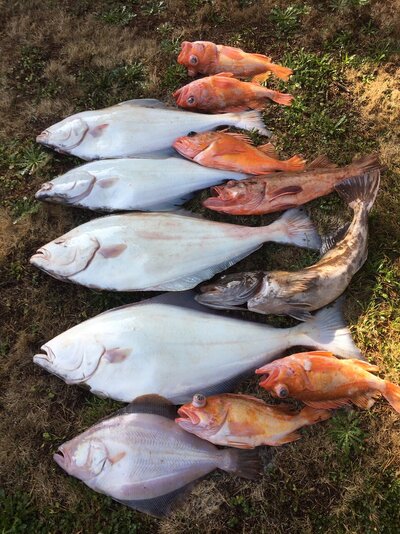 Crikey...were gonna have to rename that spot Gulfstream flats or sumpthin!
G

Made it back from weekend trip to Bandon with the boys. Thank you to everyone for advice on surf perch being line shy and fresh water options near Bandon. Weather was for the most part just fine, but ocean was rough as a cob. 4oz lead sinker was getting tossed around like it was nothing. Still though, was able to pull one nice pink fin from Bullards beach, and four eating size kelp greenlings (biggest was 15" smallest a little over 12"), from the rocks at Basendorf. Sand shrimp and mole crabs were the ticket. Tried fishing off the north jetty at Bandon, but I think the Coquile was dumping too much mud. Don't think the perch like fresh brown water that much. Had to move further north along the beach to find the perch. Eventhough we only landed one perch, there were others there as we were getting bites, just not able to hook up. So, we fed em some mole crabs and sandshrimp so they'll be nice and plump the next time we're down there.
You must log in or register to reply here.
Top Bottom