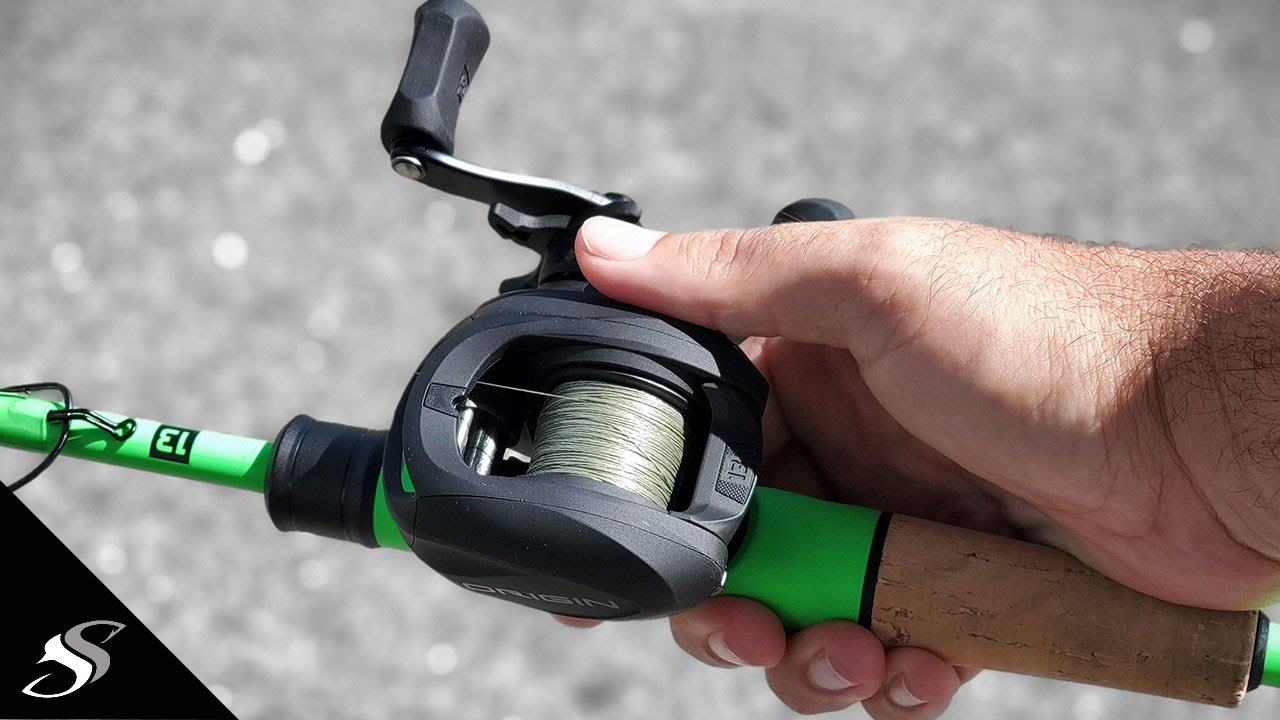 This is NOT my story,it comes from the GLASGOW DAILY TIMES sports section.

Baitcasting has always been a challenge for me. That's why I prefer spinning outfits, fewer bird nests. I do have some baitcasters but rarely break them out.

In this week's column from outdoor writer Lee McClellan of Kentucky Fish and Wildlife Resources, some advice is offered on how to prevent back lashes. Here's what he says:

Backlashes occur to even the best baitcasters, but to cut them down significantly, make sure you use the technology of modern reels to your advantage.

The spool tension control knob keeps the spool from spinning too fast at the beginning of the cast when the majority of backlashes occur. Another anti-backlash feature is an adjustable braking system usually located on the left side-plate of the reel (on right-hand reels). The braking system allows an angler quick adjustment for different lure weights to prevent backlashes. Heavier lures require more braking.

I learned early on that a pop of the wrist delivers extra distance when casting a spinning rod. Many other anglers learned this trick in their formative fishing years. It is a big reason why so many struggle with baitcasting equipment.

Use a lob style cast with almost all arm to let the baitcasting rod cast the lure, not your wrist and hands. Don’t pop your wrist as you cast a baitcasting rod or a backlash will likely explode in your reel. Wrist pop causes the spool to spin too quickly at the beginning of a cast.

It is a totally different sensation than casting a spinning rod, so practice with short casts before moving up to longer ones. Rotating your arm during the cast until your thumb faces your chest at the end also helps prevent backlashes.

Spinning equipment is easier to use than baitcasting equipment, but problems with loops, tangles and bird’s nests plagued me for many years until I learned a few tricks to keep them at bay.

Nothing is more frustrating than wading, floating or boating to a great fishing spot and hearing a swishing sound coming from your spinning reel on one of your first casts, looking down to see a giant bird’s nest around Line twist is the enemy of the spinning reel. It is the root cause of loops, tangles and bird’s nests. Manually flipping the bail of your spinning reel after the cast greatly reduces line twist. Cranking the handle to close the bail not only increases wear and tear on the bail spring, it also imparts several twists on the line. Over the course of a fishing day, those twists add up.

Many anglers panic when a fish strikes and begins to pull drag. They reel furiously, ignoring their drag. Reeling against a slipping drag creates monster line twist on spinning reels. Let the line slip before reeling. Keep your rod tip high to maintain tension on the fish while allowing the drag to do its job.

If you place the filler spool on the floor to do it yourself, reel a few cranks and inspect the line. If you see tight loops or twists form, flip the filler spool over. This keeps the line from twisting as it loads onto the reel spool. Stop reeling when the line reaches about 1/16-inch from the spool lip.

Resist the temptation to fill the spool completely even with the spool lip. Overfilling the spool in this manner creates huge bird’s nests and tangles, usually on the first cast or two.

If you do fall victim to line twist, cut off your lure and pull off about 10 feet of line from your spinning reel. On a stream, lower the rod tip and allow the current to pull all of the line off your spool. In a boat at slow speed, drop your line in the water and let the boat’s movement do the same. Reel in the line. The water’s tension pulls the twist from the line it will feel like a new spool.

I intend to put this to the test next week...cross your fingers for me. lol
Click to expand...

Well-known member · 70 · From Less than 50 feet from the Santiam River! :)
Mother of two,grandmother of four beautiful children!

Location
Coburg Area in front of the bass pond

All great stuff takes some practice recommend heavier bait/lure at first ,and start w/the anti back lash cranked up . Your absolutely right if you spend the time to get it down before you start goin for the line burnin casts you will have only the occasional nuisense nest and those are standard issue. Once you get them down the best set up for big fish my opinion.
S

After I figured out where the magnetic brakes were, I popped open the side and made sure all six were there. There are other kinds of brakes on other reels so you will need to figure out which one you have and how to adjust it. Set the brake system on full power. Ditto on heavier weights being better than lighter weights. The birdsnest event isn't really a backlash to me but a spool that is spinning faster than the line is coming off of it. I get what I refer to backlash with a baled spinner. I try to land the bait right where I want it but you really can't slow the line down. If I overshoot and I flip the bale back over it snaps the line back towards me and no where near where I wanted it to land. That's what I call a backlash. It happens with a baitcasting reel too if your thumb is too tight on the spool or your cast control knob is set to high.

I have gotten into the habit of checking my cast control knob setting every time I am about to cast. I have found that a slower smooth descent is better than a faster one, regardless if the spool stops spinning when your lure/bait reaches the ground. But if it doesn't descend at all you will get backlash.

I have practiced in my front yard and on open stretches along the river much to my satisfaction. I have been able to cast more accurately and further with my baitcasting reel and I am just a beginner.
Last edited: Aug 9, 2010
S

Now that I've been using my baitcasting rod and reel, I haven't desired to use any of my other gear. I just love both the short rod and the distance and accuracy I can get with a baitcasting reel. While I still get birdnests (over rotation of the spool compared to the line that is getting through to the end of the rod and out over the water), I am improving.

1. Having the right sinker weight and thumb control on the spool while casting are important.

2. Adjusting both the internal brakes and the spool control knob are also important.

3. Keeping the spool rotation locked down pretty tight at first will help prevent over-rotation for beginners. When you thumb down the line release lever, the lure/bait/weighted line should come down VERY slowly and make the spool stop the second the hook end of your line set-up touches the ground.

4. I have also learned that you should back the drag all the way loose (its loose when the line comes out easily when a fish bites and runs) in-between fishing because it is important to keep the spring mechanism that tightens or loosens drag in good shape.

"POP" goes the weasel...this is good enough to read again.

Professional over-run..lol, I'm pretty good at doing this...specially when I hook the brush on my back-cast

I still haven't mastered these things! Maybe this will help some who are struggling...
You must log in or register to reply here.