eggs said:
I got a new idea.. I am going to use my first born childs embelical cord to make some caddis pupa's
Click to expand...


I am speechless...
F
flyguy

The Plastic Bag Bug. I used a tan plastic grocery bag from Freddies; the ones they are preparing to ban 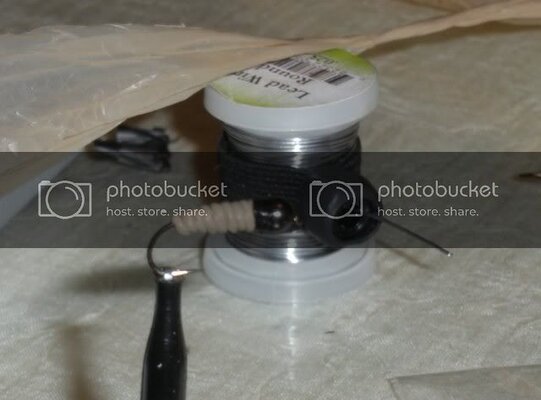 I know I can hook up with this!
Click to expand...

They'd probably put a rush on the plastic bag ban if they new people were tying them onto hooks and tossing them in rivers!!! I love it, very creative. High five!

eggs said:
I got a new idea.. I am going to use my first born childs embelical cord to make some caddis pupa's nymph... fly should be ready by september!
Click to expand...

No bueno! That'd be BAIT - and bait fishing is teh ebil!

Now if you made a fur and feathers or hair replica of his/her umbillical cord... what's next - fishing it with a BAITcaster rod with a corkie to float it??? :naughty:


I'll bet red floss with some pipe cleaners would make a pretty good replica though. Sort of a giant San Juan worm...

GungasUncle
I know I"m the contest originator - but I had to post this up here... this is my first example of a fly tied with some 'unconventional' materials:

I call it the Lint Trap Leech

This example is tied on a #1 light wire XL shank round bend bait holder hook, that I had bent the shaft on, originally to fish with 4" finesse style bass worms.

The recipe calls for:

Basically, this is a really ugly Woolly Bugger, tied on a bass worm hook, with different colored materials.

I will say this - the lint collected in our dryer is about worthless as a dubbing material. It doesn't pull apart easily, or spin on the thread smoothly and nicely. It clumps into hard little balls, I really had to work to get a decently spun dubbed lint body. maybe I need more natural fibers in my wardrobe...

Have not had a chance to fish this yet - but I'm sure it'll be a fish killer. And yes, I realize this is pretty tame from an unconventional material stand point. It's a start! I just don't have enough belly button lint to do anything with. Maybe my next fly will be made from chest hair clippings or something...
J
jimmy
yeah. . . it's on another thread, but still ugly as hell... 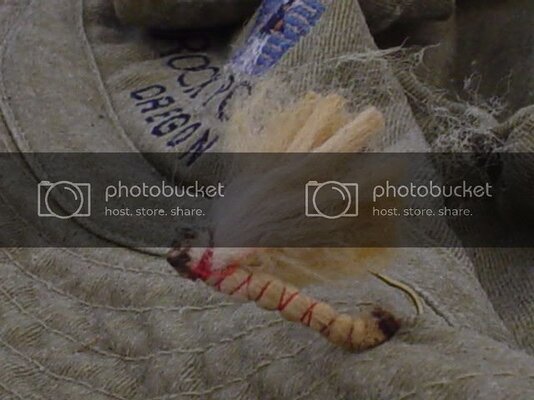 I plan on tying something 'dumb' up and fishin' it this year to see what happens....

can't wait to see the entrys!!
D
Drew9870
Cig butt fly, how genius does it get, I have plenty of those laying around, I'm gonna have to make one up with an orange bead and mylar wrap.
C
colbypearson
winner, winner sheen dinner.....speaking of matching the hatch does this count..... sorta kinda tied that one up in 2009... now all i need to do is tie up another one and find a really really big trout
Last edited: Apr 11, 2011
You must log in or register to reply here.

1st nook on a fly

Great day out of Willamette Park