Unfortunately the the only hobby I enjoy more than fishing, is spending money.

Time to retire the old tempress rod holder, I've had it on at least 5 different vessels now. Going to switch to the Scotty version, mostly for the rail option.

Found this battery on marketplace, it's generally the go-to on the motorized kayak fishing Facebook page, bought it as a backup for super long days on the water, probably test it at Alton Baker. I immediately don't miss the weight of lead-acid, but it was less than half of retail

Purchased another Trac Trolling Motor plug, not sure if I'll need it yet, but they are tough to get right now. 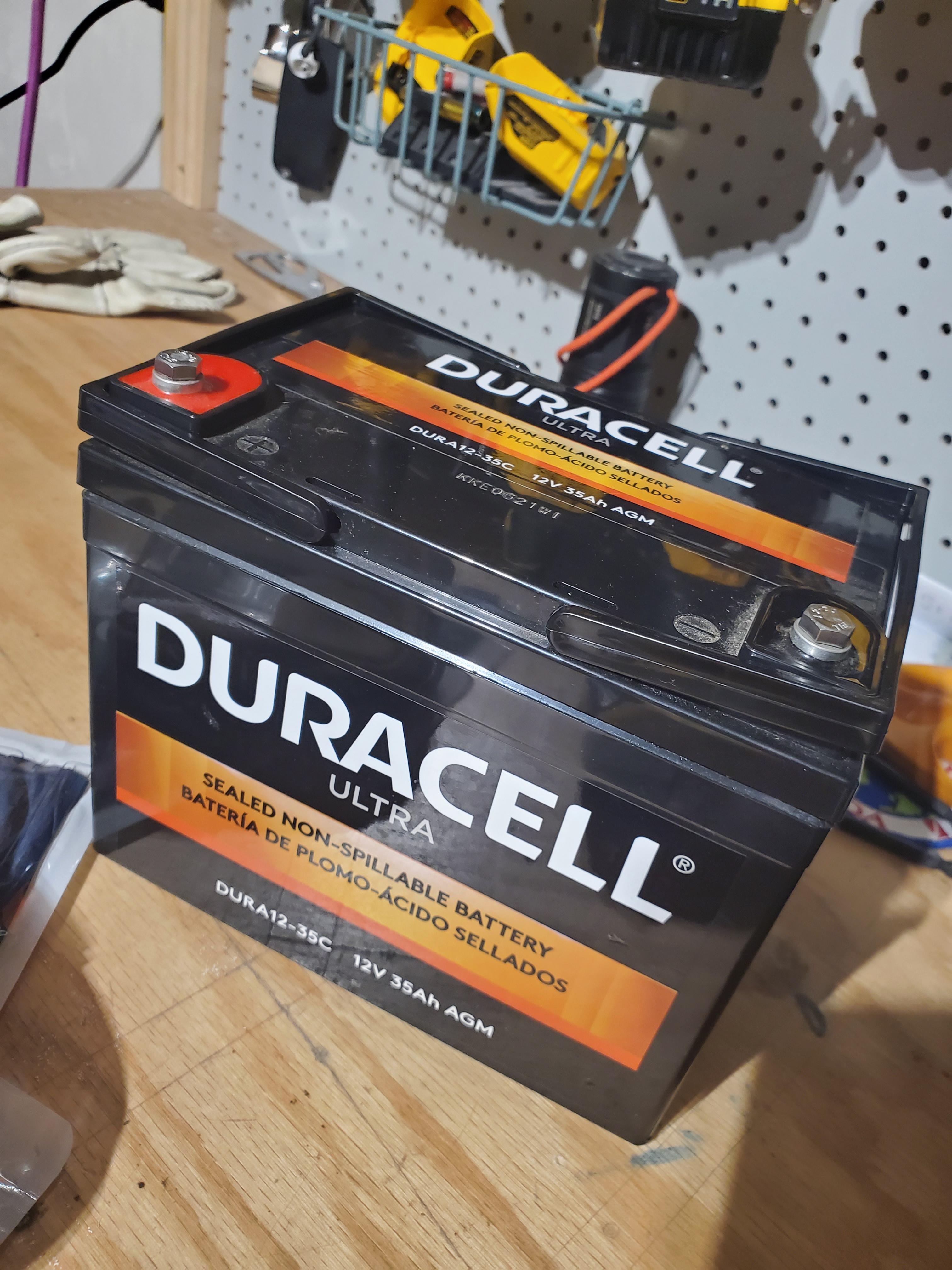 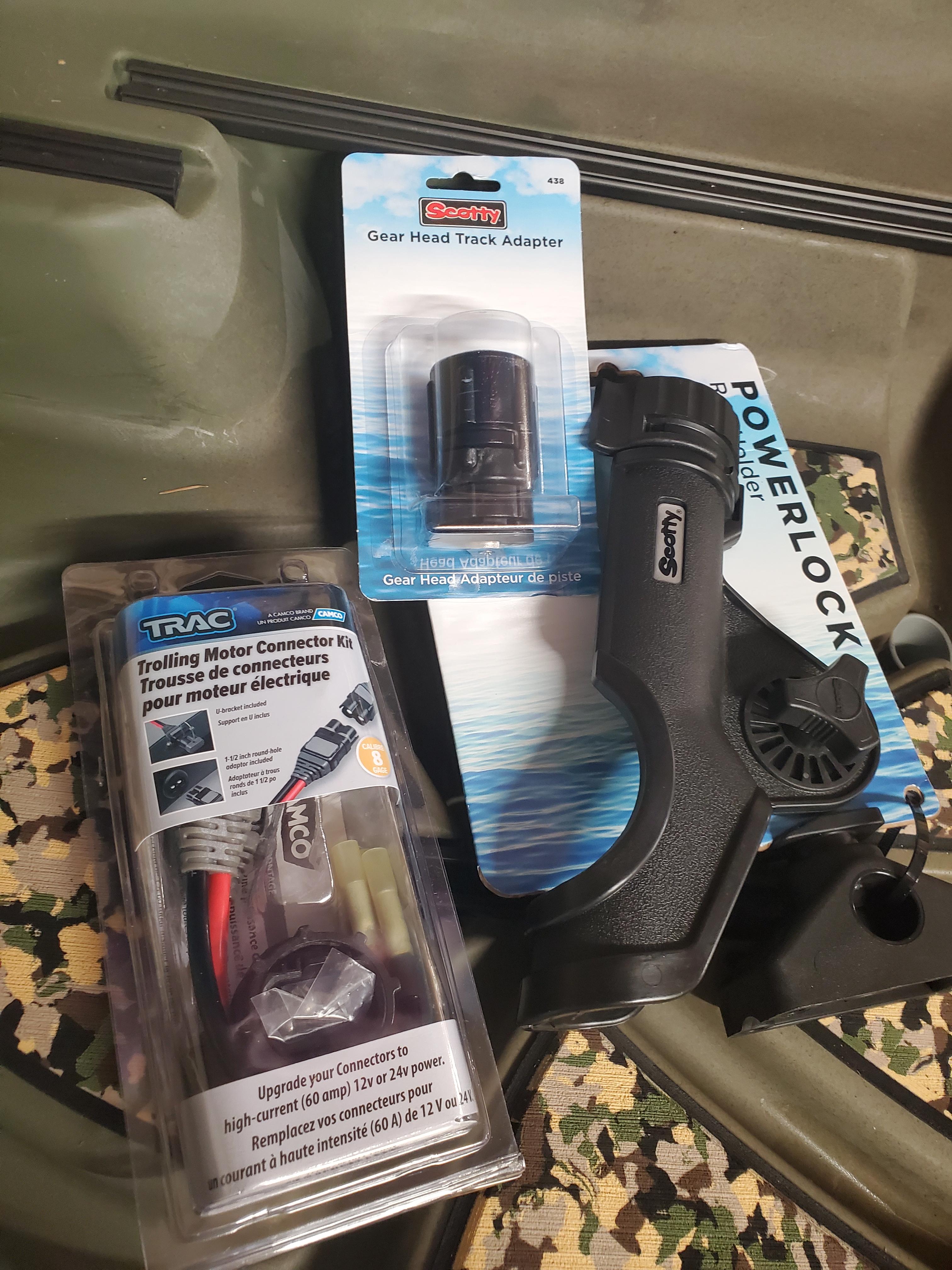 Thinking about Velcro between the box and the hull access plate it will sit on. (round access hat, I will secure it with the rudder strap as well.

Probably lock the handle in the upright position, factory option but I need to get pins. 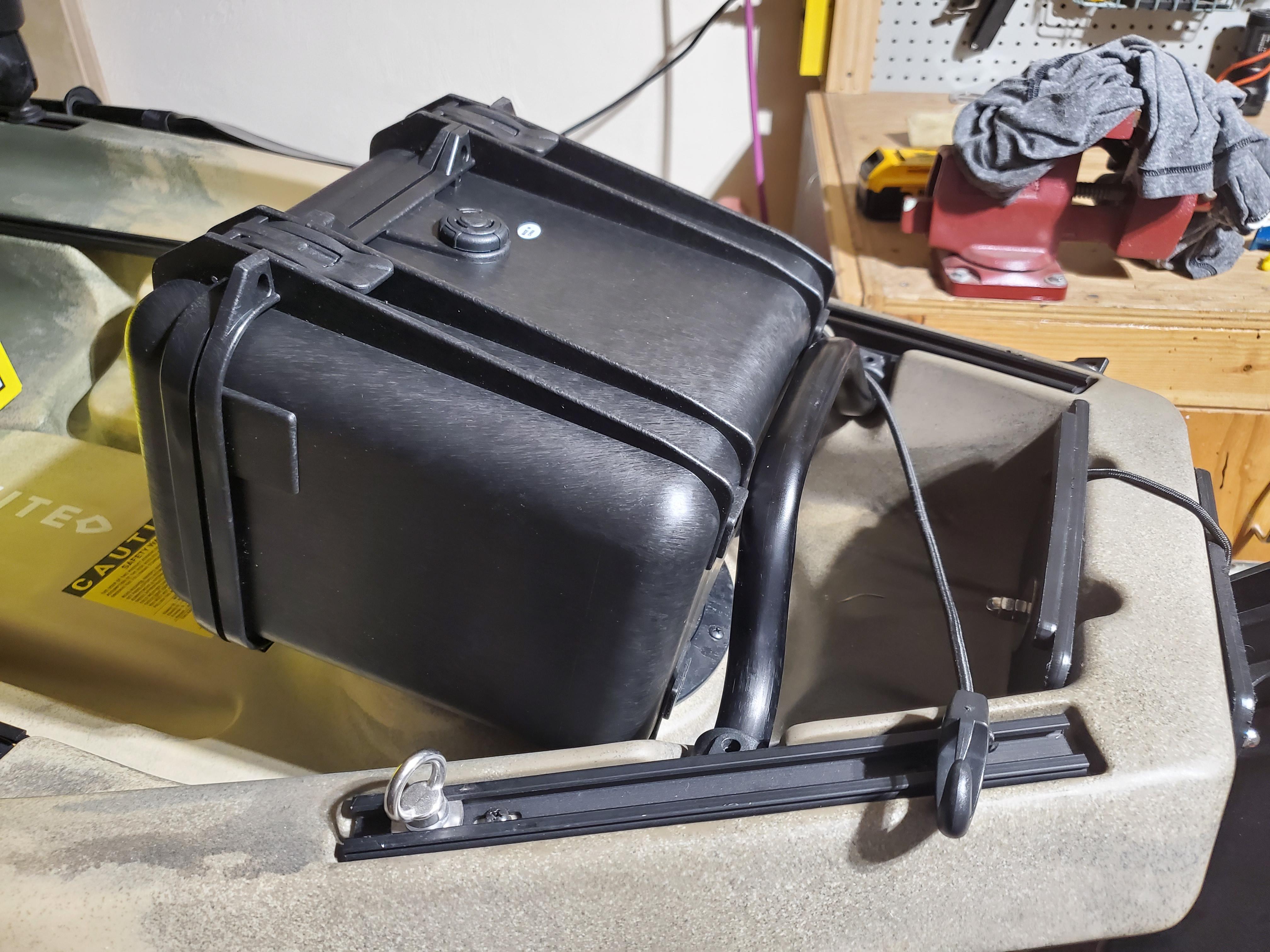 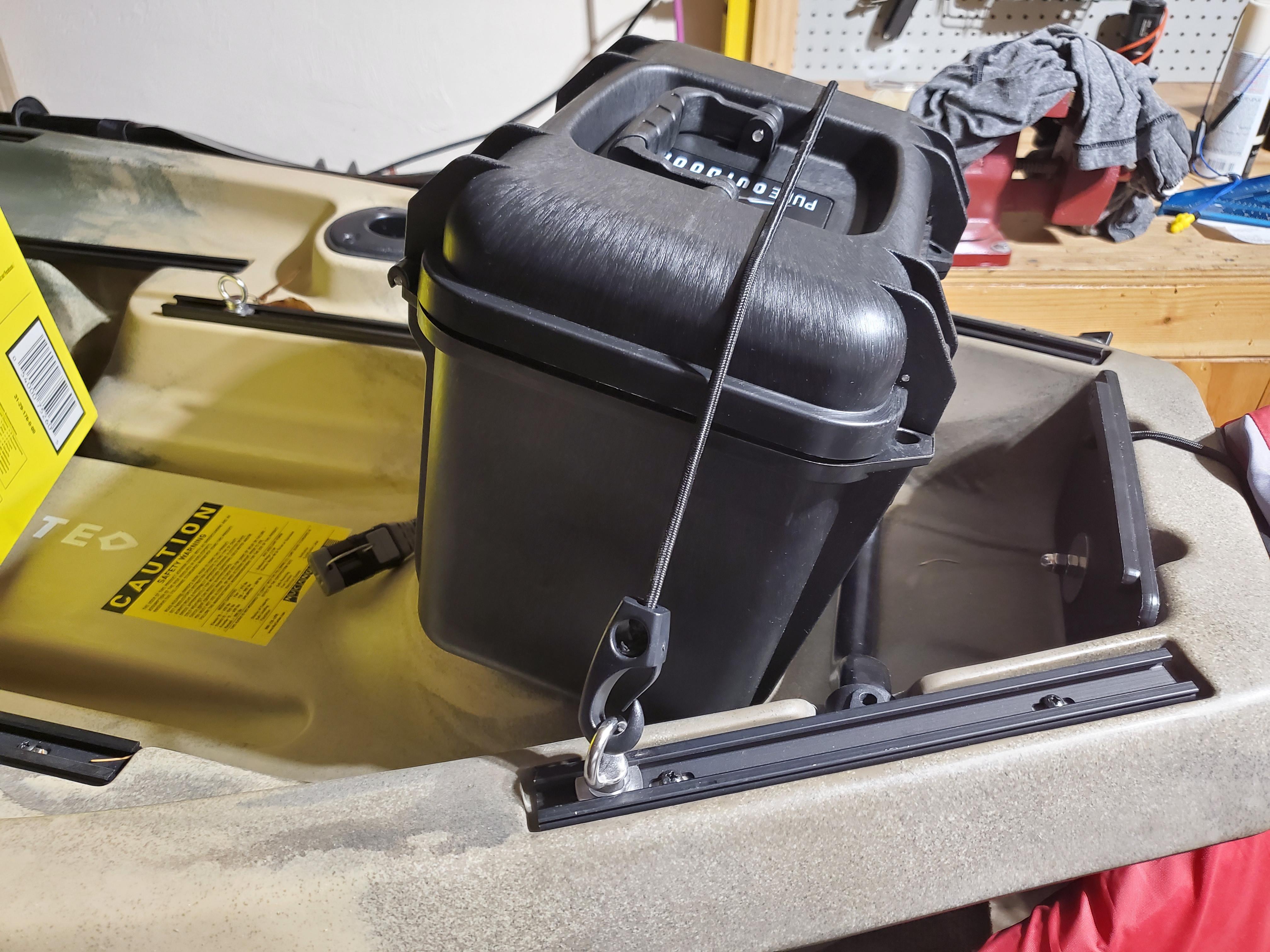 Forgot to update, I found a 2nd box that I ended up using.

It looks funny in the same spot but I won't have to paint it, which is the main reason I chose it. Also a little more room on the inside to carry an extra prop nut, pins, registration, etc.... 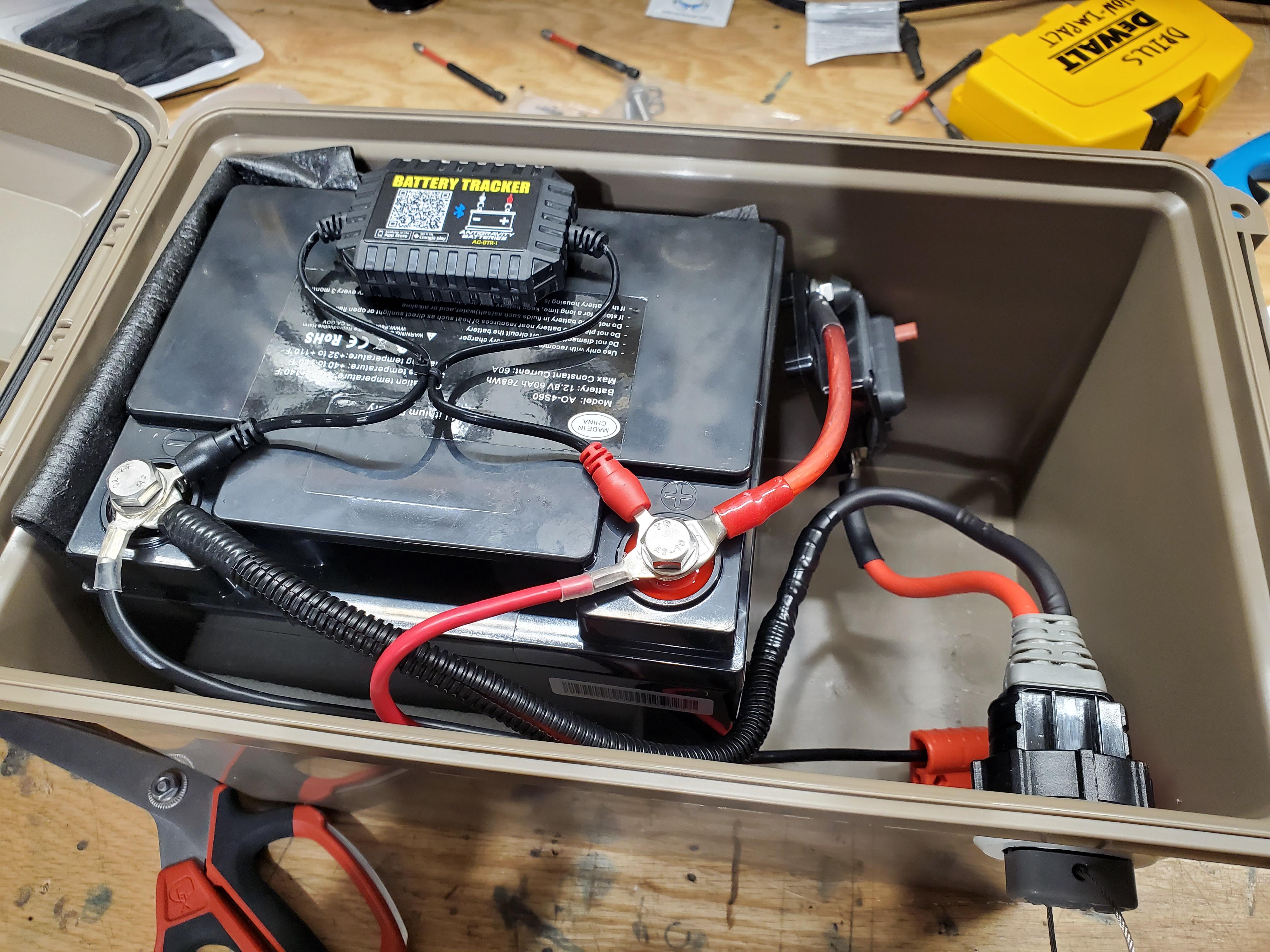 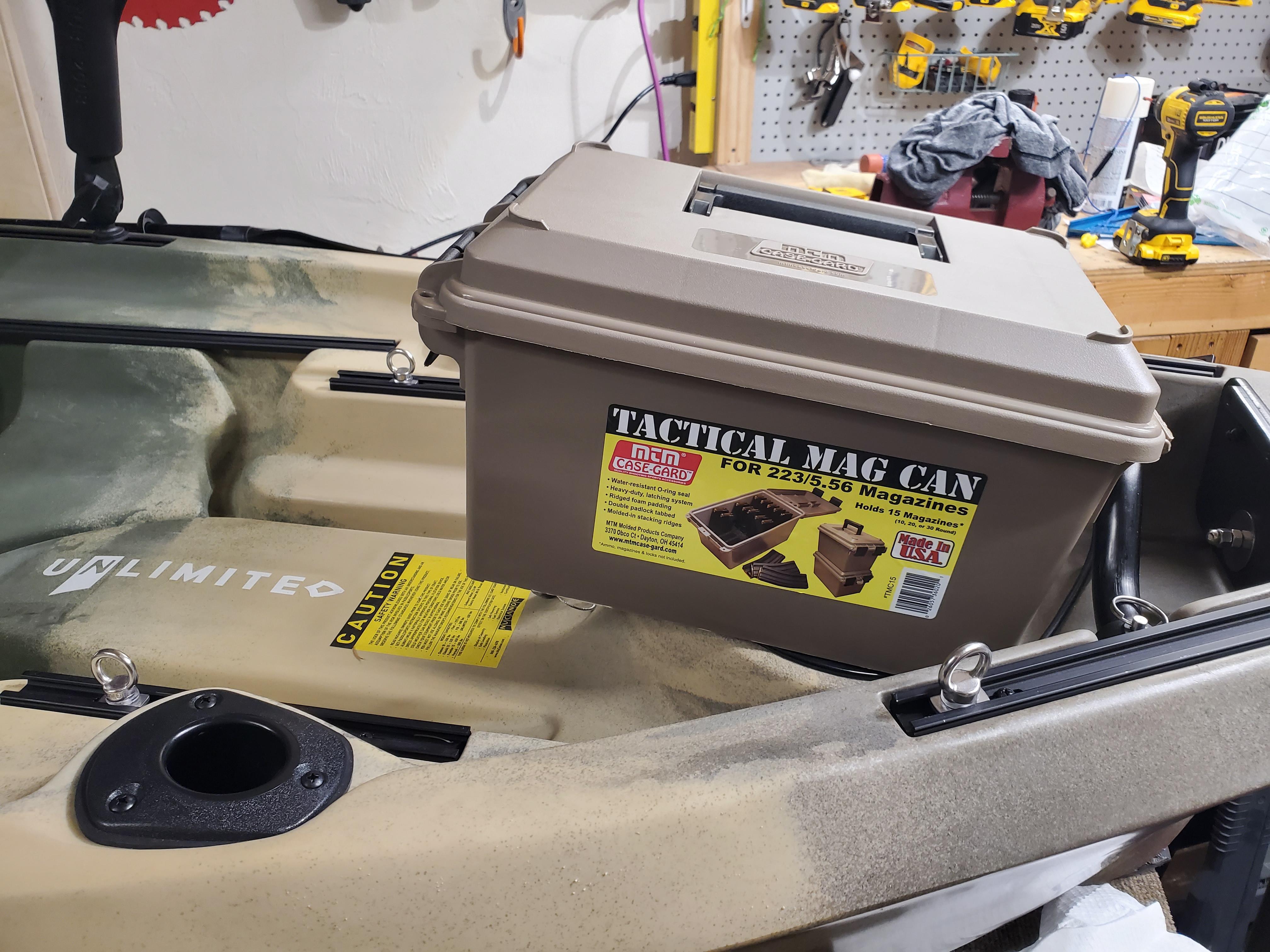 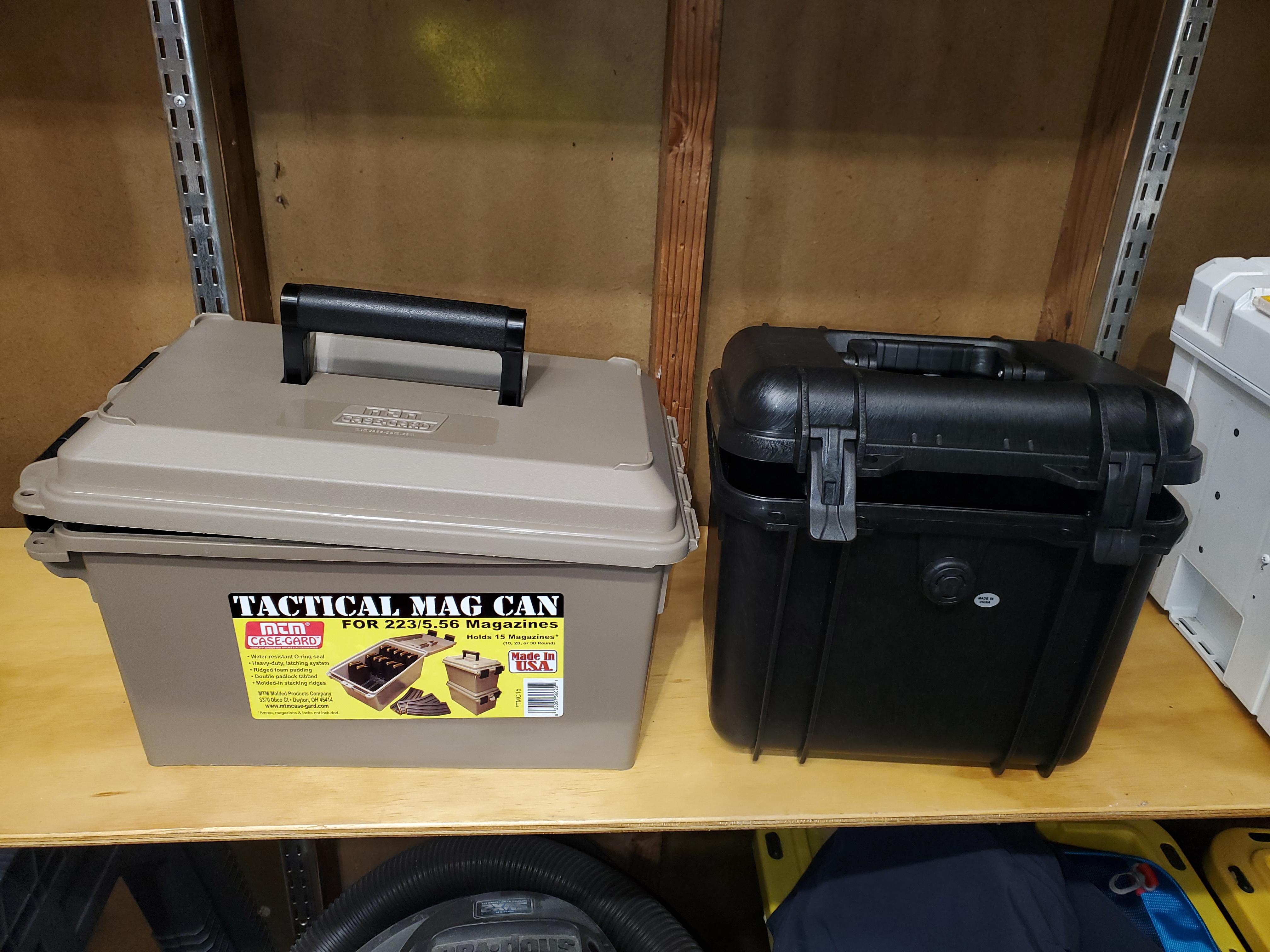 Been doing lots of rigging, more parts for bungee runs on the way as well.

Bought a cooler I thought would fit, right color, right dimensions online, but didn't work out.

New battery is up and running, I know my battery tracker isn't super accurate, but I appear to be using about 7aH of battery per hour in pretty heavy wind.

Even with the box on the deck instead of on the hull access, I gained 8" of deck space

Moved the seat about 4" back and I was right at the tipping point fore and aft, bow moved up quite a bit

I'll switch some of the gear out once the new hardware arrives, but it's pretty set so far. 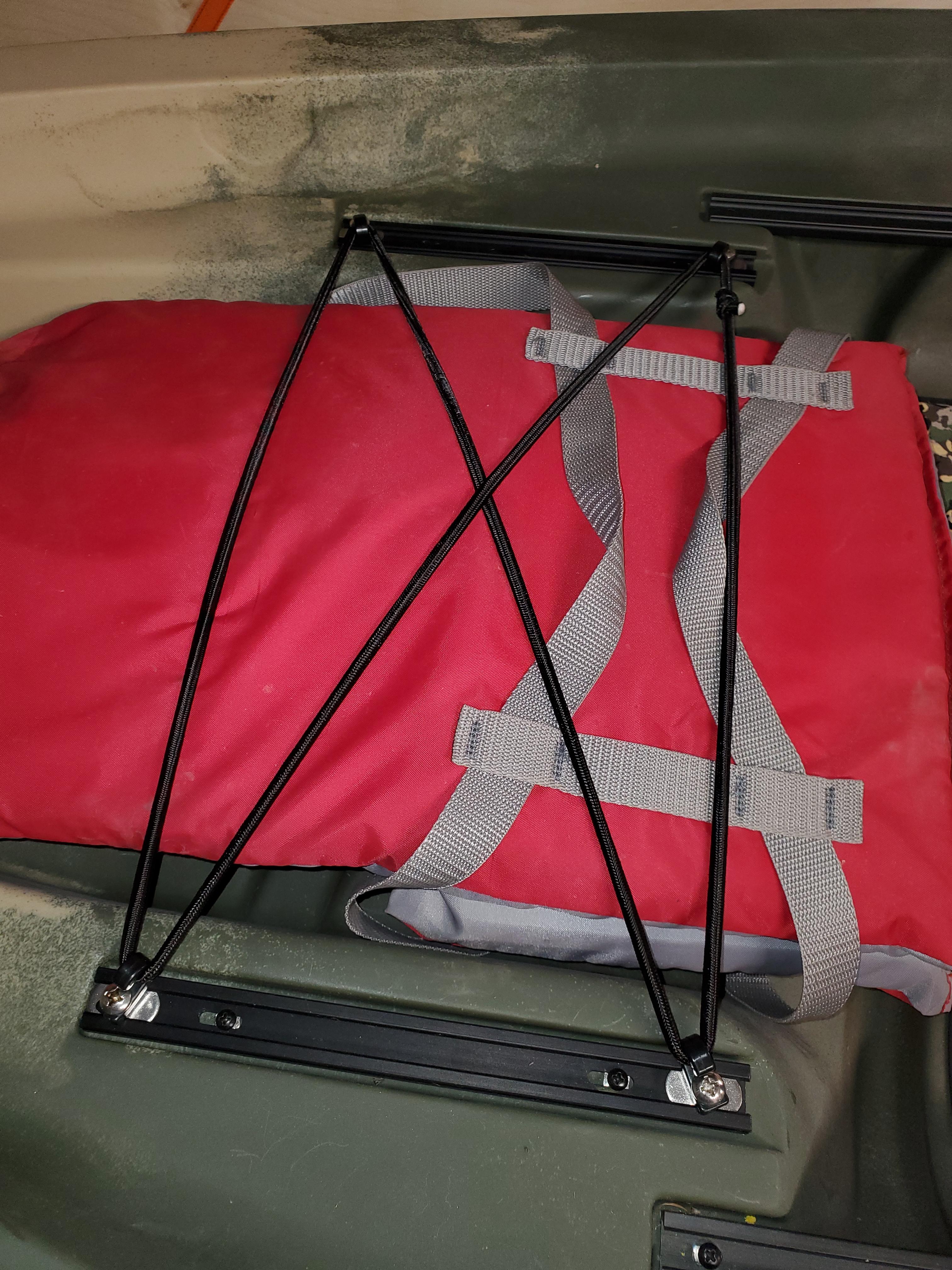 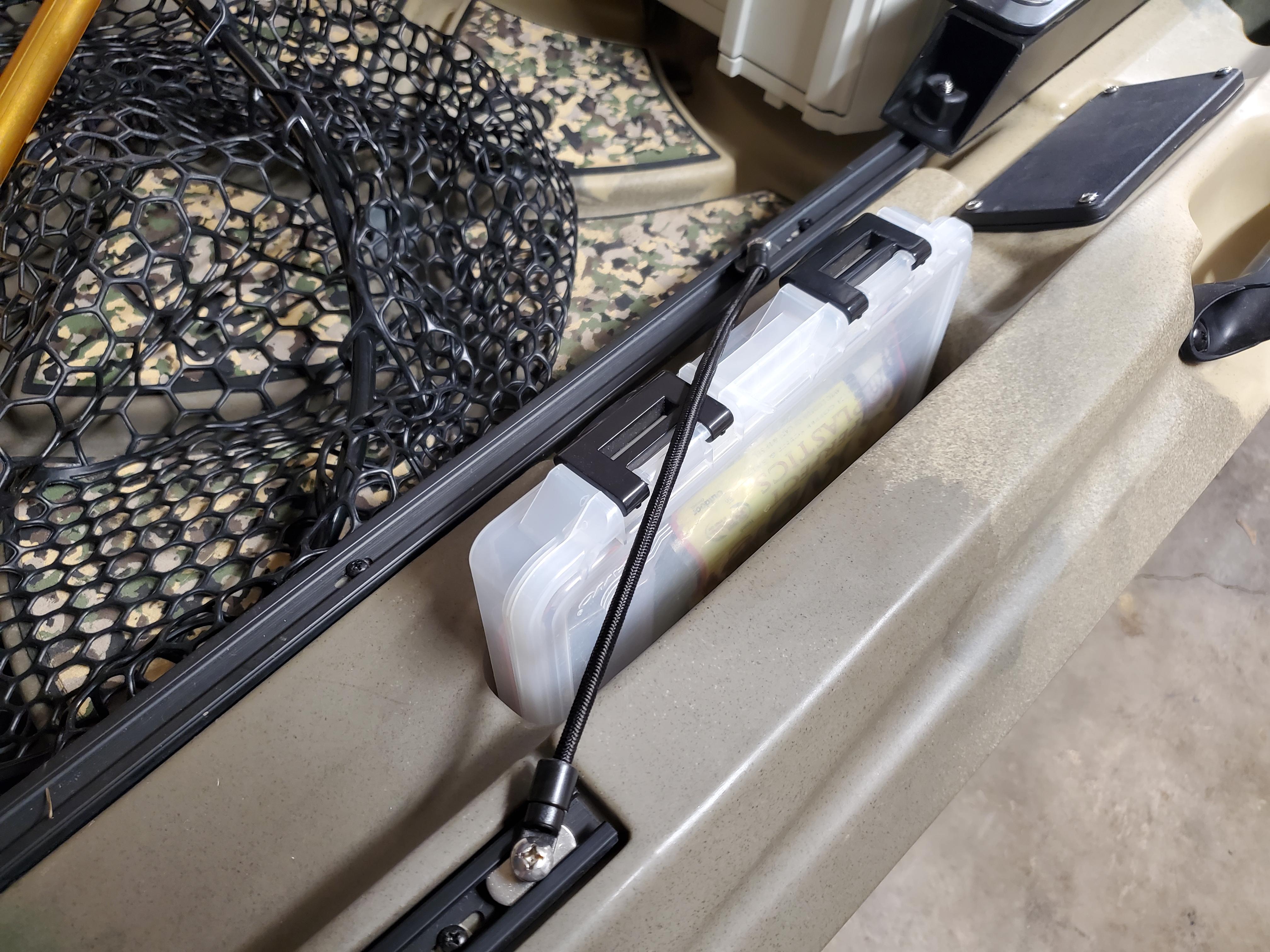 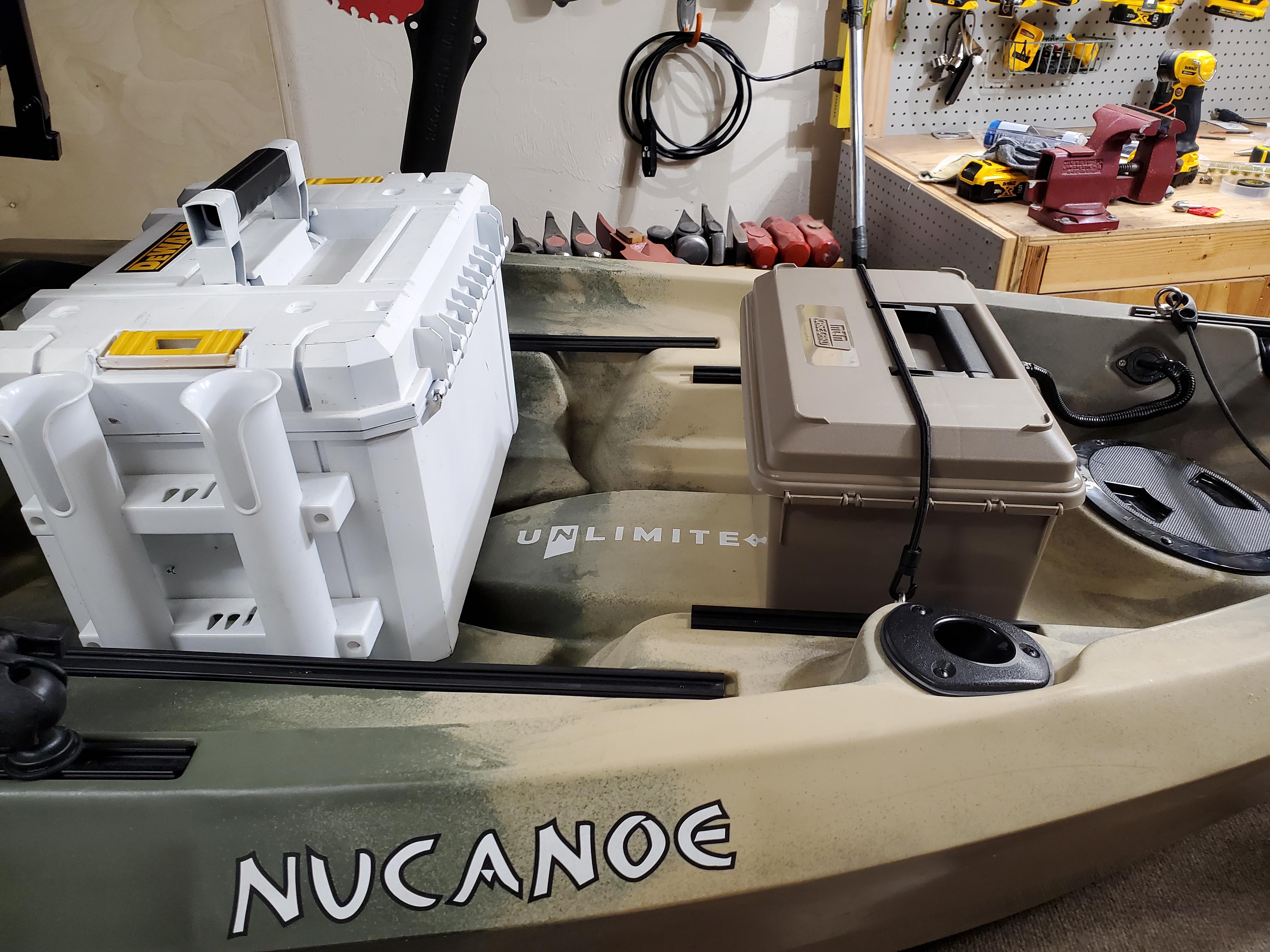 Revamped batter box with a shunt. Should be more accurate at measuring use

2 trips so far and haven't used more than 15% including towing another kayak all the way up Alton Baker. That is a slick arrangement you put together.

fromthelogo said:
That is a slick arrangement you put together.
Click to expand...

Thanks bud, next on the list is a gauge cover for it

Wouldn't be mine unless it was overdone

Cart should work just need to figure out strapping it.

Going to trim the plywood and route it 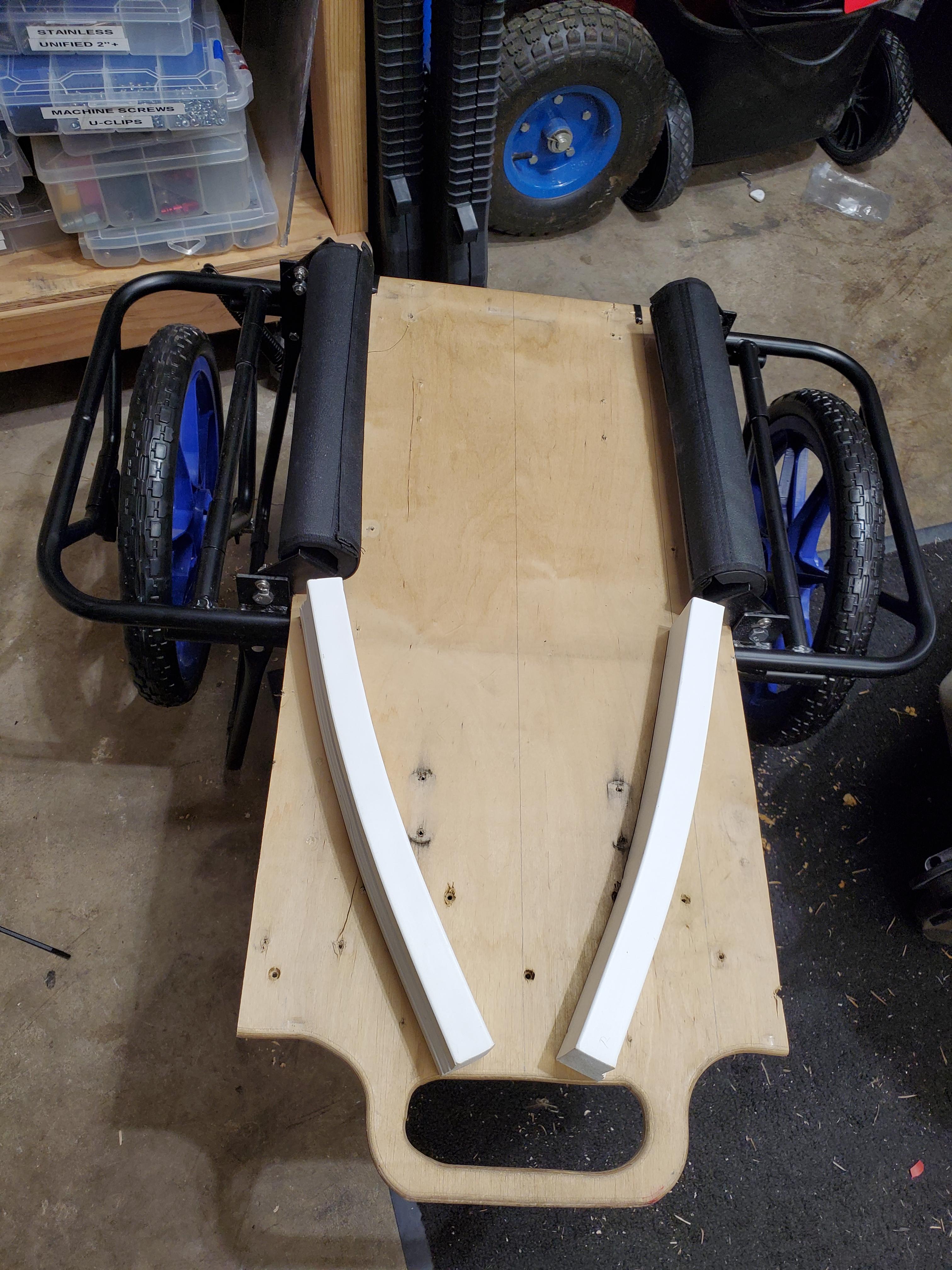 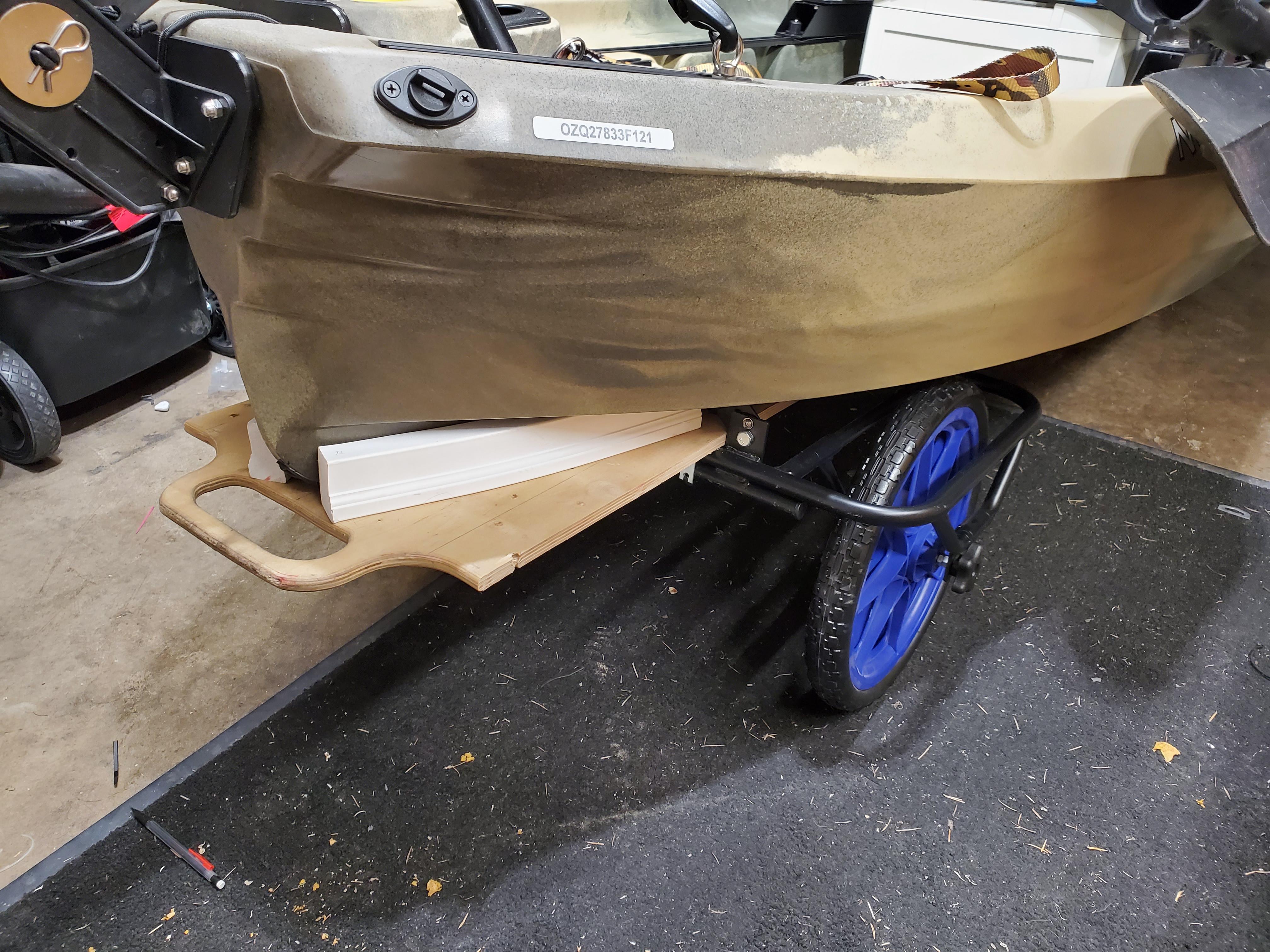 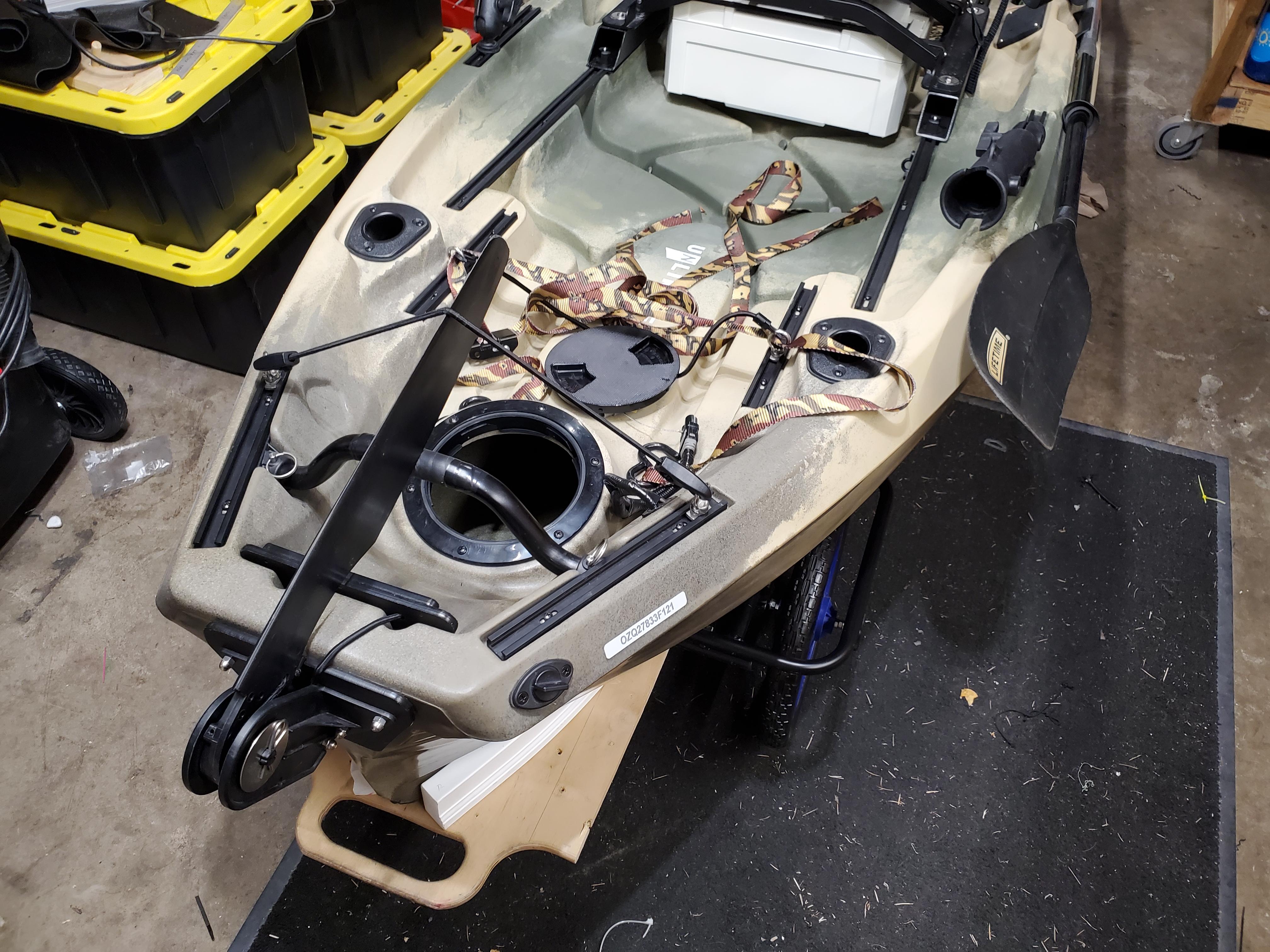 I got some notices of failed LCD screens in the sun, after I drilled the hole....

So I hollowed out an outdoor outlet cover and added it over the gauge, left enough room for a switch in the future 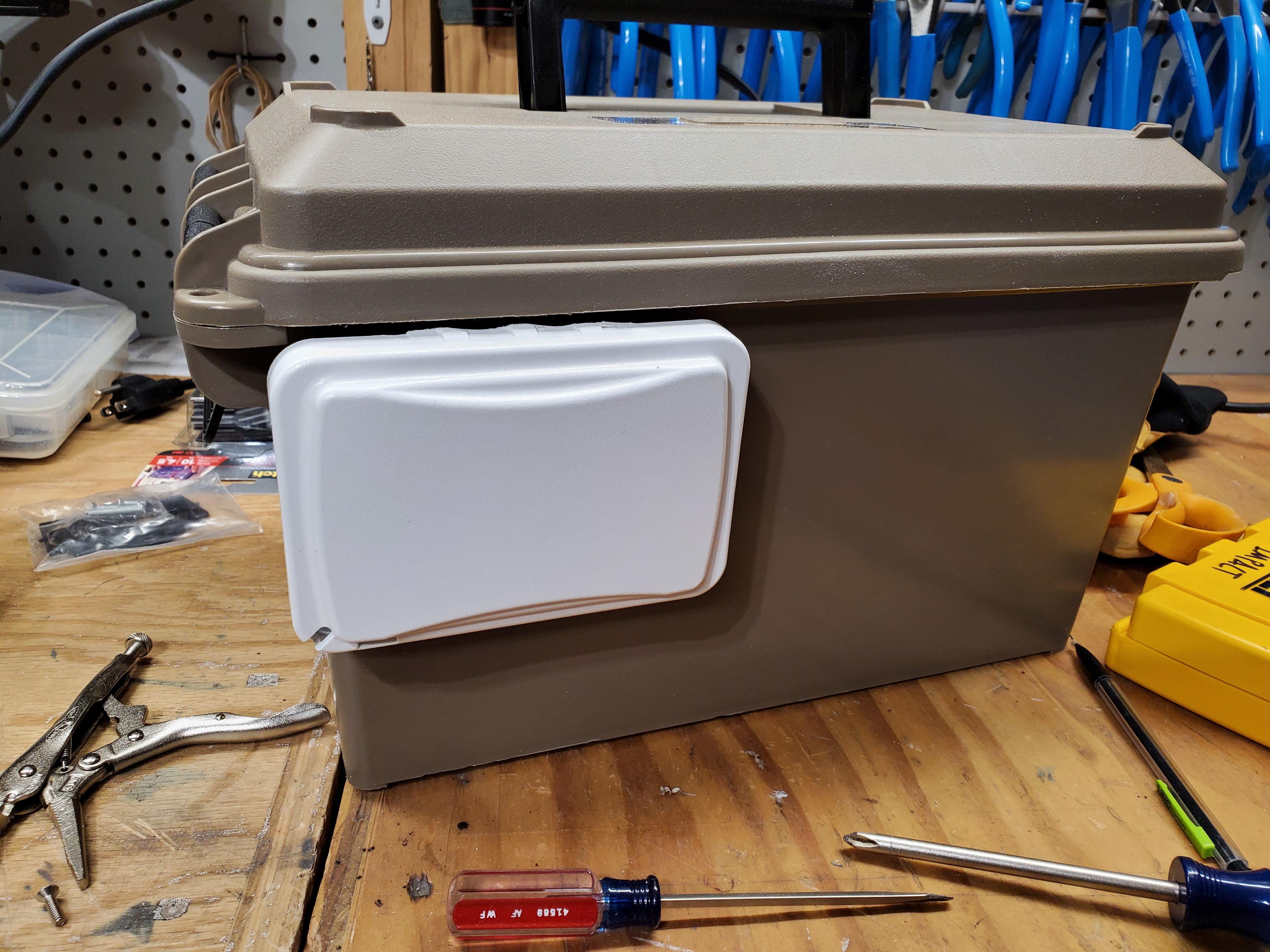 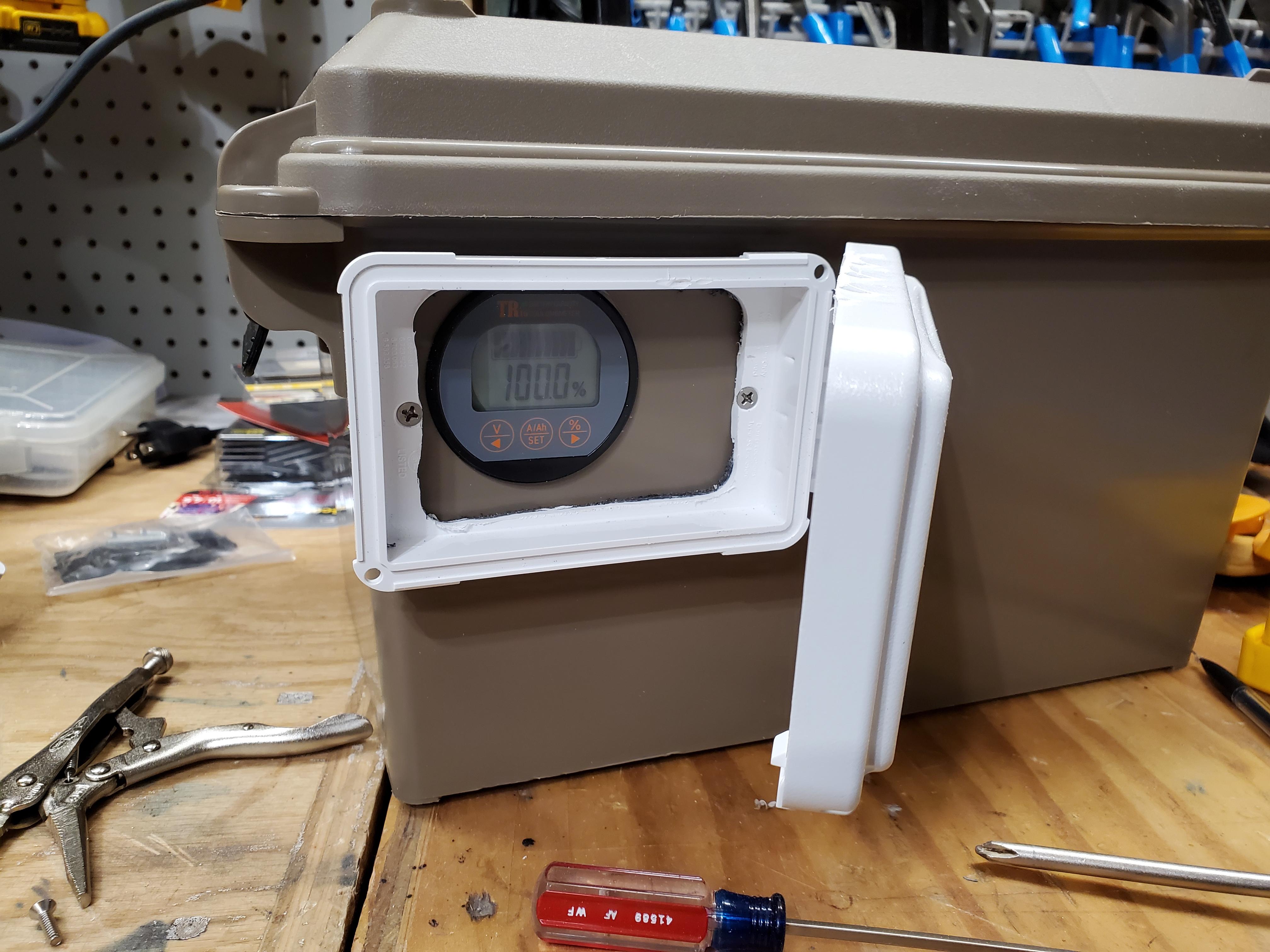 Usage might go down with a better prop, something that cuts weeds better.

Again today, another 2 hours in current at Alton and another 14% gone 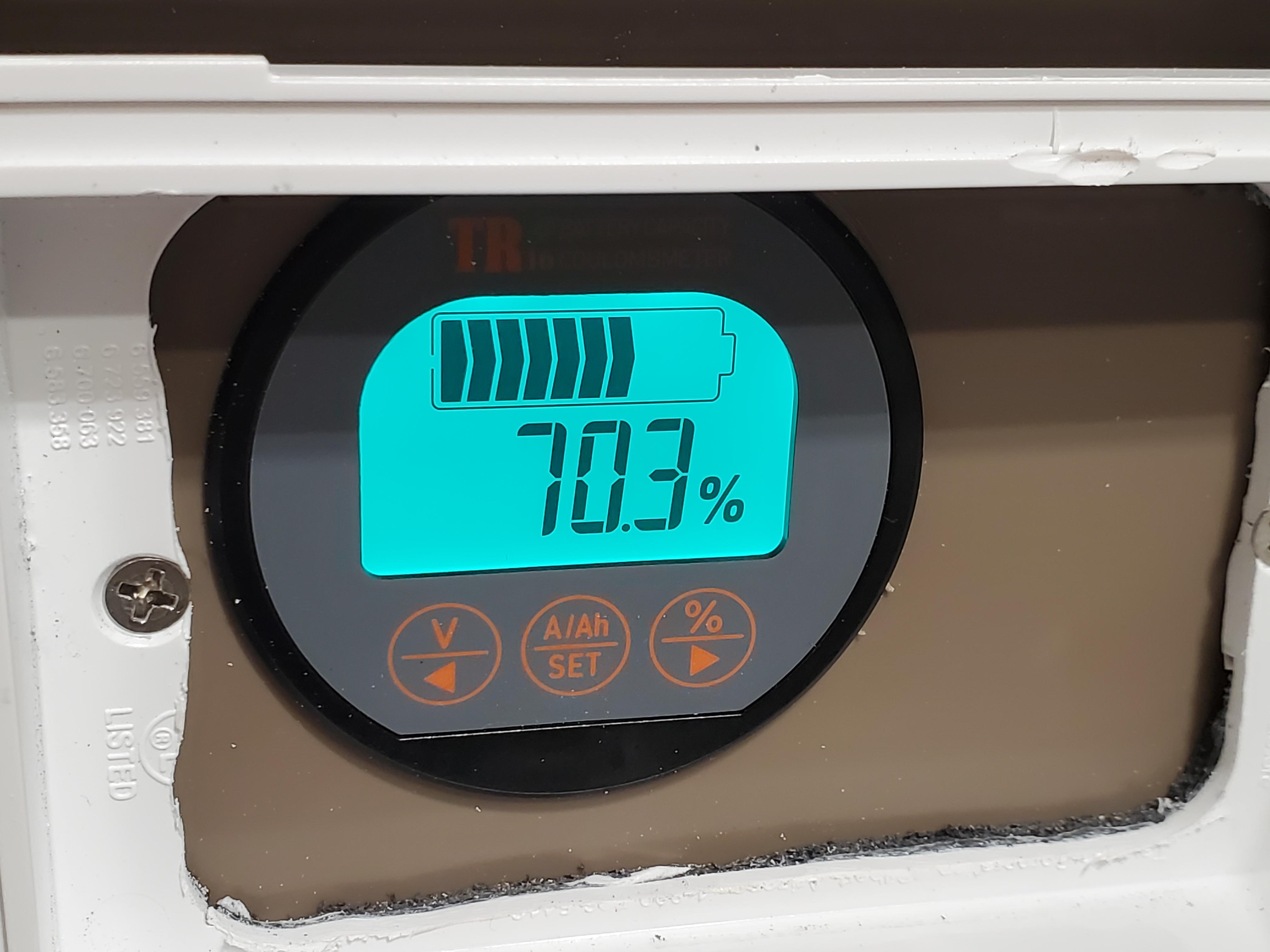