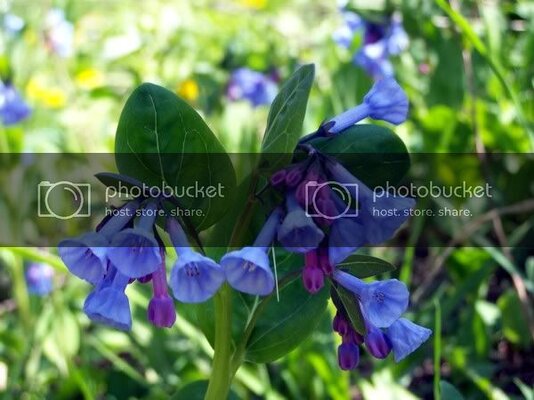 It’s only a matter of days and hours before the woodland trees become fully filled with leaves and the forest floor gets overgrown with buckthorn and nettles, mosquitoes and flies will emerge and for the most part the woods will take on a jungle like structure, but before that happens there is a brief time when the colors of Blue Belles and other wild flowers reign, and morel mushrooms pop up through last years fallen leaves. 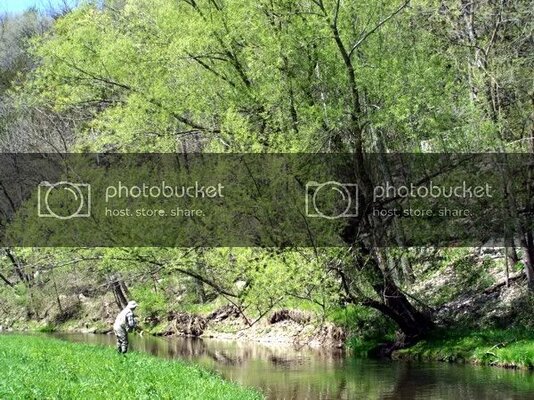 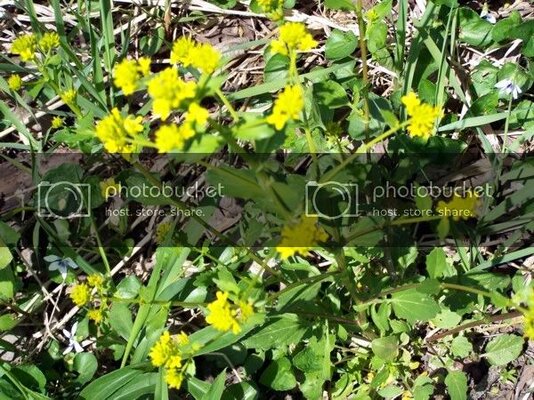 This a special time for Sue and I, and when conditions seem just right we try and get away to visit the Root river area located by Forestville and Maple Springs Campground, to just photograph, fish and reflect. 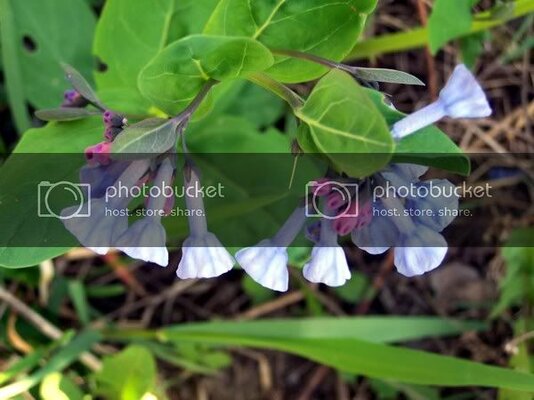 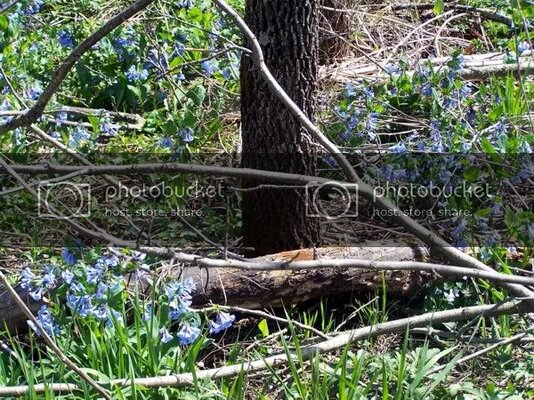 Today the water was almost crystal; the Blue Belles weren’t as thick as I have seen in past years but still plentiful. With low vegetation walking was fairly easy, and so after crossing the stream a couple of times and with just a short hike even the old van and road had completely disappeared. 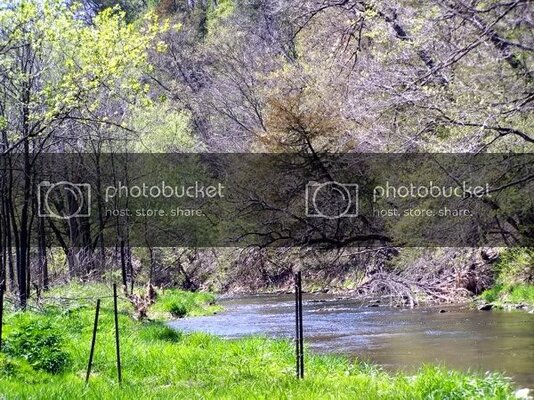 The area is less than an hour away from the city of Rochester, but the high sentinel cliffs that define its borders filter out the noise and urban hubbub and minimize the traces of civilization to cow pastures and a few fences. 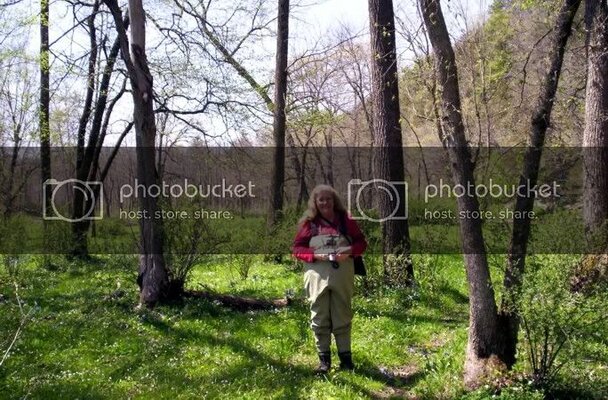 The opportunity to get out on a weekday with Sue is rare and usually limited due to her supplementing our dreams of retirement with a nightly process of pounding a keyboard, so there was only an hour or so for great pictures. Pictures of not just today but of the past as well. 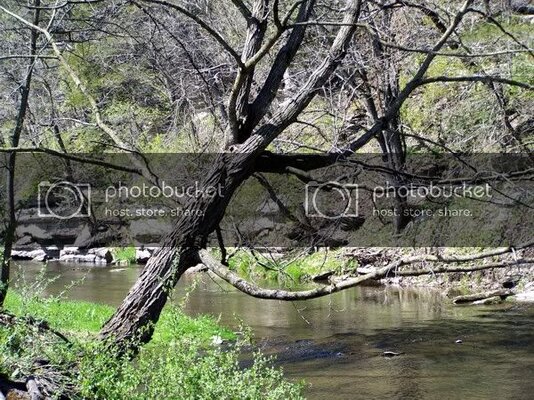 There was a spot by a high bank where my youngest son and I caught our first trout fly fishing, a bend in river where a good buddy who now wades distance streams; landed his first trout, there’s a tree limb where a client hung eight lures in a row trying to make the perfect cast, and a set of rapid water where on a cold March day; I lost my footing while trying to cross in high water and ended up swimming about a hundred feet before I managed to get to the bank. 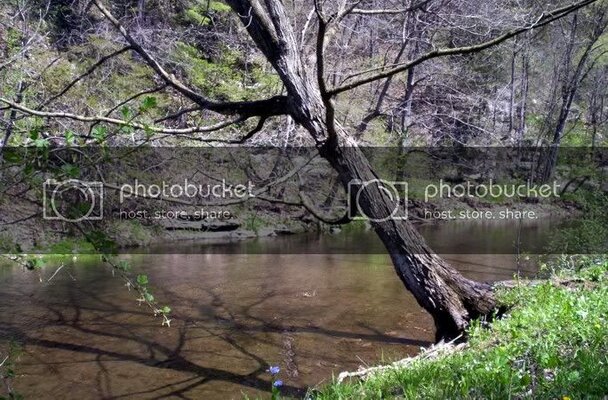 So while Susan’s camera clicked away and with the canyon walls echoing from the sounds of a thousand memories, I took my place once more at streamside and made another first cast. 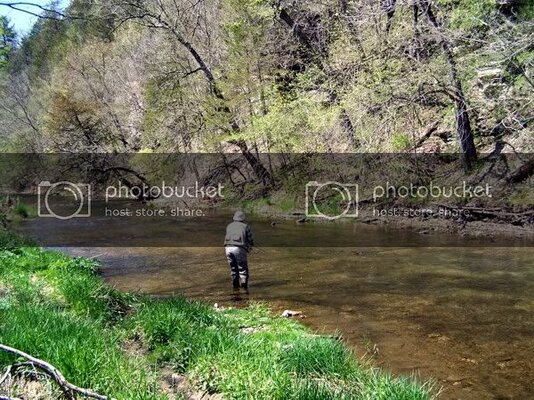 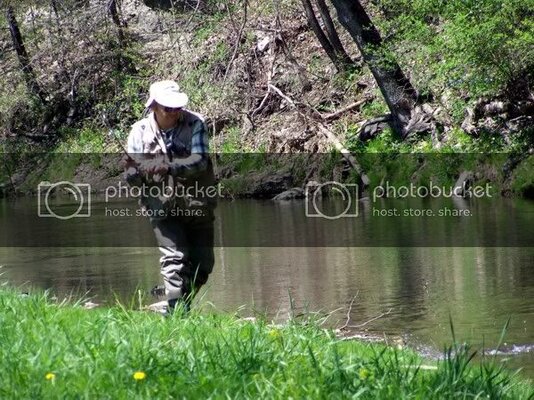 With the limited amount of time I was fishing the water I had and not the water I wanted, but even though this section of stream usually held only a few small fish, today I was surprised at seeing my large spinner being chased by several very nice browns. 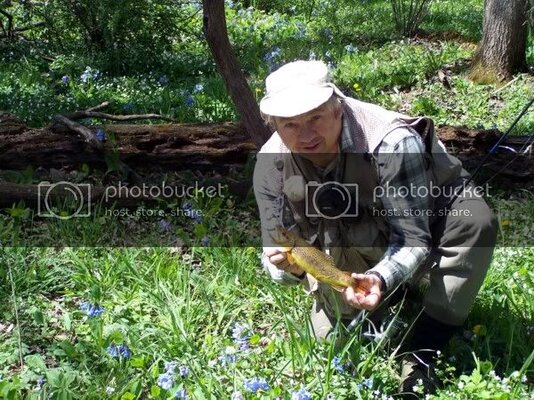 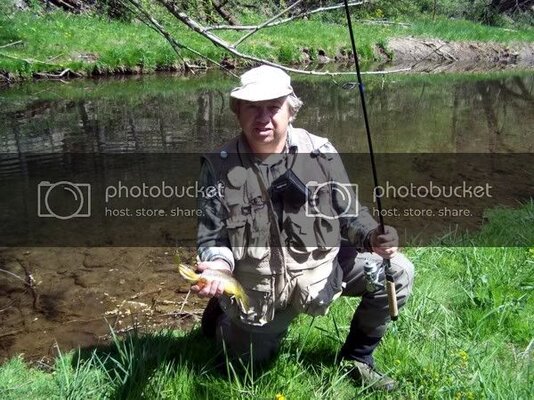 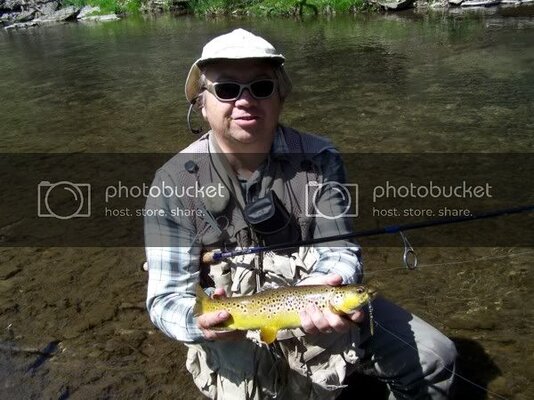 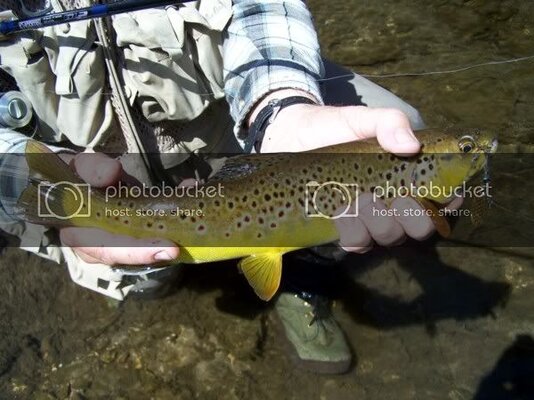 Two casts later and I was styling in front of the lens of Mrs. Spindoctor’s picture taking machine while holding up a fair sized brownie. 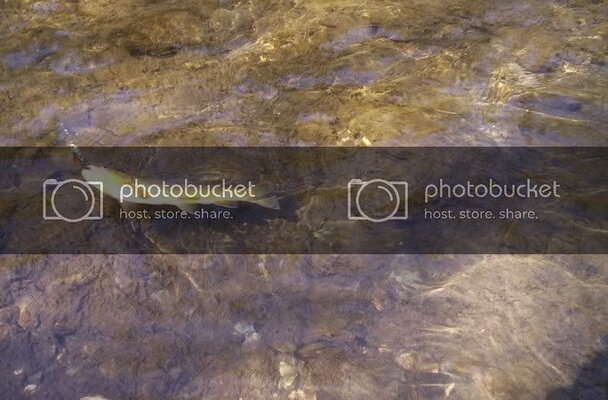 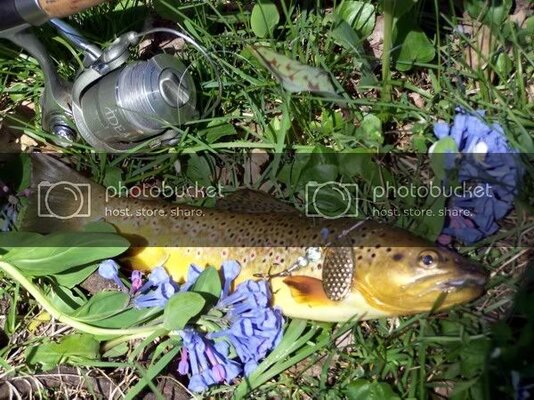 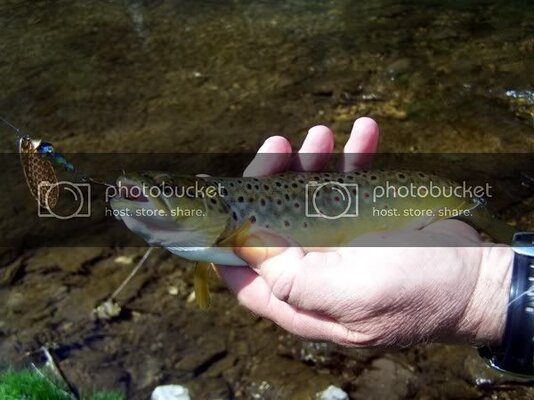 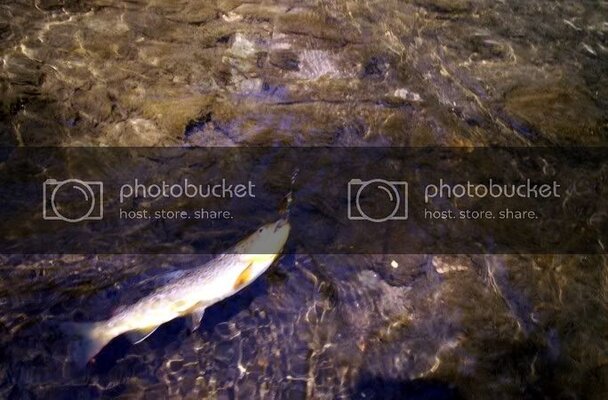 About fifty minutes later Susie and I were in the van heading north, she had a camera full of photos; I had three fat browns in the creel, enough for super. We left behind a stream full of trout, a valley decked out in spring beauty and stacked high as the cliffs with memories and topped off today with just a couple of more. 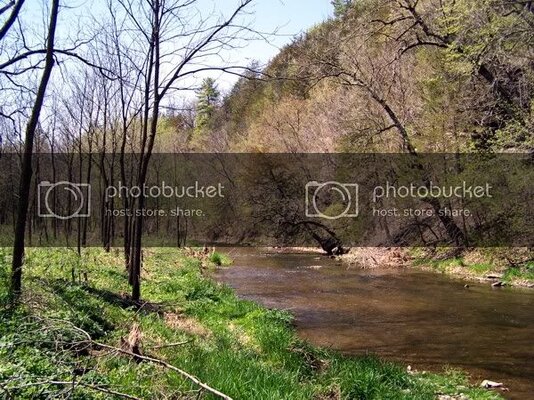 Until next cast.
Keep it low slow and with the flow, and don’t go without your Bow.
Spindoctor.
V

Great photos. It is really beautiful there. What type of camera were you using anything special?
T

Welcome to the forum. I have to say your post is one of the best i have ever read. I really enjoyed the way it was layed out. almost made me feel like I was there. Keep the stories coming and good luck to you on your next outing.
B

what a great post,thanks for sharing minnesota is a great state thats where most my family lives....battle lake and clitheral
S

Hey thanks folks! I was a little worried about how this would be recieved since your site is so dedicated to Oregon, but I was born in Washington and have been serching for great sites on the west coast. Also I am the designer and manufacturer of the Super Bow spinners (Bow Series spinners) and all fish in my posts are caught on them, so there is a fair amount of self promotion mixed in. If any of this seems to get out of bounds please let me know.
In the future I'll resize the photos and do some tweaking so things look better.
Thanks so much for the great welcome, you folks have a beautiful site.
Spindoctor
T

I was wondering about those spinners. do you have a website?
T

Id like to get me a few of them spinners
S

Where's my manners?
First off, the camera is a Kodak Z740 (older 5MP digital) I choose this camera because it uses SD, AA batteries (easy to find anywhere), has an adapter so it can be fitted with a polarized filter, and has an SLR style view as well as LCD (outdoor conditions can realy wash out LCD).
Give me your e-mail adress and I will send you a brochure.
I am currently working on a simple site but won't have it up for a couple of days.
You must log in or register to reply here.

Winter trout fishing within an hour of Portland?