F
fishingfreak
I was scouting holes today with no luck, But found good holes. Started from the Lower Clack ended up at Mciver with no luck except Smolt, a Jack, and wildlife pics (released both kept the pics). Headed home and was about to give up and decided to give my old faithful hole a try on the evening bite. Showed up watched one guy battle a huge springer for 15 minutes and then it broke loose( I was hoping it had my Jig). Seen a few nice fish on the bank. 1st cast no go, 2nd cast manuevered the spoon through the rocks in the hole. I was just about to real in and "Bam Bam Bam Zing Zing Zing" fish on. I set the hook to make sure it wasn't gettin away as it took off for the rapids. I remembered what Metalfisher76 said and let it run wear itself out and turn the pole the way you want the fish to go. It didn't want to go that way an it wasn't giving up. It wanted to do some water erobics and some astonishing acrobatics. It ran up and down a bit, it gave me line and kept taking it away. 5 minutes later I tried to land it and A guy was trying to help and the fish said uhuh sucka:naughty:, jumped in between his legs, he jumped over my line and the fight wasn't over. He ran out agan then fell off. Just kiddin.:lol: I let him run and 2 minutes later it was out of gas and landed. then I new it was the biggest Chrome I have caught so far. It is 30" and 12.2lbs. What a beauty. My wifes birthday is Tomorrow and all she wanted was me to cook a sauteed,herb,butter, lemon, and Dill Steelhead dinner by candlelight. Dinner served Honey! She also told me not to come home empty handed. I didn't get home til 9:15pm and started out at 5:30am. Oh my wife dared me to give the fish a frenchie.:lol: 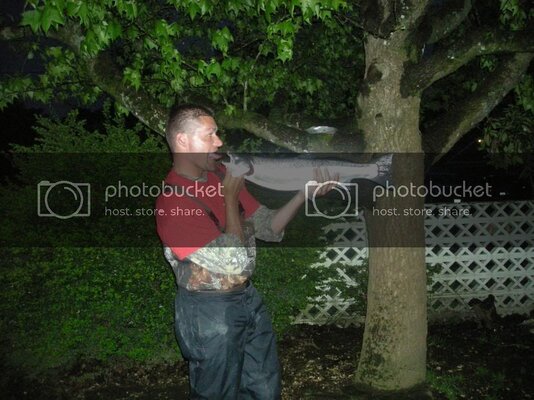 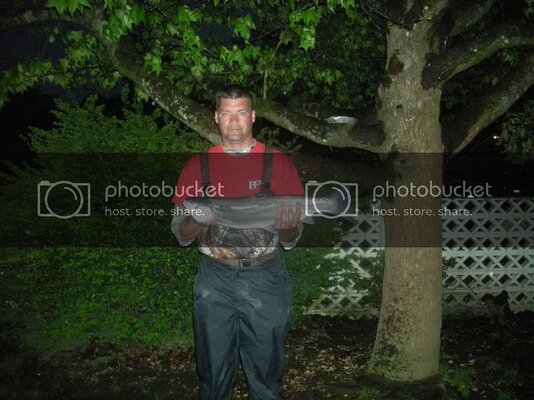 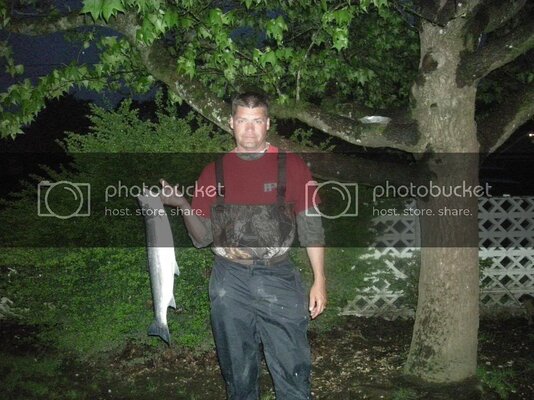 T
Thuggin4Life
Nice report! And a very nice Fish too. Good thing you came home with a fish for the wife I bet she was getting worried that she wouldn't get her wish with being gone so long.
F
fishingfreak
Thanks Buddy! Ya, her and my brother were betting against me. They said ah he didn't get anything he still out there trying. My Cousin said if I know him he is in the fish and is hiittin them hard. Thats funny cause between all the holes I hit there wasn't a thing I did not try. You know how it is when you get one you always want more so I stayed until the lights went out.
N
nwkiller
nice fish man
D
dan88
nice!!!
B
bigdog
Great job man you are getting it down pretty good I think. Now we just got to get you to smile in a pic once and a while.
F
fishingfreak
I was smiling until the flash blinded me. Atleast I gave the fish some tongue.:lol:
M
Moe
Great story and beautiful fish to match it!
M
metalfisher76
I musta missed this one?? Good show man!! That`s a chromer and they are all pretty beefy(the summers I`m seeing), I`m liking it!
C
Cohosanders
How was the French kiss with the summer? Do they kiss better than winters? Nice chrome fish!!!!
F
fishingfreak
A much healthier Kiss.:lol: I used an old scale to weigh it that an old timer used it was bouncing inbetween 12.8 and 13.6lbs I settled for 12.5lbs, but that fish had a lot of fight in it and was really fat and chrome. When you use a spoon in the rapids it is unbelievable how hard they hit. It amazes me the fight and how hard they hit in the rapids, it stuns me everytime. But I am new at the big fish so is that usually what they do? I have a 10'6" Okuma SST ML rod and he buried it for about 7 minutes. It was definetely good excercise running up and down the bank. It was cool because I was steering him around the snags just like Metalfisher76 told me to do and had my rod in the water also. He did not want to come in but I could steer him around the hole. I can't wait to do it again. It is such a rush man!

LA
You must log in or register to reply here.