N
nwkiller
Went out to the mouth of the Umpqua, worked the in tide for a good 5 hours with nothing to show but a keeper crab, had lunch and changed stops next to one on friends who had just pulled in a 22 lb nook and as we pulled up hooked and lost a coho. We lined up on the rocks and casted. Boom fish on, she took a long run down bank spoiling about 6 guys casts...yelling and screaming fish on while giving chase with my net man in close follow. after a good ten minute fight we got her in.....big 15# native coho salmon hen, after the picture I proceeded to release her and there is nothing crazyier then reviving a fish at the oceans edge...lets just say i took 4 waves chest high for this beauty, wouldn't have had it any other way.......
(sorry about the cell phone quality) 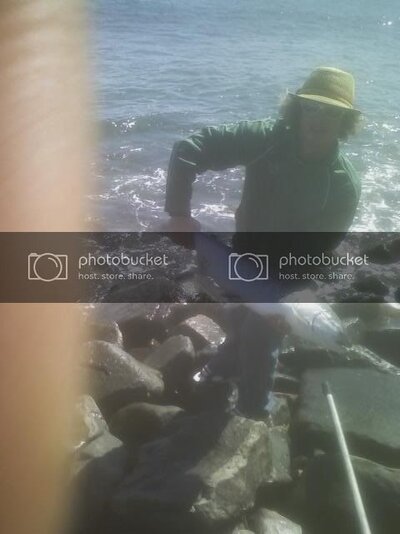 after the craziest release of my salmon career I began tossing the hard ware again, after about 25 casts or so boom fish on, this one stayed more close to my rock but doing a lot more ariels. This fish fought really hard pulling out line everytime i gained it, after around 7 minutes or so we got her netted another beautiful native coho around ten pounds or so...it was released right after the photo, and only had to take the normal single wave to get her revived! 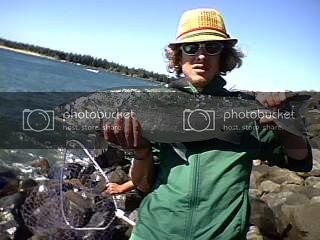 got back to the grind, threw about 8 casts and boom, hat trick...another coho on, surely this one is a hatchery that i can take home......nope another 10 # native coho, i have 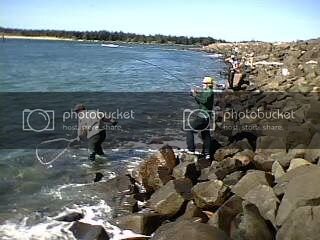 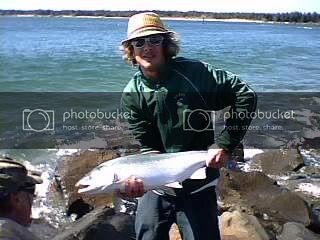 i have a video too that i will add soon
As soon as we get some really good rain the rivers will flood..........with salmon
Last edited: Sep 15, 2010
B
BobbiDollPDX
Way to get into the ho's, too bad you didn't get to bring any of them home.
N
nwkiller
yeah, i was hoping to get one for my friends birthday, but the stories were just as good, gonna go get redemption Thursday
L
lilsalmon
nice job!!!!!
T
Throbbit _Shane
looks like fun! good job nwkiller!
N
nwkiller
thanks LIL, TS
S
SALTYFISH
Sounds like a awesome day way to go bro:clap::clap:
T
todd_brooks
Way to take the soaking for the fish man! Thats the way to do it. Tight lines today you've got it coming.
B
bigsteel
nice story and pics!!!!!!!!!!!!!!!!!!!!!!way to slay em bro
D
dud3r
Nice fishing. I'm sure she appreciates your soggy chest lol.
N
nwkiller
lol. thanks guys, ya i would get wet to keep a nate alive.
F
FishFinger
Great post.......!
N
nwkiller
thanks FF
M
Mustangdan23
Nice day man, If you dont mind are they still using the squid lookin spinners, or is there somethin new this year?
N
nwkiller
oh do they love the suid looking spinners
F
fishndad

Mustangdan23 said:
Nice day man, If you dont mind are they still using the squid lookin spinners, or is there somethin new this year?
Click to expand...


lol everybody in this neck of the woods loves those lures! but with good reason......they work but so does 90% of the spinners on the market! salmon fisherman go on spurts, they love blue fox one year, bang tail, another and squidders the next! but in all honesty u put a flashy lure in front of a salmon 90% of the time they will smack it! oh and great fish killer!
N
nwkiller
i agree with fishnd they will hit everything, just like the "sexual" saying, its not about the lure but the way you move it!
You must log in or register to reply here.