Chinooks out of Winchester

I will admit it has been a while since I have hit the open water but the 2 days we did was pretty successful, especially for somebody who is not a heavy salmon fisher but here it is. I had my Duckwort and it was pretty new but I had it rigged with a fish finder and I was using a GPS that I used for elk hunting so you might say it was hand held. I also had a ship to shore radio with a 102 inch fiberglass whip antena. 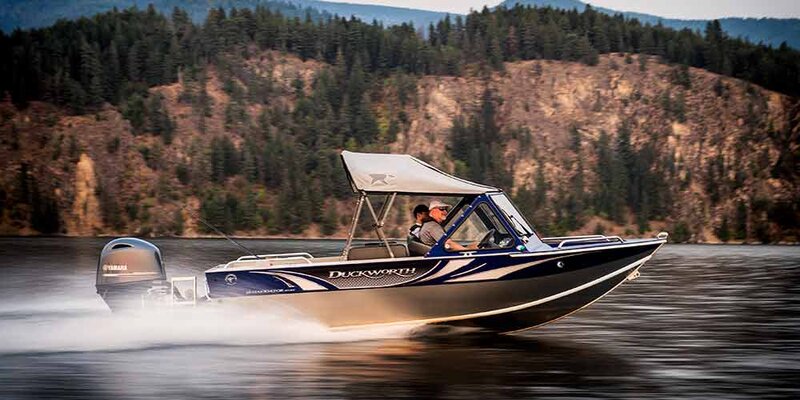 Anyway, I caught a day when it was like glass out there and headed for the buoy. Now I don't like fishing where there are a lot of boats so my partner and I stayed away from the other boats and being kind of dumb about kings we started looking for bait fish balls. Now let me say I had always heard the best way to find Chinooks aka Kings was to fish off the bottom and Nope I didn't. All the bait fish I found were down at about 20 ft so that is where I put the down riggers and that is where we caught our fish.

From some of the stuff I went through as a kid (in the Navy) I got nervous and we headed for the beach. The next day I went out with my older brother and we did the same thing again except this time we went after our third fish. We had a somewhat foggy day but we could tell where land was by where the sun was. My brother was driving and I had put him on a course and was setting up some things in the boat and for some reason I looked after and there was a big circle behind us, yep handheld gps had gone out. I took over and headed for the beach, turned off the gps and turned it back on and it showed where I was, well at least where I thought I was..By the time I figured out where I was it was almost to late. I was north of the getty in side of the the rollers....I got lucky...I managed to do I 180 and head back out. Ya I took some waves over the bow but never hit the bottom.

All in all it was not a bad couple of days, we ended up with 6 kings and I have a new boat GPS on my boat.. I went out one more day with a neighbor but I think he had a banana with him. However we well I got to see a whale surface and the curl of another one. the main thing I am trying to get across is I wasn't down but about 20 ft when we caught all 6 of the fish and we were in around 80 to 100+ feet of water. not boat but very close.

Great report! Glad to see that you were able to get out.

The only way that you could've increased your chances...would've been behind the helm of a Beaverworth! ;-)
B

I personally prefer “HUSKYWORTH” boats myself.

I started off with a tri hull 10 ft Columbia with a 3 hp Sears. My biggest boat was a PTF Fished for Sheepshead off of I think it was San Clementy is. Had a real nice meal.

We had a decent year in the ocean out of Winchester this for Chinook as well, sure hope this summer is similar.
You must log in or register to reply here.