A good day on the Upper Klamath

E
eat, sleep, fish
I know it's not in Oregon, but it's a relatively short drive from down here in Medford. I hit it yesterday with one of my new fishing partners, and let's just say there definitely wasn't a lack of fish. We were mostly too busy to deal with taking pictures or video, but I managed to snap a couple of quick pictures... 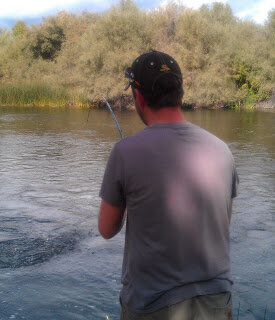 Jeff hooked up with an upper Klamath fall salmon 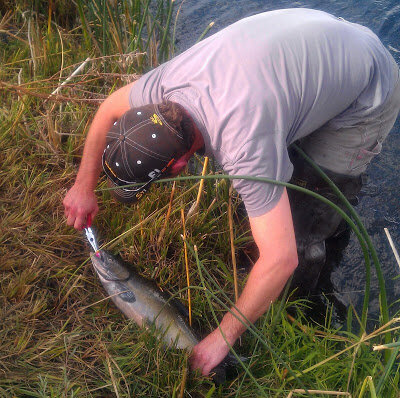 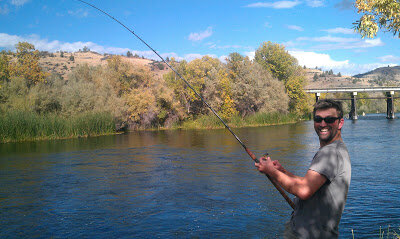 The fish are definitely on the small side, but they make up for it in pure numbers. We each landed 15 fish a piece, and easily lost just as many if not more. If we wouldn't have spent the first few hours getting it dialed in, and brought more eggs, we probably could have doubled those numbers pretty easily.

I definitely recommend making the trip down there for anybody just looking for a good day of hooking fish.
A
alseaalumaweld
We each landed 15 fish! ya id say thats a good day
R
RunWithSasquatch
Awesome! Klamath is legit... lotta oregon guys sneak down there.
T
Thuggin4Life
NIce! So how many you guys keep?

Raincatcher
Very nice! I used to drool all over myself when I would drive through there. :redface: :lol: I kept promising myself I would be back and fish it...someday I will keep that promise. ray:
E
eat, sleep, fish

Thuggin4Life said:
NIce! So how many you guys keep?
Click to expand...

Only one that was bleeding heavily from being hooked in the gills. The meat cut way less than edible unfortunately.
You must log in or register to reply here.