No_Bad_Skunks
On a lark, I decided to hit Waldo on Saturday, wanting to see if the Brookies were hitting. I have never been here, but had heard there were some very nice brook trout in this lake.

Light rain and a decent brreze blowing when I arrived. ( The rain cleared up later, the wind didn't ) All in all, not ideal fishing conditions, but by no means enough to 'blow me off the lake'

The Brook Trout were there, cruising the shallows, but not yet on the redds. And they wouldn't touch anything I threw at them.

Until about 11:00. About that time I spotted a bunch of fish jumping in the shallows and heading over in that direction. That did the trick. On my next cast, something grabbed my worm and took off for downtown Peoria. This was a little bit confusing, Brookies, as rule, don't make these fast, screaming runs, at least not the ones I've caught.

When I got the fish close to the boat, all was finally revealed.


Quite the surprise. I hadn't even known there were Kokanee at all in Waldo Lake, much less nice ones Needless to say, this fish was released immediately. Ended up catching and releasing two more Kokes, and never did hook into a Brook Trout

Oh well, they were fun to catch, anyway.
M
mikeredding
Fished there a few times many years ago and never caught a thing. I had always heard there were nice fish in there but had yet to see one. Thanks for sharing and congrats!
S
sidehillwinder
Nice fish! I didn't know there were kokes in there either. I've always caught brookies at Waldo bottom fishing with Ball's O' Fire using a sliding sinker. There are nice brookies in there.

Troutski
That is one very special lake that's for sure..... Nice looking fish, thanks for the picture. 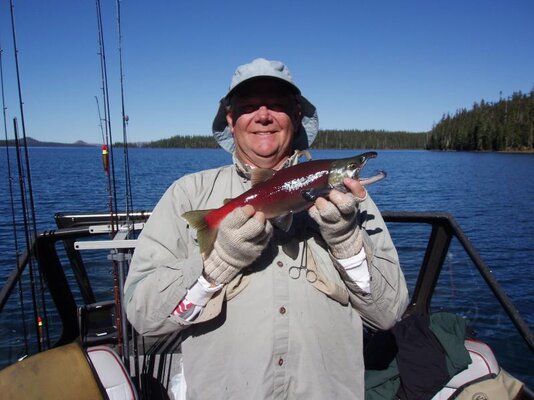 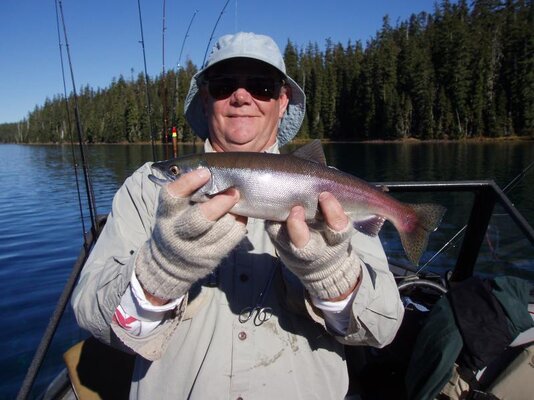 Sinkline said:
Nice Koke NBS! Thanks for the report.

Glad to to have spoken with you again on Wic. last week. I only caught one small fish that day, and my buddy caught 21" & 22" fish.

Thought I saw you as I was taking my boat out, but you were too far away for me to get your attention.

Sinkline said:
Chuck, NBS and I spoke briefly about Waldo when we coincidentaly met on the water (Wic) last week. I mentioned that you were very successful at Waldo and had the fishing figured out.

Can I ask you about the Brookie fishing? Do you primarily fish slip-bobber, or troll/cast spoons, or what???

The Brookie fishing is beyond great to be sure, I fish Spoons for both the Kokes and Brookies. I have been fishing up there for more years than I care to mention, some anglers say that you can only catch fish out of that lake during the Winter or Fall....BS- The Summer fishing is just as productive, like any lake you have to put your time in or be able to go with someone that has.
The new law that prohibits gas motors does put quite a few places out of reach for an electric, this will only put even less pressure on these fish and allow them to reach even larger sizes:dance:. 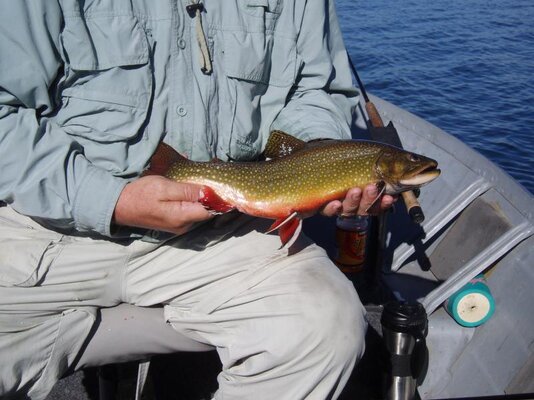 M
mahmichael
I couldn't find in the department's website, is this lake stocked?
T
TTFishon
And if you go in the summer, bring repellant! lol
You must log in or register to reply here.