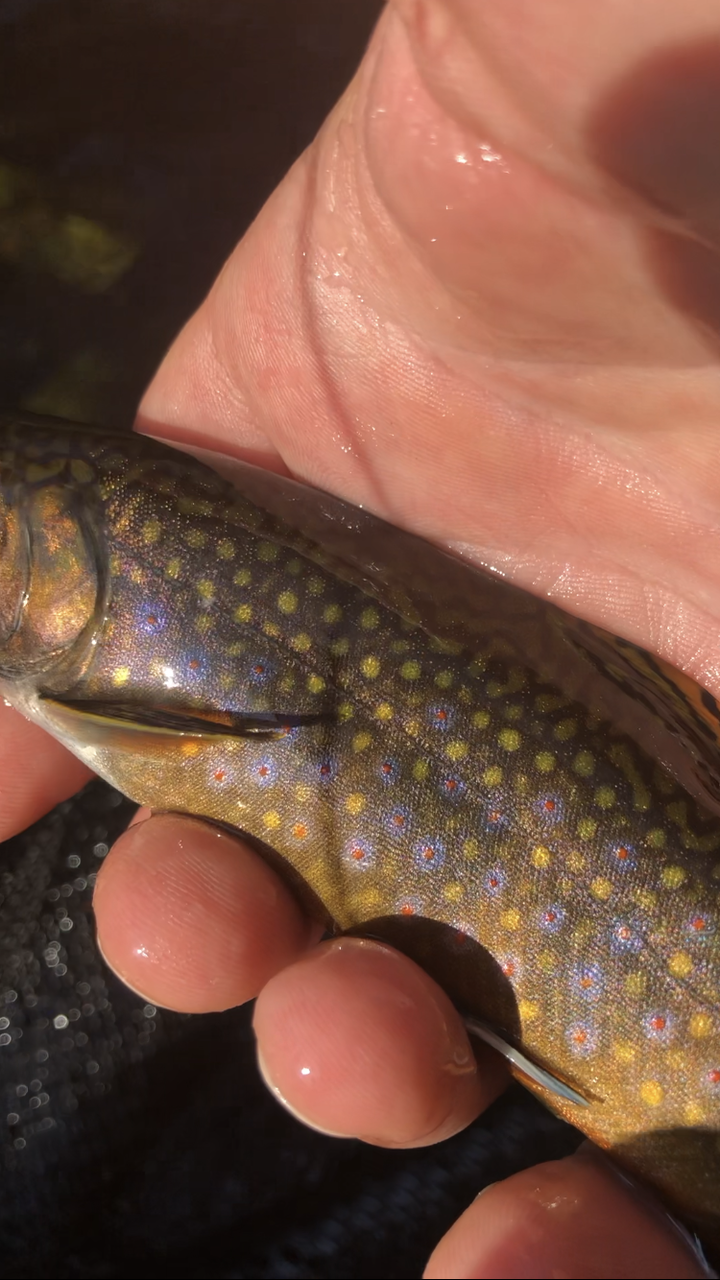 Dry fly action has been phenomenal on the Upper Rogue. Even sleeping in, leaving Medford after lunch and fishing during lazy-man hours (1–6pm) I have landed over 20 each day. They are not picky. Throwing terrestrials almost exclusively since they float so well and are easy to see. Foam flying ant is most productive. I tie mine with Z-lon wings and sparse ginger hackle behind the head, #16-#12. Foam hoppers get lots of takes but since a large fish in this area is 11 inches most don’t get hooked. Beetle patterns work also, but much fewer takes compared to the ant. I fish the ant by itself, and the hopper with a dropper. Swapped the dropper out a couple dozen times. By FAR most productive dropper was an olive general purpose nymph with a marabou tail rather than hackle or partridge fibers. Flash ribbing, partridge legs, mylar wing case, marabou tail, any size from #10 and smaller. Got this beautiful brookie on the hopper. Amazing grab, came a full foot straight up in the air with it. Average so far is about one brookie per ten bows. Plenty of fish anywhere I have stopped above Prospect. Haven’t fished Muir tributary or above yet...haven’t needed to go that far. Plenty of fish and plenty pooped by the time I get anywhere near there.
Hope this helps you out. Enjoy!!
Last edited by a moderator: Jul 20, 2020 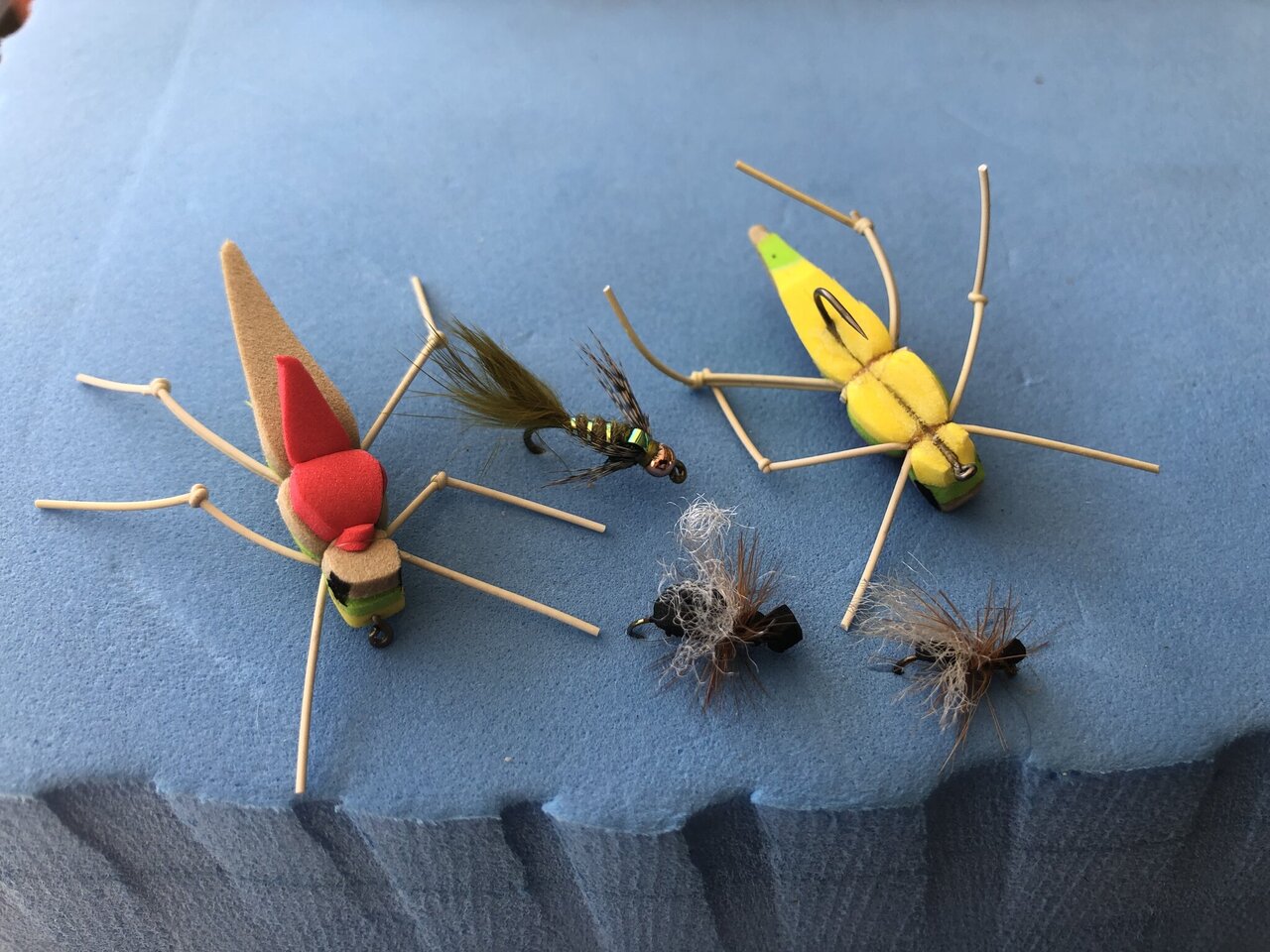 These were the money makers. All hand tied. Will be experimenting with some smaller Letort-style hoppers on the next trip.