E
eat, sleep, fish
Jeff of XFactor Tackle stopped by yesterday and dropped off a few surprises for me. I think I put them to pretty good use this morning... 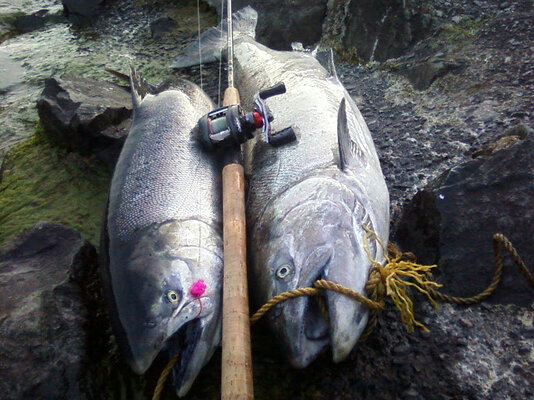 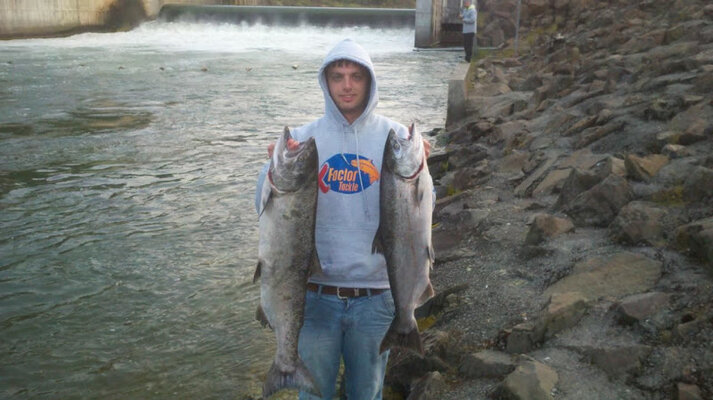 I picked up the second fish of my limit on one of his medium sized egg clusters in florescent pink. I also caught and released a late steelhead on it just a few casts before limiting out.

Overall it was a pretty slow morning on the upper Rogue. There was only a total of 4 springers caught and I got 2 of them. There are still quite a few steelhead around too. There was probably 10 or so of them caught this morning.

Thanks again Jeff and Xfactor Tackle for making a great product and for being a local company.
Last edited: May 7, 2011

brandon4455
nice fish! :clap: was waiting for some good proof of that stuff working..might have to buy some considerign they are WAY cheaper then real eggs..and i dont like having dead baby fish on my hook anyways!! lol
T
tnffishman
wow, thats some serious big boi's
T
Throbbit _Shane
way to go Steven! Looks like i need to go down there one of these mornings lol.
S
SantiamDrifter

brandon4455 said:
nice fish! :clap: was waiting for some good proof of that stuff working..might have to buy some considerign they are WAY cheaper then real eggs..and i dont like having dead baby fish on my hook anyways!! lol
Click to expand...


Spawn sacks will prolong the life of your eggs while fishing, and it doesn't allow the smolts to chomp your eggs. Also great for keeping the poogies off your bait in tide water. Everybody hates casting a fresh bait only to have it come back in clean from poogies. Cheap and easy to make, works great.
T
Thuggin4Life
Nice fish!
X
XFactorTackle
Right on Steven....those are some nice looking Chinook.
Y
Yuriy
Now thats what you call a fish. Better yet 2 of them!!
C
CoastieFlo
yeah,those are some damn nice feesh!
N
nwkiller
awesome fish man
You must log in or register to reply here.