Raincatcher
After the interest in the "29 point buck" story it occurred to me that we need to see what your pride and joy looks like. There have been a few pics posted of hunting trophies, but I don't think they all have to be considered trophy to be applauded. After all, tracking down an animal that definitely knows the terrain and is accustomed to the weather conditions far better than we humans are is no easy feat and deserves to be boasted about. Now, we don't really need to have a screaming bloody murder controversial debate, that should be in another thread, just thought it would be great for you hunters to post and boast. So, let's see what you've gotten, whether it's a deer, goat, rabbit, duck, goose or whatever else.
:clap::clap::clap:
G
GraphiteZen 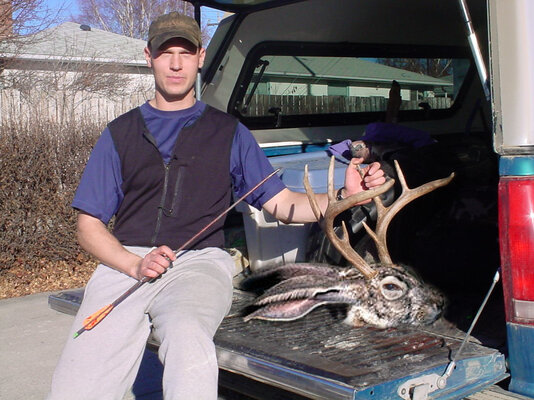 Raincatcher
Okay, how about NO PHOTOSHOP! :naughty: C'mon, let's get some real honest to goodness pics of real hones to goodness hunting adventures.
H
halibuthitman
well I see someone really layed out some cash for the jackalope governors tag! thats an eastern jackalope... so you get to count the points on both sides and the eyegaurds! if it was a western jack it would have forked antlers and you would only get to count the points on one side... but people like you make me sick... you bid and drive all the governors tag up through the ceiling... making a poor sad sack like me have to sit at home and just watch TNN.. not very american.. but its no big deal.. the meat on that jackalope is gonna have to sit in a crock pot for a year! anyway... guess i,ll never get the chance to finish out my rabbit grand slam.. nice job graphite-
G
GraphiteZen
lol....
O
OnTheFly
Nice one Zen! You even retained the arrow from the fatal shot!

Here's one of mine moments before I beat him with a pic-con-ick basket. 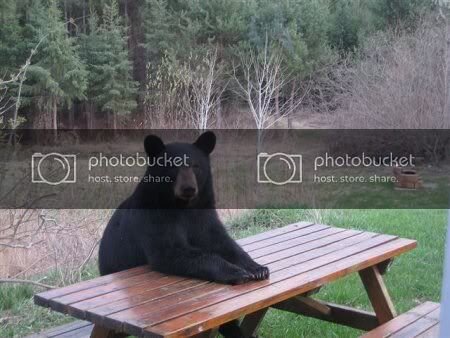 H
halibuthitman
ok.... you drew me out... here he is. he grossed 567 inches but had over a 150 inches reduction due to garbage... darn I really wanted a 500+ inch buck.. but at least it was an easy kill... the right side of his rack was caught in the automatic game feeder. please don't repost this all over the net.. I have 67 arrests for Domestic violence and I could go to jail for five years for possesing a firearm.. I was a little tipsy on the way home ( from all the beers that morning.. not while "actually" driving ) and this big feller almost fell off the hood all 9 times I circled the mall and big 5.. gotta get off my i-phone, theres a cop behind me-

Raincatcher said:
Okay, how about NO PHOTOSHOP! :naughty: C'mon, let's get some real honest to goodness pics of real hones to goodness hunting adventures.
Click to expand...


Whut? No Photoshop? Everyone KNOWS that Jackalopes are REAL!!! LOL
A
adambomb

You must log in or register to reply here.
Top Bottom