T
The Nothing
Due to high seas (13 feet = not kayak friendly), the Oregon Rockfish Classic was moved to Big Creek Reservoir #2. That was rather unfortunate, but was still a great event. Big gear for seeking out monster lings and sea bass were left at home, and the trout gear came out.


I put in just before 530am to be the 3rd boat on the water. I figured I'd get a better lay of the lake by heading straight towards the other end and start working my way back. Never mind the fact that between the pitch black sky and fog that I couldn't see the bank. Only ghostly visions of trees when I got too close to shore and some SOLAS tape in the distance (man that stuff is AWESOME!).

Then there were headlights. A man in a pickup stopped to yell at the person ahead of me (sorry, i don't remember who it was, just all the solas). "Hey! what are you doin?!?" "Fishing!" "That's awesome! I just got a couple ocean kayaks!..."

I continued on toward the end of the lake. There was a light in the distance. Seemed like it might have been a barn or something of similar ilk with a big sodium vapor lamp. I figured that was the end of the lake, so I had a slightly visible target to paddle towards. I looked to the left through the fog and saw some dark object sticking out of the water. What the heck is that? I looked straight ahead and saw something similar. Another was to the right of me. More started to appear everywhere I looked. Stumps! STOP THE BOAT! Wait. Stumps. Cover. There should be bass here!

I grab my ultralight and tie on a micro spinner as I as drift towards the bank. I put the rod in a holder and shove off from the bank and my paddle hits bottom. Hmm, kinda shallow. Second stroke hits bottom again. Odd. I stick the paddle into the water vertically. The whole blade doesn't even get wet before I hit mud. Lame! I continue on. Paddle, paddle, depth check. Still only inches deep.

Ya know? I REALLY wish I had a FF at this point.

I continue on until I clear the stump minefield and can finally put at least half my paddle in the water. Man, that would have been a great place to fish, if there had been some water. Oh well.

I still have the micro spinner tied, so I start taking casts towards the bank. The fog is still hanging in there by this time, but the sun, while still not risen, has managed to bounce some light into the situation. Slowly I drift into a wide area. I keep pitching the micro spinner around. I start noticing some surface spashes. "There ARE fish here" I say to myself. I squint through the fog to see what's hitting the surface. There's one! Wait! That's not fish! Rough skin newts! Everywhere are roughies. Besides being the most toxic animal in North America, I curse at myself for not having a newt/salamander patterned plastic. I continue on with the spinner until I see a trout jump.

Ok, so I guess its going to be a trout day.

I put the ultralight and spinner away and tie on a trusty rooster tail onto my generic cabelas trout rod. Time to start trolling. I work my way through a narrow section of the lake. Hey! There's a camp chair someone left behind! I think i might have to pick up that garbage to save for later, I think to myself.

I reach another wide point of the lake. The Rooster didn't do any good on that pass, so I switch up to a Kastmaster and plan on heading back towards where I started the troll. 30 yards into the troll, I look to the right and see a ton of blackened dead trees flowing into the lake. That's odd, I think to myself, I wonder what caused that. Wait! I bet there's a fish in there. I think to myself: first light; fish the top. I reel in my Kastmaster and grab my ultralight. Remove the spinner and tie on a shad pattern Rapala Skitter Pop. Send of the first cast and give it a pop. A heron or something made me turn away. I hear a small splash. It was just a little more than I had given the lure, so I look back. Where'd it go? I wasn't sure what was going on, but I threw a decent hook set. The ultralight bends! Fish on! I start whoopin and hollerin! The fish jumps twice and I can see its a decent size, and definitely the largest bass I've ever had on a line before. It dives under my yak, so I stick the rod into the water and start peeling off line by hand. I didn't want to loose this fish. It was the first I had on the yak! (well, except for a bullhead that I didn't know was there a month ago). I real the bass up to the yak and bring it on. Heck yes! My first yak fish! The first bass I caught this year! My first LMB ever! The first bass on the popper that i bought last year, and the first fish on that rod! I was stoked! I put the fish in the bag, clip it on, and start paddling towards the launch and weigh on.

I see a few others on the way. Craig (insayn) was the first I remember coming across. He asked how big it was. I had no clue. I hadn't given it that much notice or thought. He offered to weigh it, but I opted to continue on. I came across a couple others, including SquidGirl. At this point, in my head I had figured the fish to be 3.5-4 pounds. SquidGirl said she'd radio to Zee that I needed a weigh in, since I didn't have a radio to it myself. I continued on. I got to the launch to see Zee still putting his Hobie together. I paddled up and he pulled out the scale. 2lb 12oz it said. Wow, i thought it was bigger than that. Sure had the bulk! Oh well. It was still first blood on the yak.

I put him back in the water. He kicked off out of my hand. Then went belly up 10 feet behind me.

Zee was gone and I heard a radio buzz in. Another fish caught. 14oz bass.

I put the now dead bass back in the bag, and then continued fishing. Started straight off from the launch and worked my way back up to where I caught him. Nothing. Zero. Just frustration from the occasional tree branch that got in the way of my casting. But no more bites.

I turned back to the launch. I needed a stretch and to put this bass on ice since I've been forced to keep him. I bum a beer, take a good stretch and look over some of the others' kayak rigging.

Ok, time for some more fishing. I knew trout were being caught, but I had some chicken livers to try to find some catfish. Those that had FF pointed out the deepest part of the lake (a measly 30'). I rowed out, dropped anchor, dropped the liver, and took a nap between people rowing by. SquidGirl desperately calling for fish. She kept marking them on her FF as she passed by, but couldn't convince them to take a bite. Eventually I got a text from a friend of mine saying he made it to the lake, with my own beer. I unhooked and paddled in. Yay for cold adult beverages!

I was at the launch, loaned my friend some gear for him try his luck from the bank, and enjoying my beverage. Over someone's radio i hear "Six pounds, four ounces!"

I don't believe it. No way. But, maybe. Who knows? I throw my PFD on, tie up another crankbait on my ultralight, and BIG spinner on the other rod and head back out.

I'm running out of time. 6lb 4oz. Can't be real. No one else has mentioned it. Was it a real call? I never heard a name to go with the weight.

I'm out of options. I decide to troll the crankbait along the north edge all the way back to my anchor that was still floating. I look back to see my ultralight bending again. Drag not moving. Bah! I'm just dragging bottom. Others start paddling in as well.

Finish time is nearing. Did I still have the lead? Was that last call I heard real? I still don't know.

I give it up to destiny and reel up the lure, bring up the anchor, and head back to launch. Many congrats were offered. So it was a false call after all! Phew!

I did it. I was beyond myself and borderline speechless.

I was supposed to be at a friend's wedding. My wife OK'd my participation on two conditions. 1 - i had to call the bride to tell her why i wasn't going to her wedding. 2 - i had to win her a new kayak. After this weekend, my WAP have greatly increased.

here are some of my pics. Mostly from the iPhone as I discovered the battery on my dSLR was dead. Lame. If i had known that I could have charged it in the car on the way. I did get a couple pics from it though... 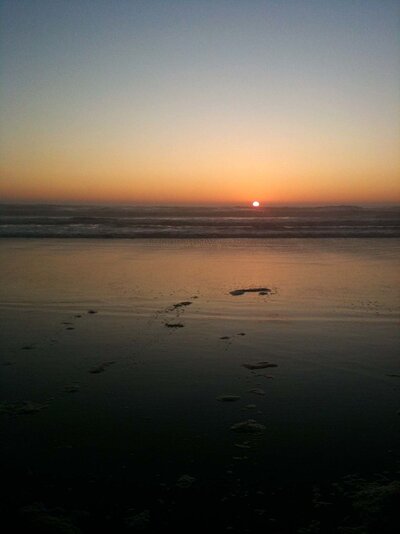 First yak fish for me! 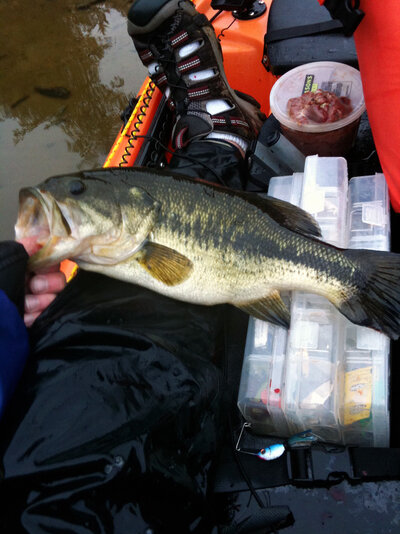 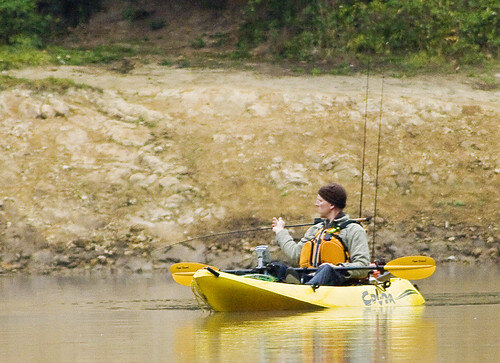 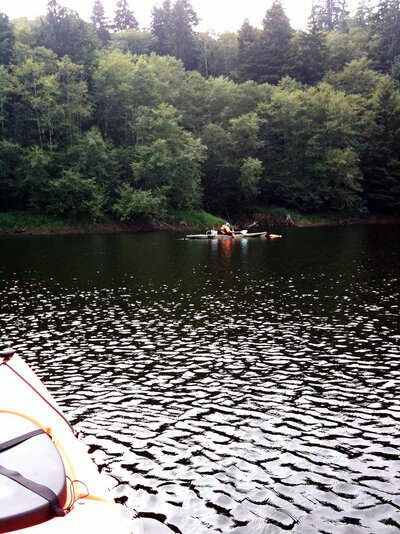 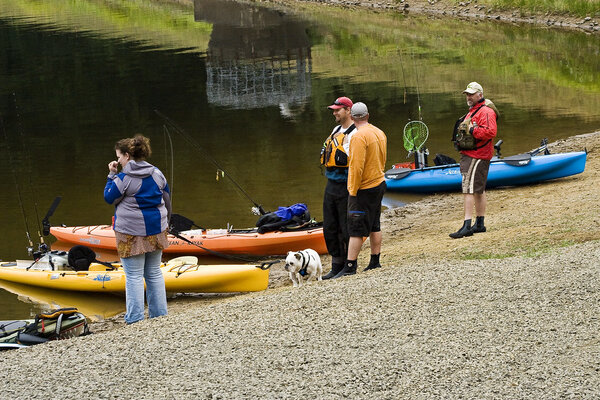 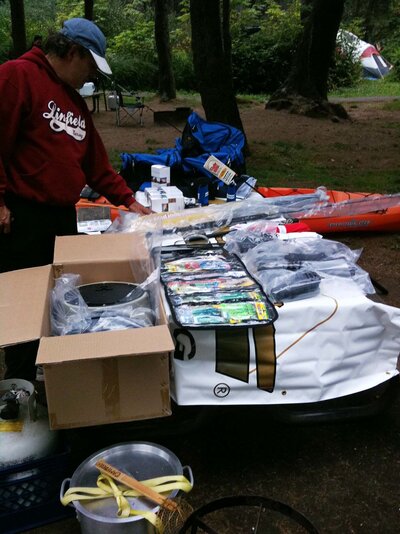 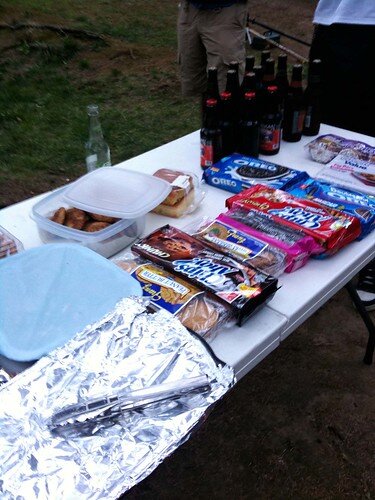 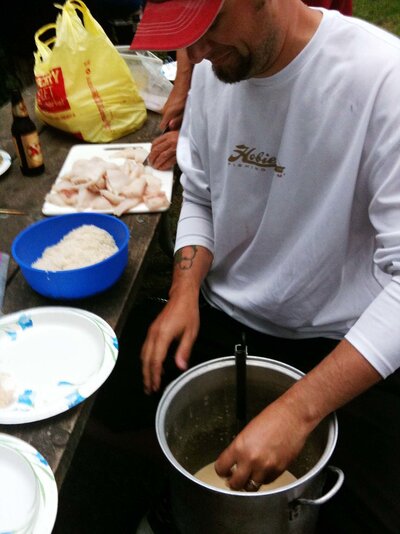 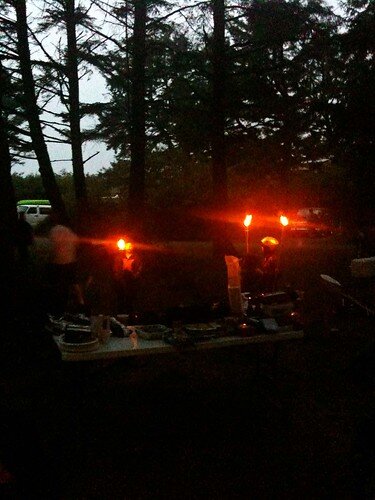 Irishrover
Enjoyed the post. The pictures really added to it, especially the one with the fish the batter and the beer. Now that made me hungery. I was a the coast Friday and saw the big red flag flying, wise choise not to venture out there.
M
madoc
Great pics, +1 on the fun. I was there, managed to hook up with an 11 inch, 7 oz. stocked trout. I was on the water right around 6, caught my trout around 7, and then had the rest of the day to futz around trying to upgrade.

While the fishing was sub-par, the overall event was awesome.

For those of you who are curious about fishing from kayaks, there are a couple of us on the OFF who are also NWKA members. I'd be happy to show folks my set-up (I roll in a Hobie Mirage Outback).

Congrats again, Nothing, for winning everything.
F
Fishtopher
Awesome post Isaac! Sounds like good times. I felt like I was yak'n right there next to ya when I read it!
T
The Nothing
Thanks!

Like Madoc mentioned, if anyone wants to give kayak fishing a spin, chime in! I'll have an extra yak here soon!
T
Troutier Bassier
Are you sure you dident catch that bass on Chicken Lever or whatever that is in the backround?
T
The Nothing
i'm sure. i was getting that good and ready for later in the day for catfish
B
bd2cool
Looks like a great time by all-I wish that I was there.
Last edited: Oct 12, 2009
You must log in or register to reply here.