My 4th of July fireworks

I
igquick
Here are my fireworks, let the envy begin (unless you hate carp of course).

p.s. any location that says there is bass or catfish in it, also has carp...Links below:

Sorry I couldn't get any better photos, I decided to only snap a picture of every fish caught because the 25 lber I landed nearly died; I had to sit there and revive her for about 15 minutes, and struggled to swim for another 15 minutes before she came to. Also I was alone for all the fish except the 21 lber which obviously had the best pictures.

Same 25 lber, but just next to my 8'6" fly rod. By the way that is my 3rd net in a year. My first net, a grass carp bolted through the net, and it was kind of too small for large carp in the first place. That net was probably between 10 to 20 bucks. The second net I bought for 20 bucks and it bent in half on around the 100th lbs of fish. This 3rd net pictured above is a 60 dollar net from Fred Meyers, made for salt water fishing, salmon, and sturgeon. So far it's doing pretty good, already over 400 lbs of carp landed so it was well worth the expensive cost, although right now my car smells like rotten milk and dead fish.

The original set-up I bought was a 5/6 weight fly rod combo with a left handed reel from Wal-Mart for 60 bucks. I bought this new Okuma Sierra S5/6 Fly Reel from Bi-Mart for 30 bucks and it was well worth it! Plus, I had never been to Bi-Mart for fishing supplies and boy do I love it there more than any other store I've been to. In my opinion, they had almost everything I ever needed to go fishing, it was organized, and it didn't have millions and millions of isles full of clutter. So far my new reel is putting in work, so far handling 5 fish averaging 22 lbs.

Same 25 lber showing how chubby they are

More of my fireworks....

Words from one of my favorite carp fishermen I'll keep his name anonymous, "POW!!!!!"

Now here is the real beast. A 37 inch long, 30 lb Grass Carp. I went to an entirely different lake and found an area just to relax and take in the whole trip, until I spotted, heard, and saw a fish tailing in about 3 feet of water right next to the bank, so money in the bank. At the end of the fight, I had the guts to loosen the drag a little, put the rod down, run 50 feet to my car, open my trunk, get the net, and run back to my fly rod. Something I learned about using hooks with barbs and fly fishing is that if I set the hook twice, there is no way they could spit that hook out unless they break my line or rod. When I landed this fish, it looked like the 25 lber I caught if it took growth hormones.

Lastly, my rigs are still on sale and I really appreciate all the pics of your carp catches yall been sending me!

Raincatcher
Epic! Love the way you love catching these beasts! Thanks for yet another great report. :thumb:
I
igquick

Raincatcher said:
Epic! Love the way you love catching these beasts! Thanks for yet another great report. :thumb:
Click to expand...

Thanks, it was an unbelievable trip. Happy 4th!

rogerdodger
man you got carp! we used to catch them now and then in the Columbia when I was a kid fishing for trout and smallies, the carp (<10#) and squaw fish we hooked didn't fight very good but made great garden fertilizer...
I
igquick

rogerdodger said:
man you got carp! we used to catch them now and then in the Columbia when I was a kid fishing for trout and smallies, the carp (<10#) and squaw fish we hooked didn't fight very good but made great garden fertilizer...
Click to expand...

Sounds fun, I need to catch some big smallies
M
MikePierce170
I think someone is exaggerating weights again. (sigh) Until I see fish on scales with posted weights I call bullsh*t. And if I get any flack for this I'm going to elaborate with great examples demonstrating my point.

But I did find one of Ian's fishing spots. And each fish was averaging a whopping 14 pounds a piece. AMAZING! 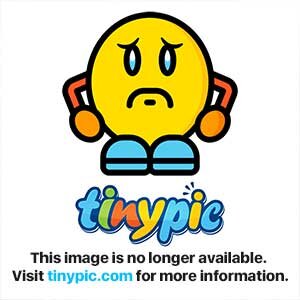