I got my 1st Nook finally! The curse has lifted!

:clap::dance:I got my 1st Nook Today. I will have to post pics and details Tomorrow cause I am tired. See you all in the AM.

Location
10 minutes from the Clack

Uh,oh! :shock: Another innocent fisher folk led down the path to a lifetime addiction for which there is no known cure. :think: Guess you have no choice but to keep up the pursuit forever... :lol: Congratulations! :clap:
A

Uh oh...another has joined the DARK SIDE!!!

My Family was having a Reunion at one of the popular parks in Oregon on the Clack. I arrived after hitting the bait shop and Rigging my poles for the Occassion. I arrived at Noon and was talking to some of the family about fishing (of Course). I told them I was going to hit some of my favorite holes at the Park. They told me they talked to the Rangers and they told them were to slay the trout. So we went to the spot and the kids and grownups were not catching much so I hooked everyone up with weights 30" leaders some Fireball eggs and they were off to the trout races. Fun watching them land 16 trout in 3 hrs. Then I was telling them I was going to go for the big boys. They were getting a little buzzed from spirits, some laughed, some joked, and said I was waisting my time. I told a few people I had an extra pole if they would like to join me they all laughed and said no. Off I went. Got a good spot on the bank and waited for the Evening bite. 7:30pm rolled aroung and no hits. I setup a bait loop with Pop A Top Yarn, Corkie, Eggs, and Sandshrimp Scent on the yarn. 10 minutes later I had a take down and missed him (damn Rookie mistake). Then a gentlemen came to me and said can I fish by you. I replied I am a rookie, he said this is my back yard I will help you get your 1st Nook. He told me to tighten my drag tighter, drop my Bobber stop to 20', and set the hook as hard as you can. He told me follow where I cast and do what I do. He casted in 10 minutes later he landed a nice healthy 16lber. He said get your pole in quick the bite is on and only lasts an hour or so. I said thanks bro lets get em. I casted in floated right behind him and my float started bouncing he said wait on it and down it went. I set the hook hard enough to were I could have ripped its head off. I fought the fish for about 5 minutes, it dove under a rock shelf and stayed there for a little bit (seemed like an eternity) rubbing my line back and forth and then ran out, I landed it, tried a one handed tail grab, it slipped and in the water it went (another rookie mistake/ use 2 hands people they are strong) I setup again and casted out again and a few minutes later take down and missed one again. finally I had another take down set the hook and fought this one for about 3 or 4 minutes and out it went again, after a good healthy fight I landed it grabbed it with 2 hands and bonked it. I missed 2 more and called it. I thanked my fellow fisherman for helping me out and we took some night pics that did not turn out then we hiked out in the dark together. He landed 2 nice ones. Good evening bite seen 12 landed and 6 or seven missed mostly from the rookie "ME". When I got back to camp I walked up to everyone and said look at what I landed. Everyones mouths dropped with astonishment.:shock: I laughed and said you should have joined me. So here is the pics they are kinda bad so sorry I was tired. I Love the fight in the big fish!:clap::lol:
LA 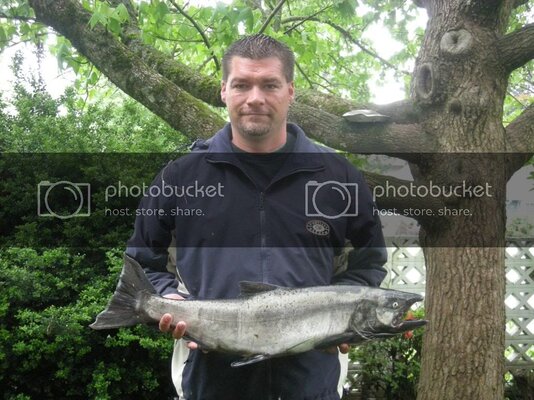 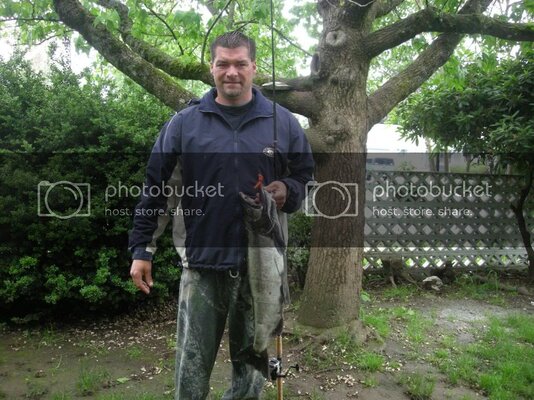 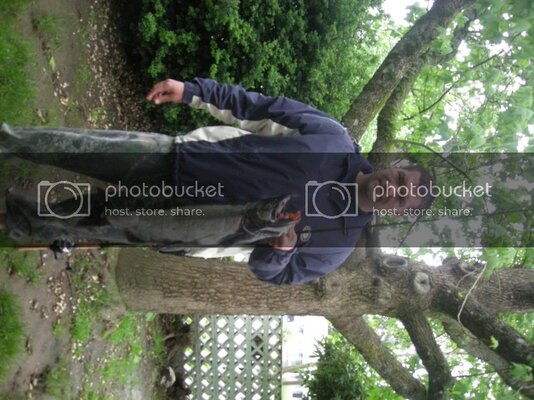 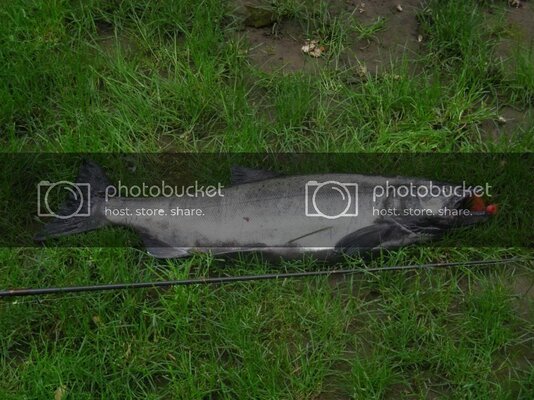 The fish is a little over 30". Can anyone tell me how much you think it weighs, I did not have time to take it to Winco and borrow their scales.:lol:
M

That's a great report, and nice fish! :clap: Those kinds of lessons are invaluable, and it's great to hear there are still guys like that on the water willing to share
T

Great report and nice fish! way to go and glad you bumped into the right guy at the right time.
S

Thanks Everyone. Yes, It was great time. I learned a lot from the fellow fisherman. I know that hole like the back of my hand now after he explained everything, what, where, when, and how to get the Nooks.. I am going back out with him later this week to hit a few different holes and he is going to show me different techniques, times, and all the good stuff. Can't wait I Love learning. He also told me not to let the secrets out. I will get another one here really soonray:. Can't wait to feel that fight again.

Great story man! Even better fish! I know you didn't tie it on like a jig/fly/yarnie......But since it's your first nook, as long as no one else minds, you can use it for the contest. Anyone else mind?
M