Here's some pictures from Fourmile lake this weekend. I caught a rainbow and two lake trout (the first time I've caught any). The rainbow bit powerbait, and the lakers bit worms on the bottom. The group I was with also caught some more rainbows and lake trout. 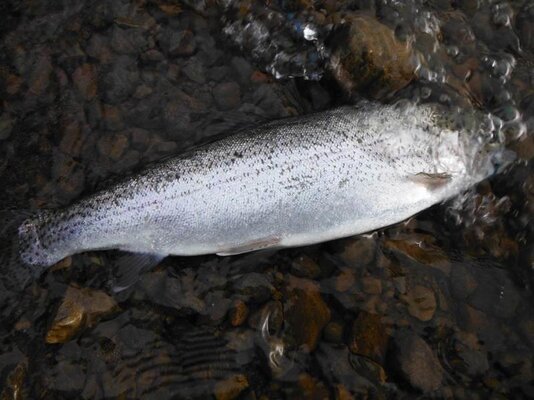 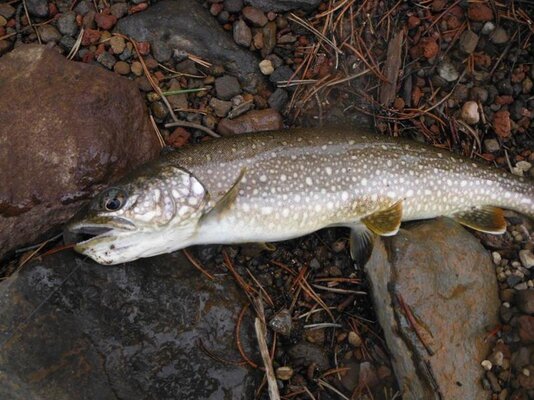 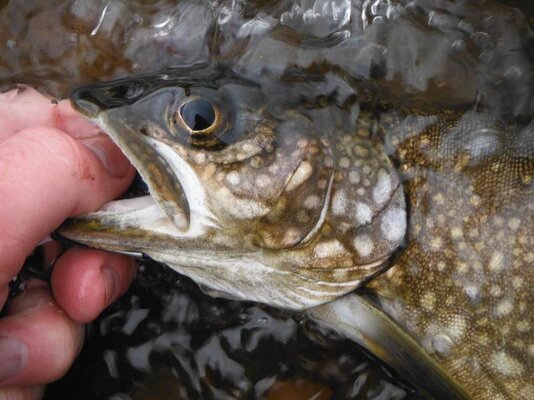 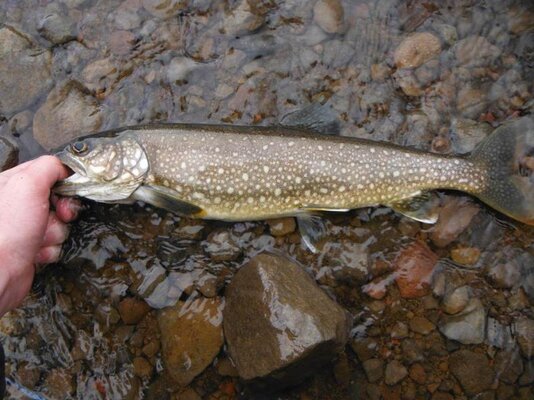 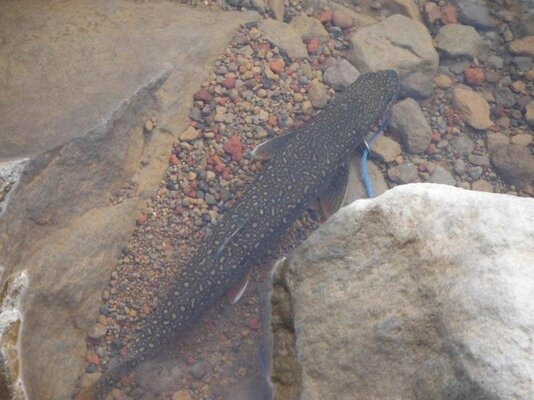 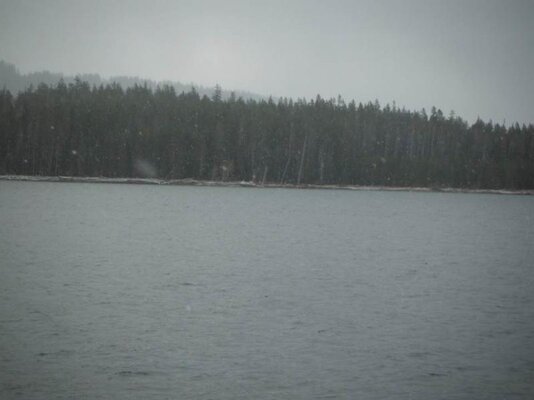 We got a little snow, along with rain, a minute or two of hail, and some nice weather: 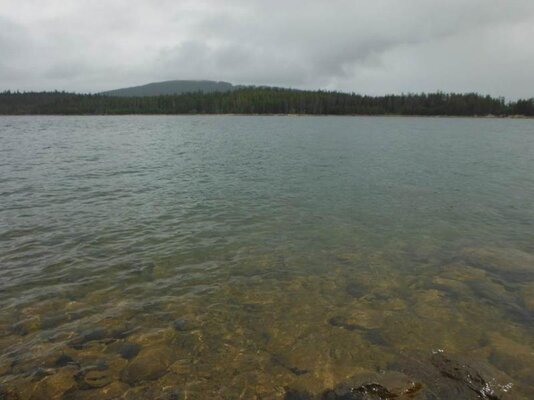 My rainbow was about 14" and the lakers were 15" and 16". The biggest fish caught was probably at least 18" long, though I didn't measure it. The lake trout seemed pretty deep, though they were within range of a long cast thanks to the steep bottom. For some reason we caught the rainbows earlier in the day, and then we got nothing but lakers after that. They fought pretty well, especially when they got closer to the surface, and they seemed to pull harder than the rainbow I caught.

Moderator
It looks like that 'bow is a stocker; and the Mac's are probably nates.

BTW, here is a contour map for anyone who's interested: 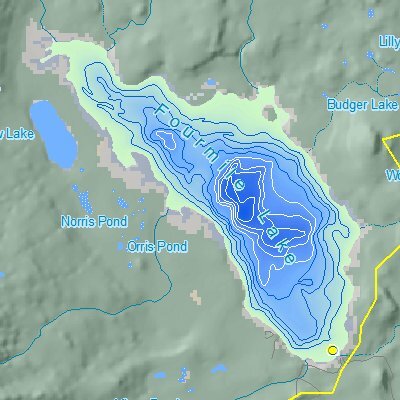 The Mac's were stocked there 15 or so years ago if I remember right. And iv been there before where it was hard to keep the rainbows off the hook. Really fun place to fish except when the mosquitoes come out.
A

We got lucky with the mosquitoes; I didn't see a single one the whole trip, but I guess it can get pretty bad later in the year. The rainbow actually had red meat and its fins weren't worn down at all, so it might be a holdover from a past plant. I'm not sure how fast Mackinaw grow, but if many from the original plants are still around they might be getting pretty big by now.
N

Thanks for the heads up I am going to try and go there this weekend. Anyone know off hand if fishing is legal up there 24 hours a day
A

nymph21 said:
Thanks for the heads up I am going to try and go there this weekend. Anyone know off hand if fishing is legal up there 24 hours a day
Click to expand...

The special regulations don't say anything about fishing hours for Fourmile, so it's open the normal times, 1 hour before sunrise to 1 hour after sunset. The only special reg is a limit of 25 kokanee in addition to the trout limit. Nearby Lake of the Woods is open 24 hours and also has the bonus kokanee limit. The road to Fourmile was almost entirely clear when I was there, but it might get more snow with this colder weather. If the road is blocked, Lake of the Woods might be a good backup, though I've never fished there. Also, I tipped the worms with a salmon egg when I caught the lakers, but it probably doesn't matter since other people were catching them without the added egg.
Last edited: May 21, 2013
N

Yes lake of the woods would be my backup. I went there last Sunday with a friend and we caught 7 rainbows and 3 kokanee

F
Any tips for fishing at Progress Lake?