Went out this morning, arrived a little later than I wanted about 8:30, air temp was 34 degrees....

I was so distracted by the temps moving through that I never checked the wind! It was strong 8+ out of the NNW all day, eventually blew me off the water at 11 after catching 3 decent fish. All of them were tight on structure and came off a chatterbait

I ate lunch and portaged my kayak across to the smaller pond, caught one nice one, and left right after.

Met 2 guys fishing the Oregon Kayak Bass Fishing tournament (online/facebook), wish I would have completed! I was a 4 fish before one of them was on the board

Also met a few more locals, who all agree it's going to get tougher! Probably 5 or 6 kayakers and another dozen people on the bank fishing

Check out the weird blister on the third fish. What odd is it was matching on both sides, not sure if it's a parasite or infected wound from a talon?

Had a deer join me for awhile too 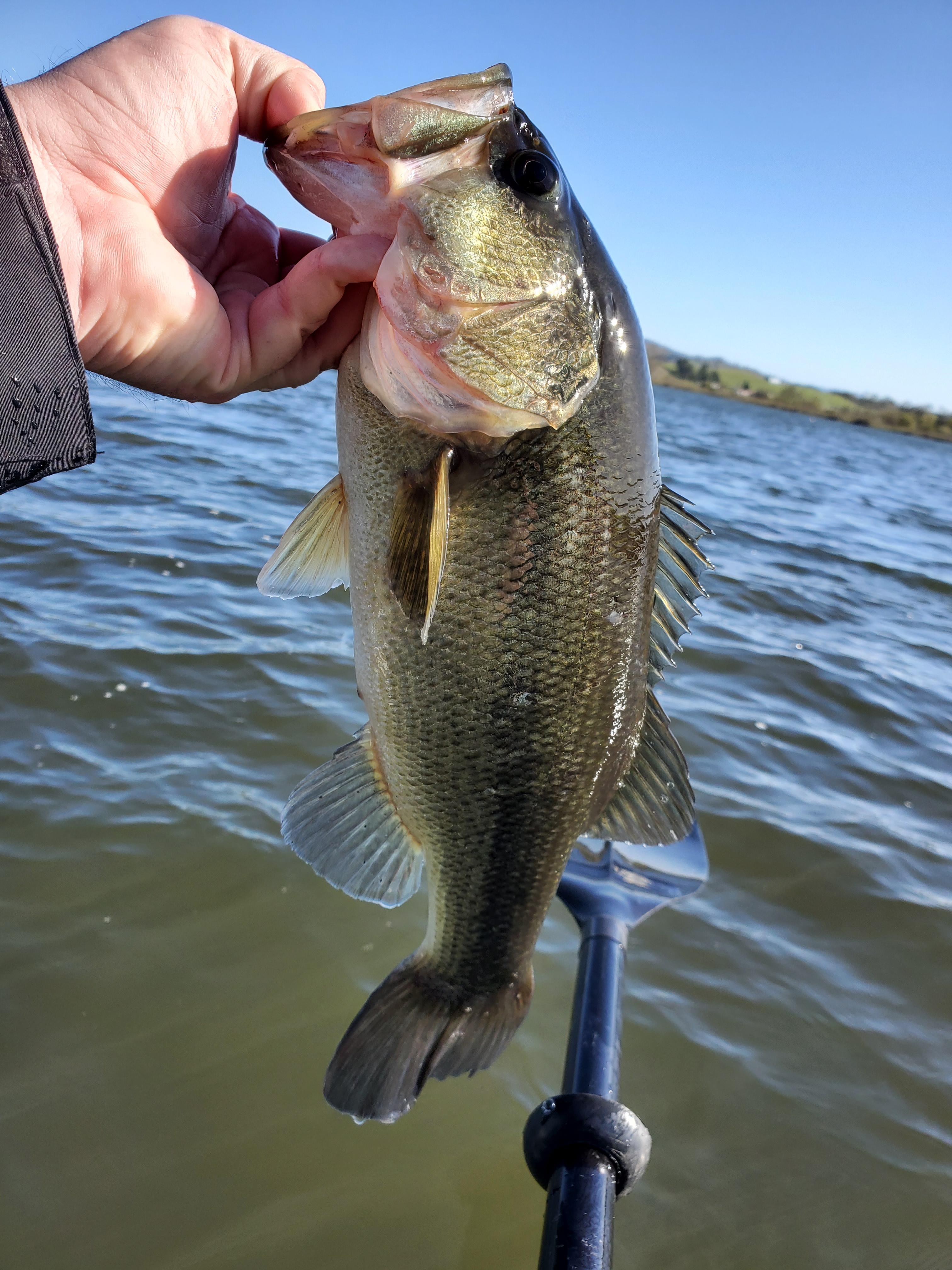 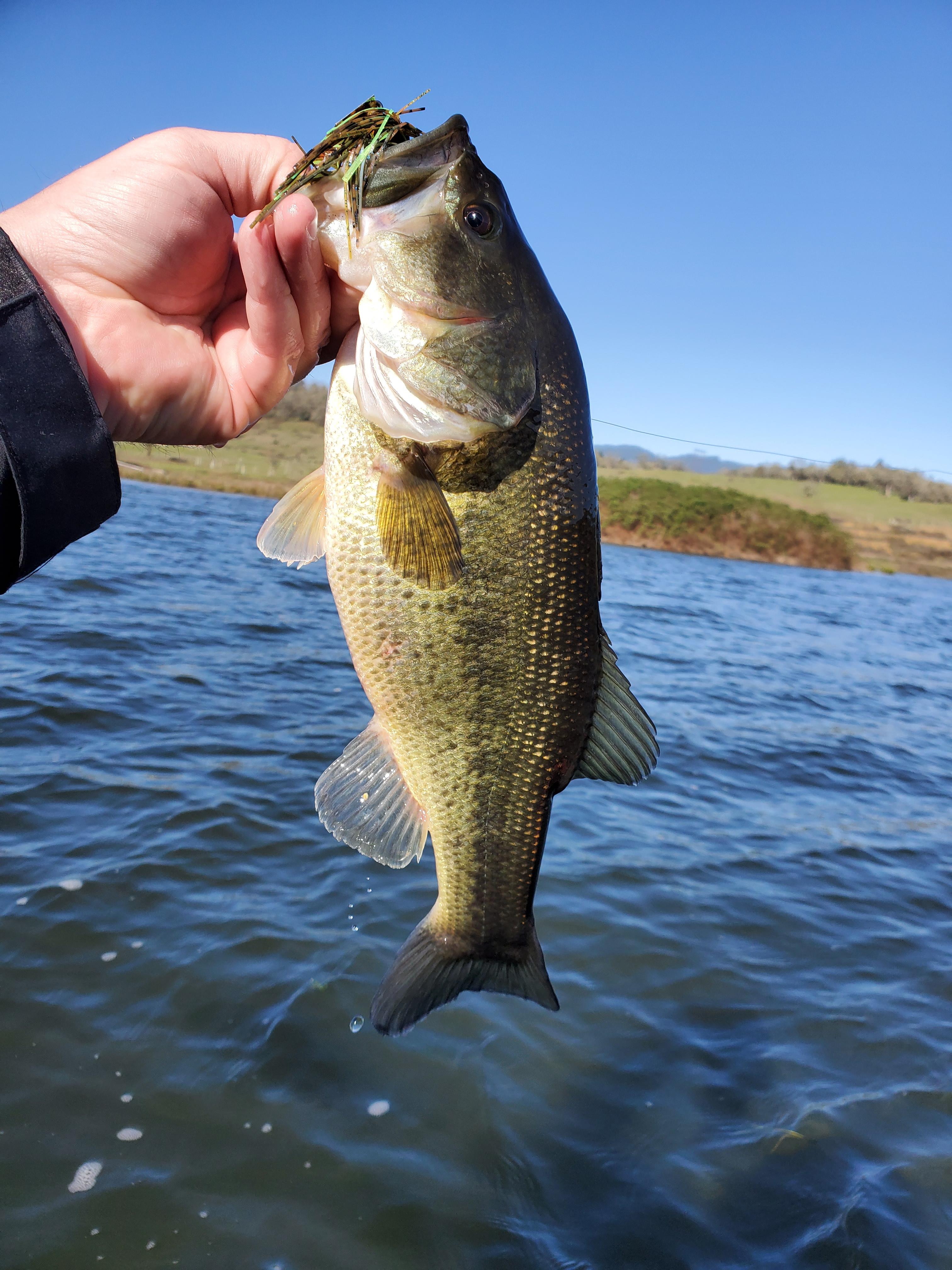 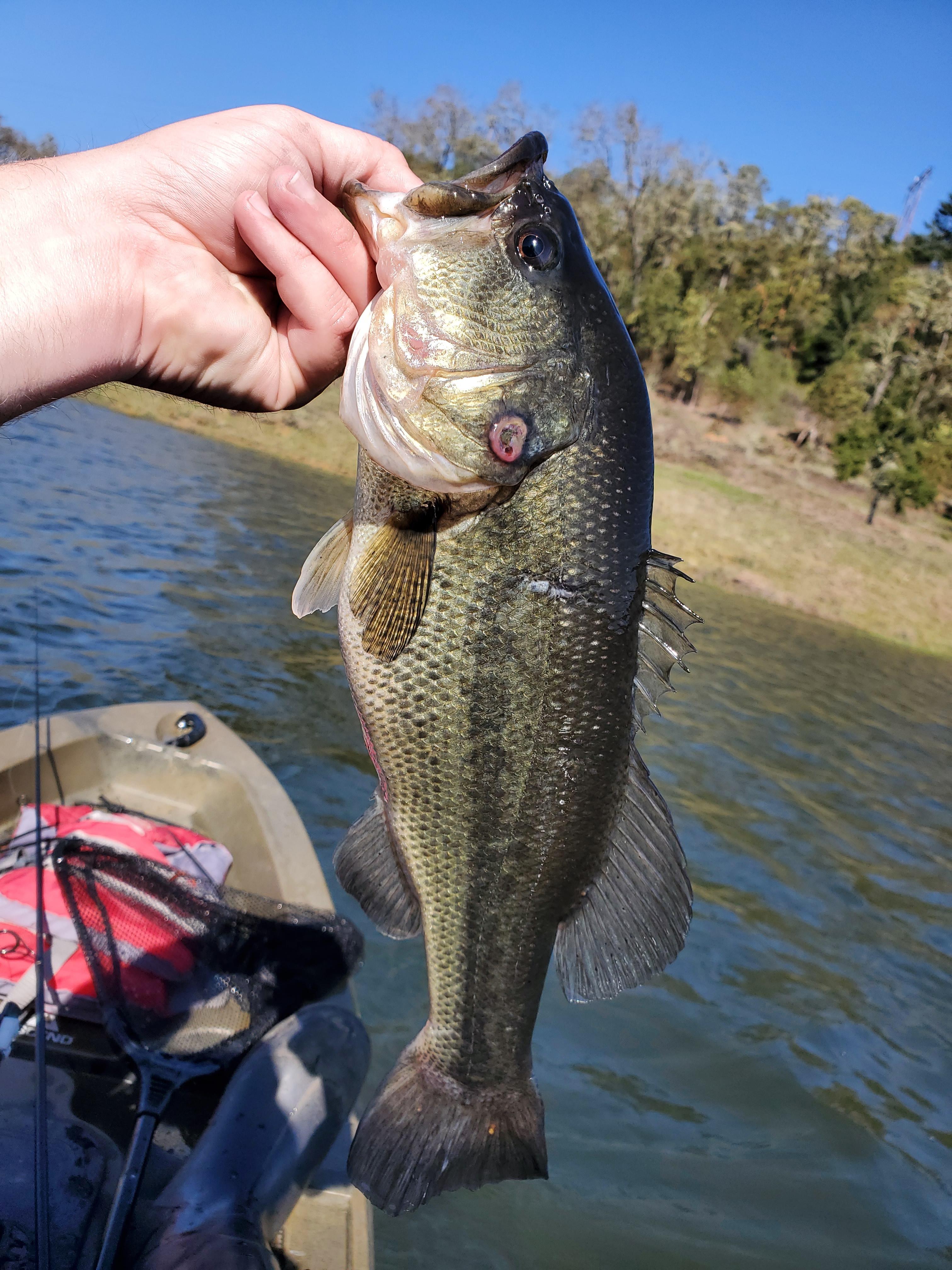 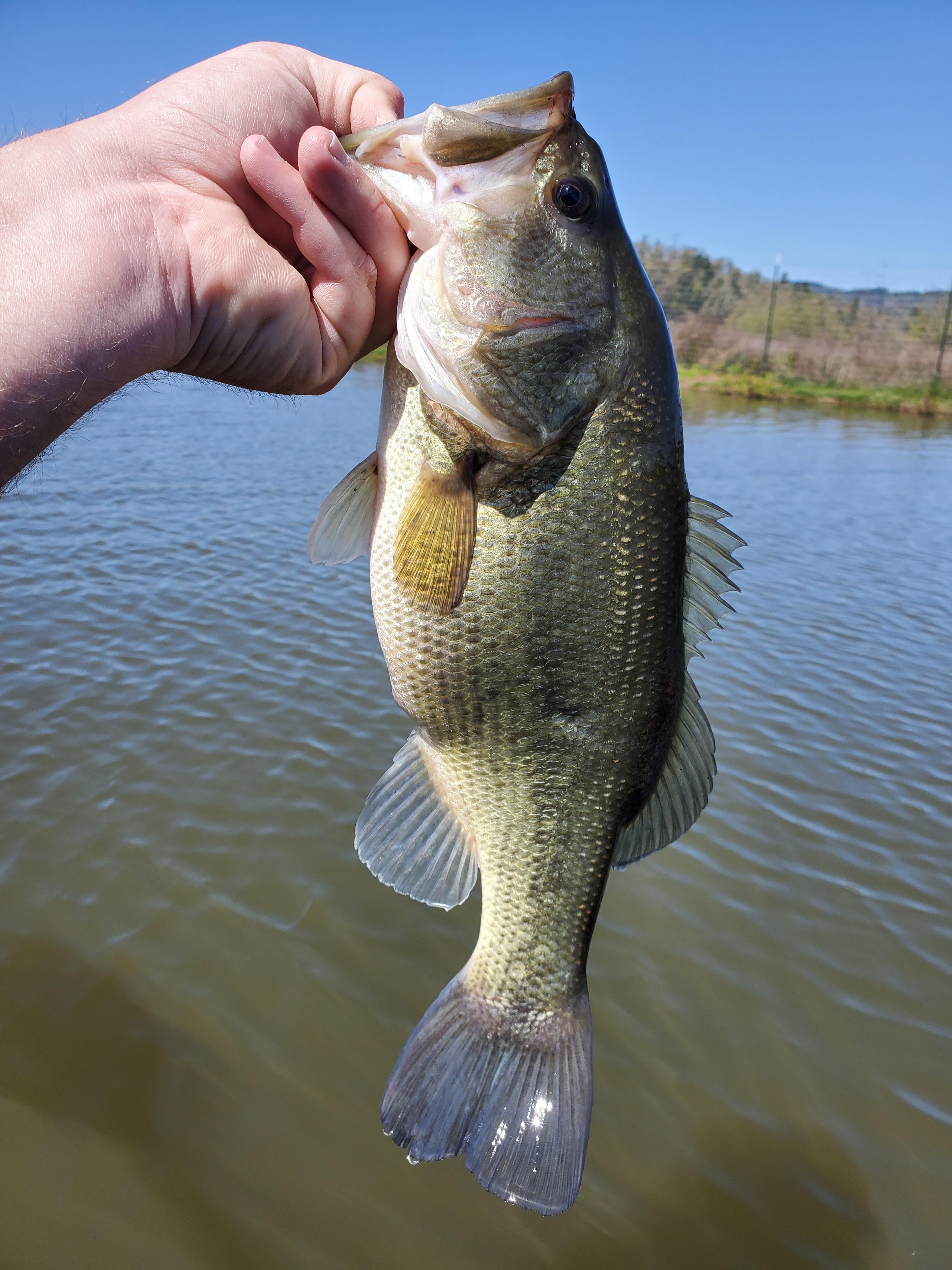 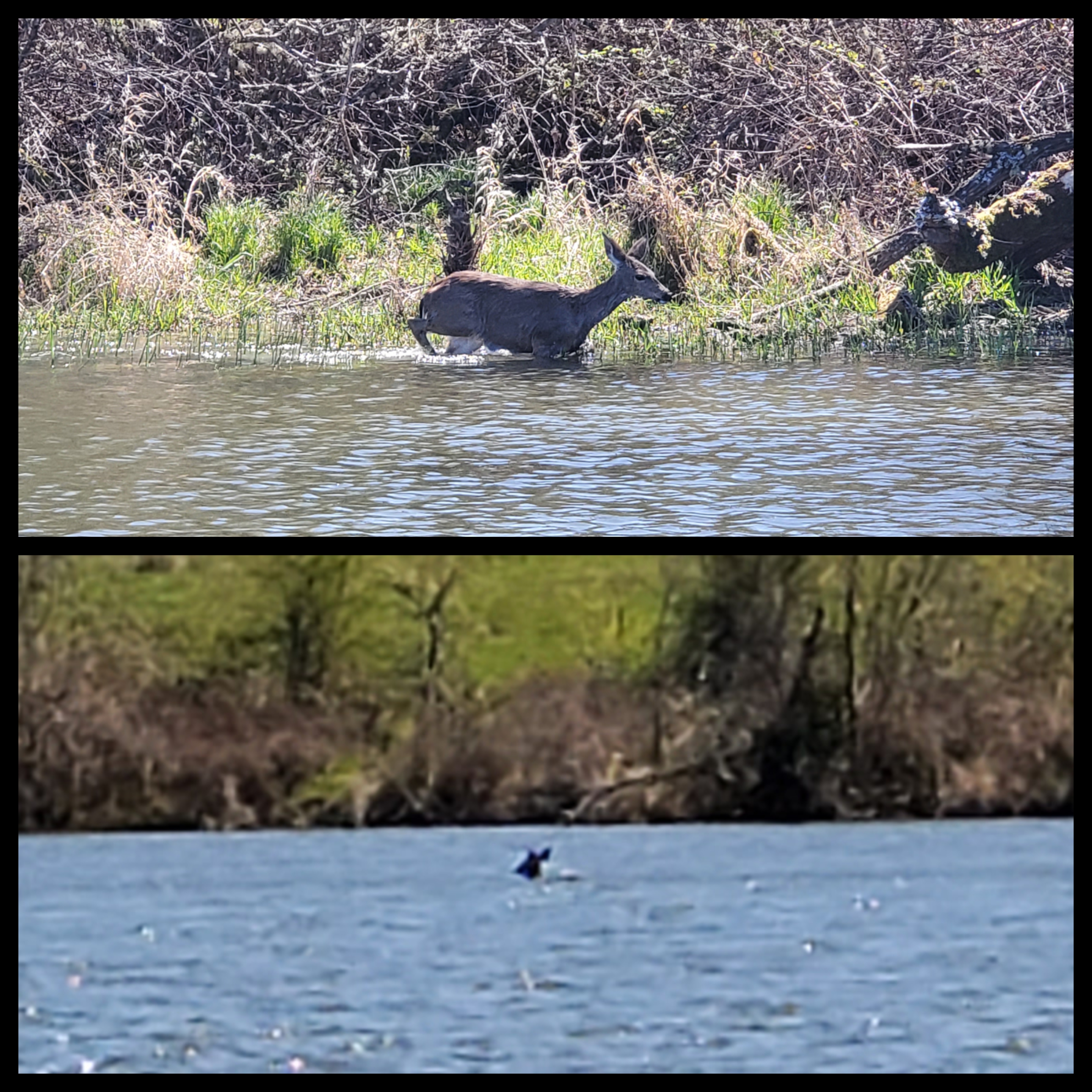 Ever see any Crappie in there......I see some big bluegills there but never any crappie.

bucketman009 said:
Ever see any Crappie in there......I see some big bluegills there but never any crappie.
Click to expand...

Nope can't say I have personally but it would not surprise me if there was a population of them in there.

bucketman009 said:
Ever see any Crappie in there......I see some big bluegills there but never any crappie.
Click to expand...

I have caught 1 nice one on a rattletrap, got it to the kayak before it shook off

Other than that nothing, but they are supposed to be in there

I think I caught 7 or 8 out there yesterday. Started off real cool 38 degrees, fishing was dead until the afternoon bite.

I returned and fished it from 3-730 and caught all of them in that time, fish were paired up, cruising the shallows, and I even saw a pair on a bed already.

Was throwing a fluke and a frog of course.

Water is super clear, and when it's dead still you can see everything, found a few new spots that will be awesome later this summer.

Best went 4lbs 7oz (last photo), and to counteract that I think I caught my smallest bass out of there as well

I missed taking photos of 2 fish, tried experimenting with holding them in my right hand, but my thumb isn't strong enough to hold them I guess 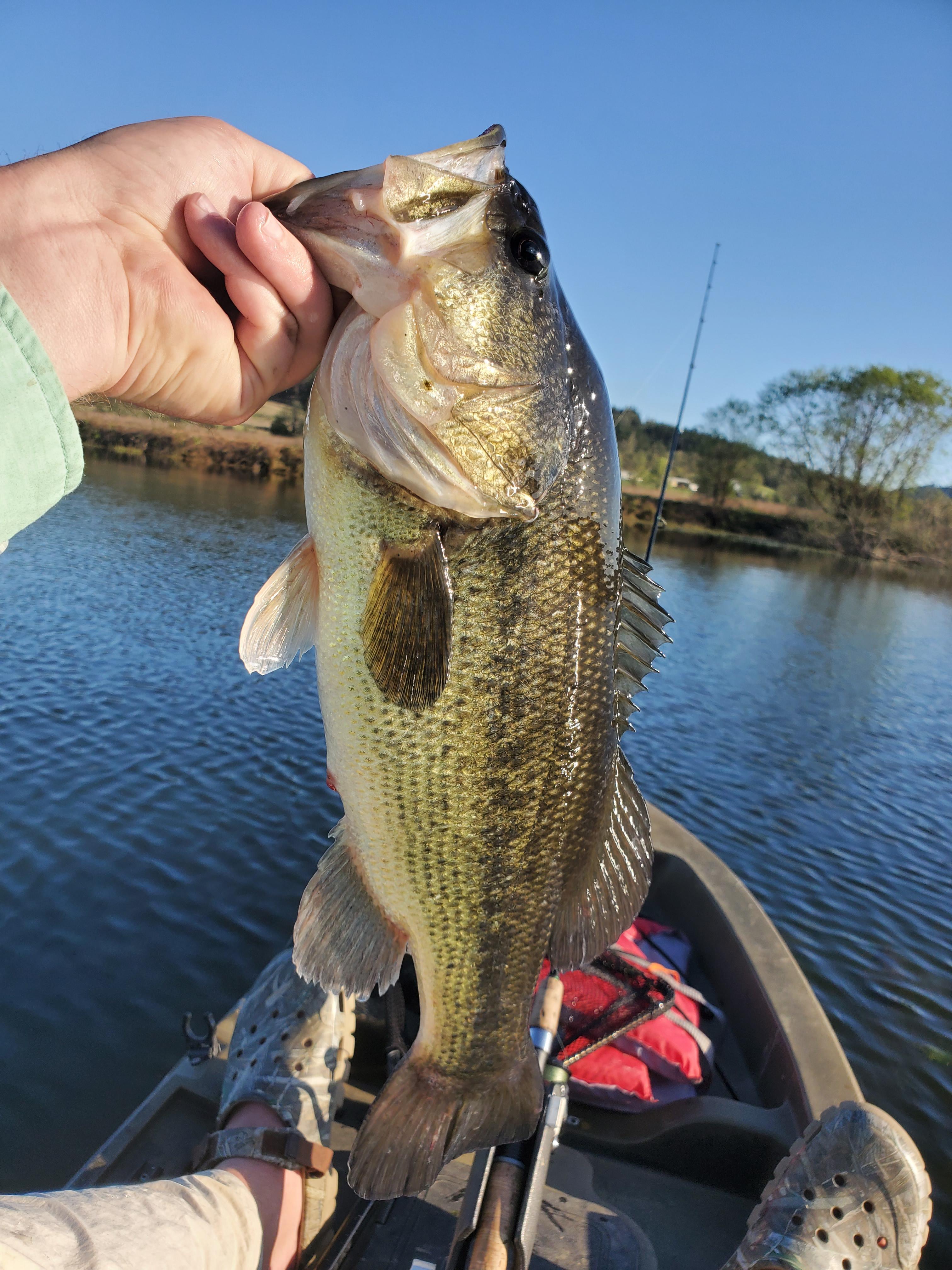 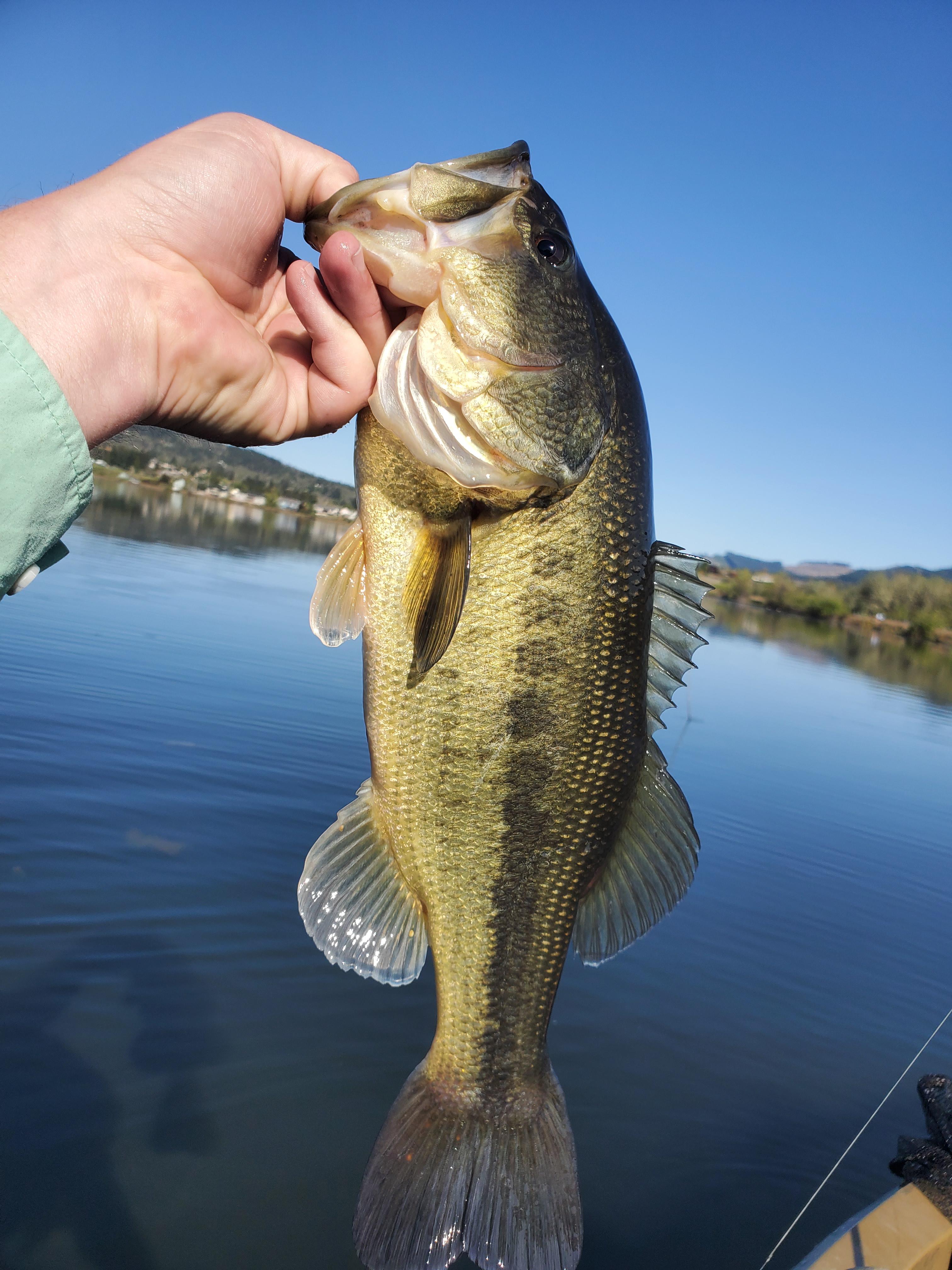 What a day! I slept in through 4 alarms and got to Ford's about 8:30, dead still, light drizzle, maybe 1 other angler.

Launched and made a loop, can't believe how far grown the weeds are, there's quite a bit that has broke the surface already, and about 90% of the rest of the lake is a foot below the surface, one more week of sunny weather and she'll be swampy.

Missed my first 2 fish, both seemed smaller, one didn't have the lizard in it's mouth all the way for sure.

Switched to a senko and caught one within 2 casts

Continued to pitch on cover and ended the trip with 6 bass, 3 missed fish. Caught one with a real broken bottom lip, split right in half. Healed up though and seemed to be healthy fish overall


Got off the water about 11:30 and went to platt and grabbed lunch

Came back at 2pm and the south wind was blowing strong 10mph across the lake, no way I could fish the evening unfortunately. 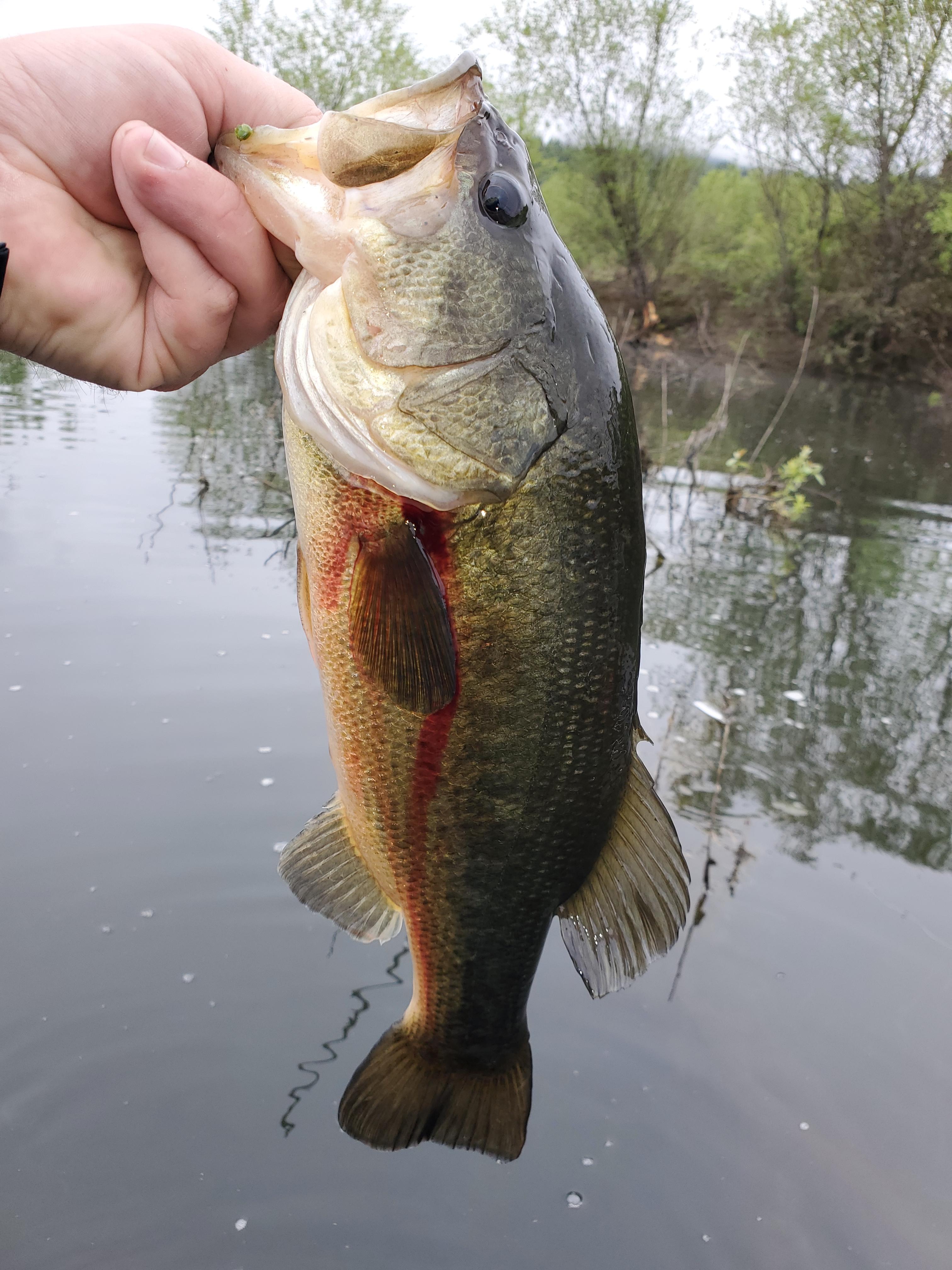 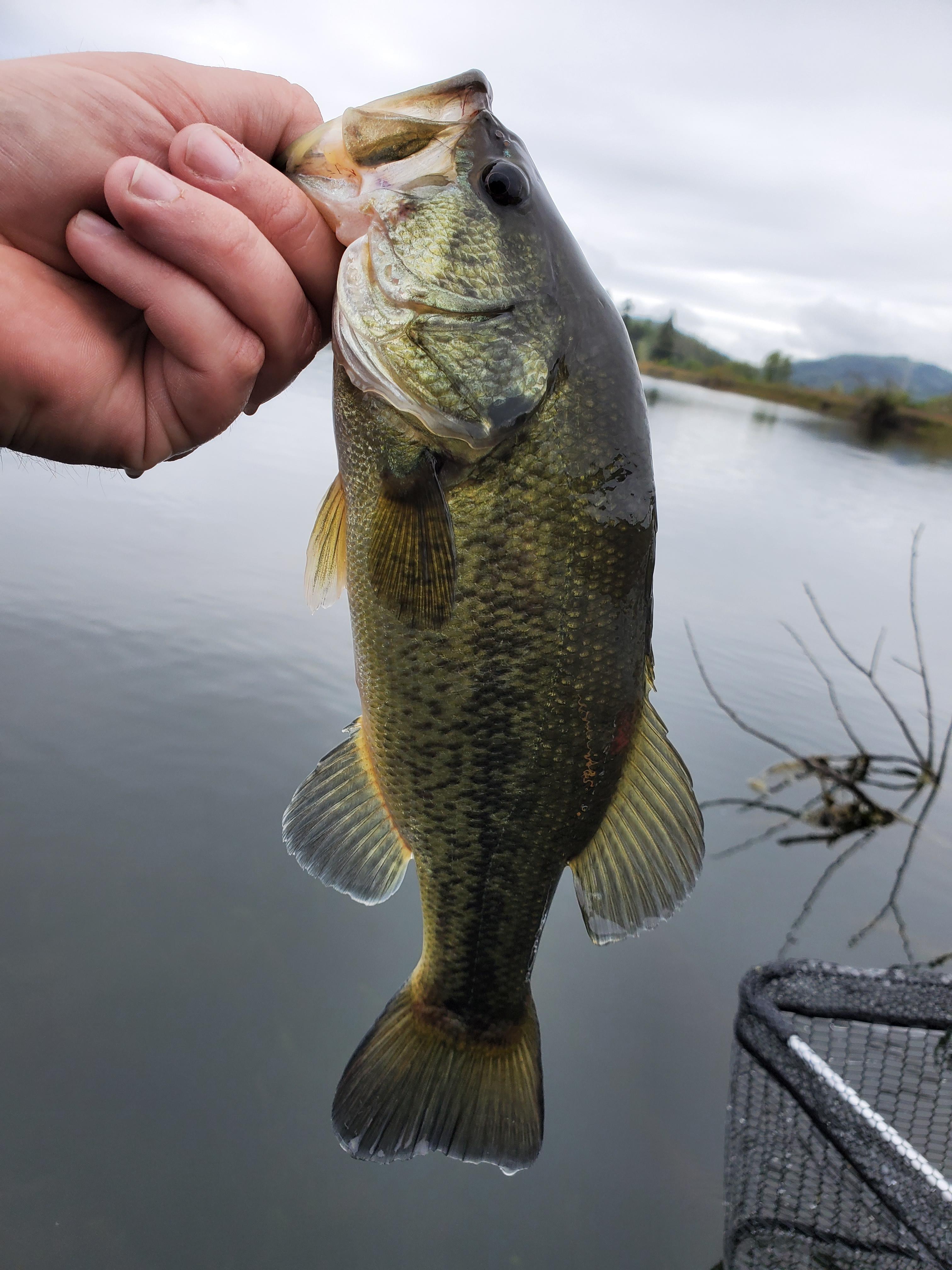 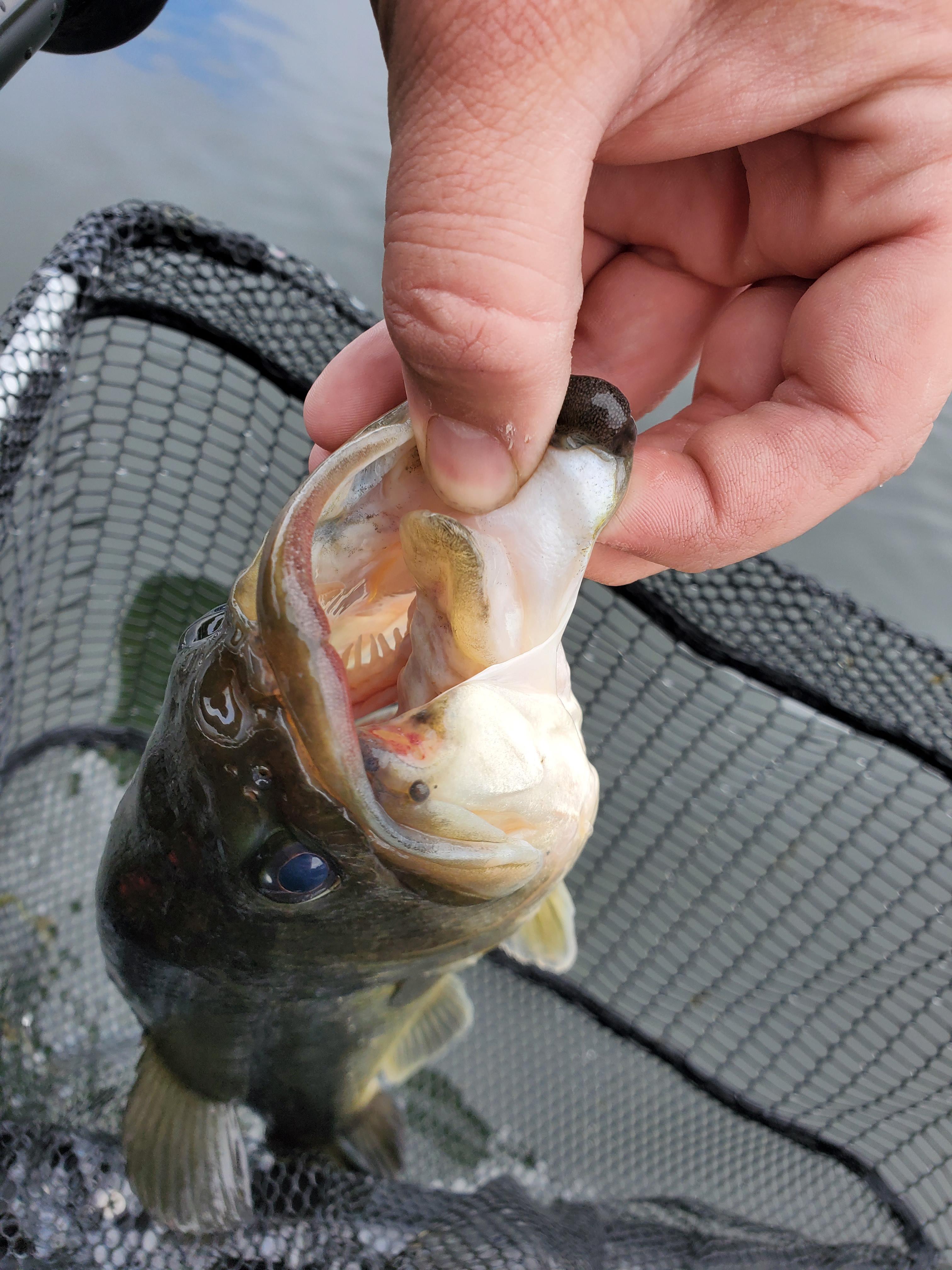 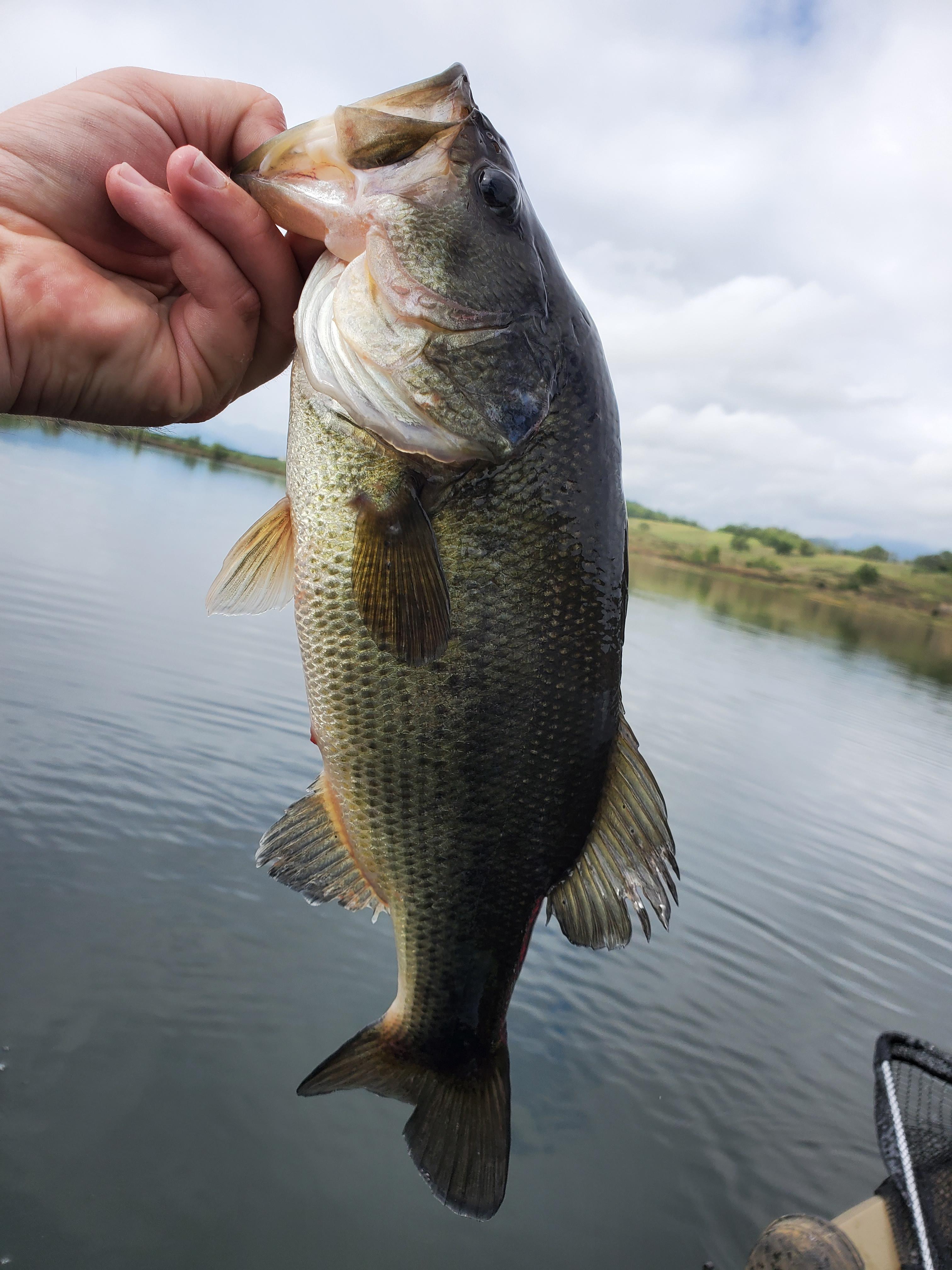 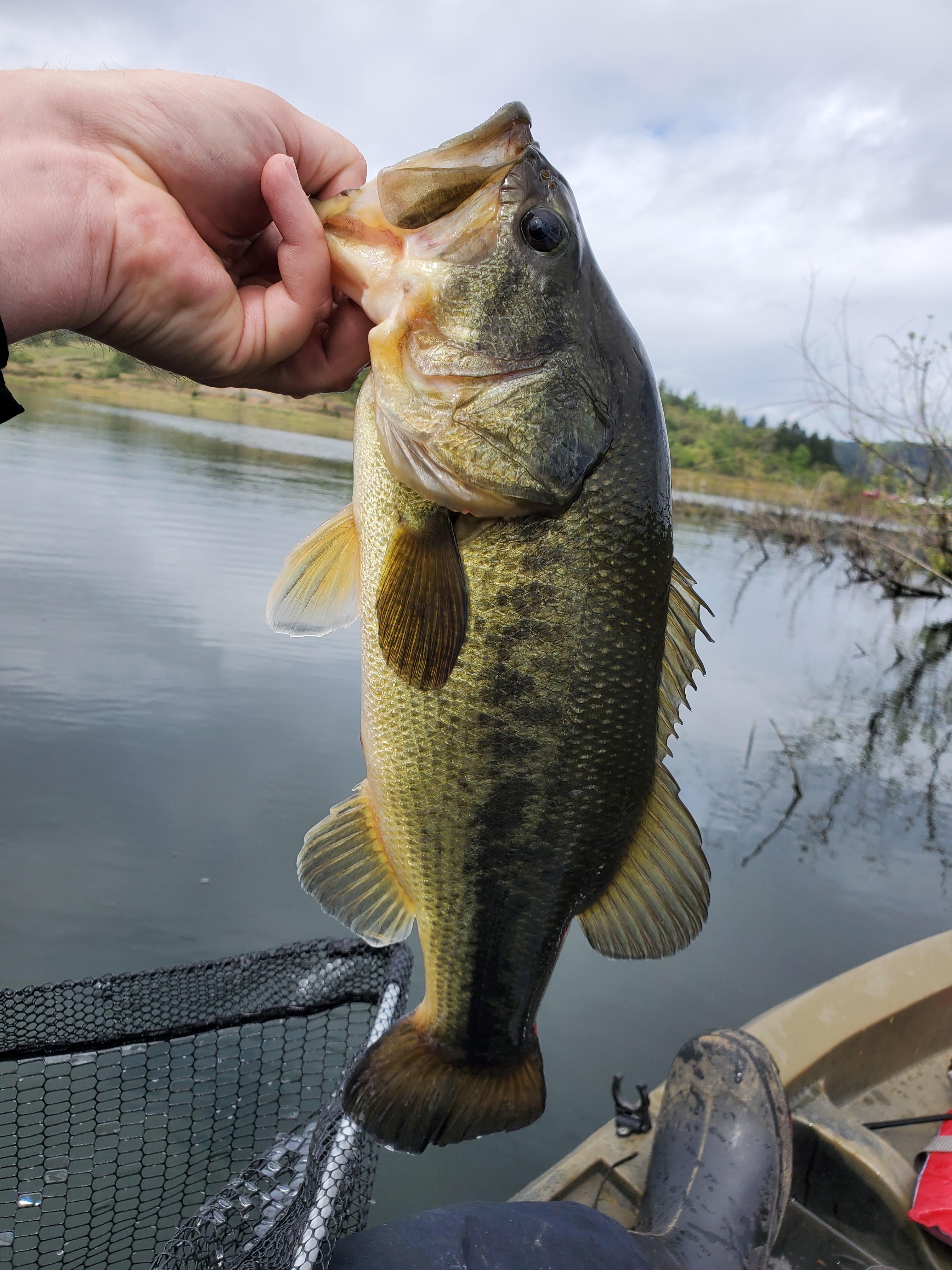 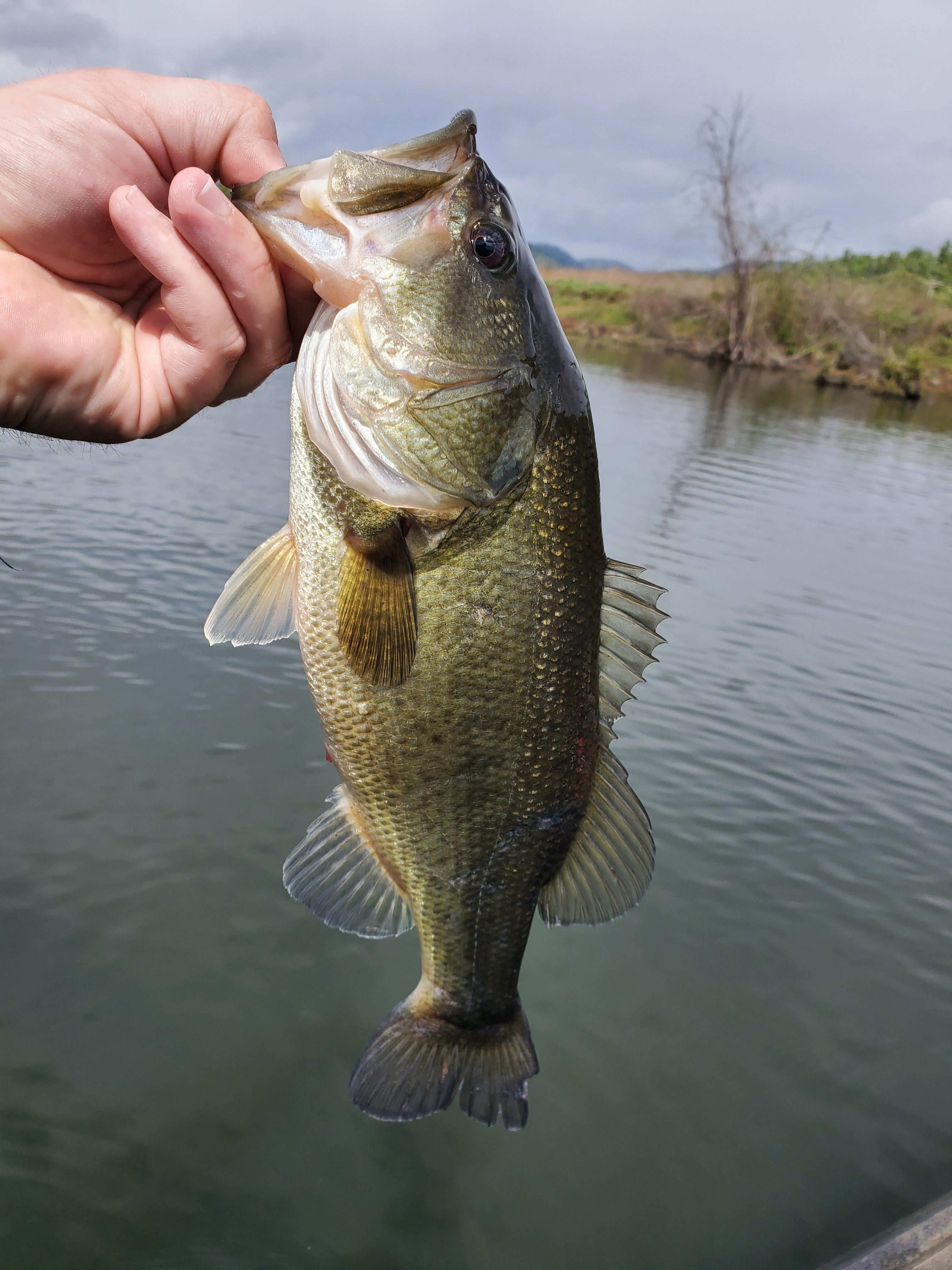 Also last Friday we stopped and night fished fords. I lost a big one pushing 6. My buddy caught a 2-3 pounder and other buddy lost one around 2. Got on the water about 6am, light rain, no one else out there.

2nd cast with a frog....boom! Unfortunately as I had switched my frog reel back to my Ci4+, and the anti reverse randomly doesn't lock up (super well used reel, time for retirement), the fish took off towards me and once the line was slack she was gone

I did redeem myself on the next weed pile though, only frog fish of the day. Everything else came on spinnerbait, chatterbait, senko, and lizard

Fish were super tight to structure, I was pitching under people's feet at the bank and catching fish. Most don't know how shallow they are, and how deep the banks are out there

VMC hooks are working awesome, not a single lost worm fish, didn't miss any of the hooksets either. 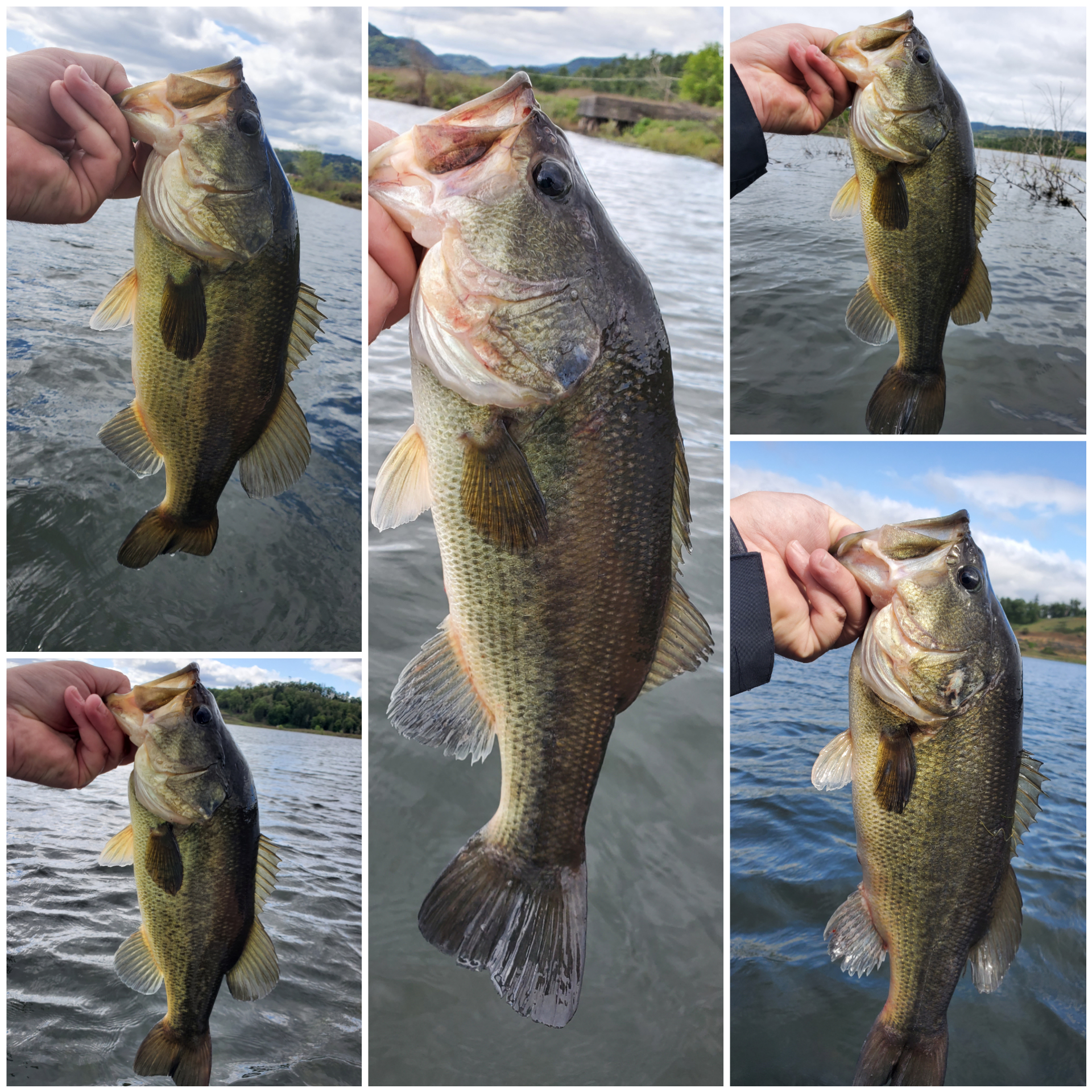 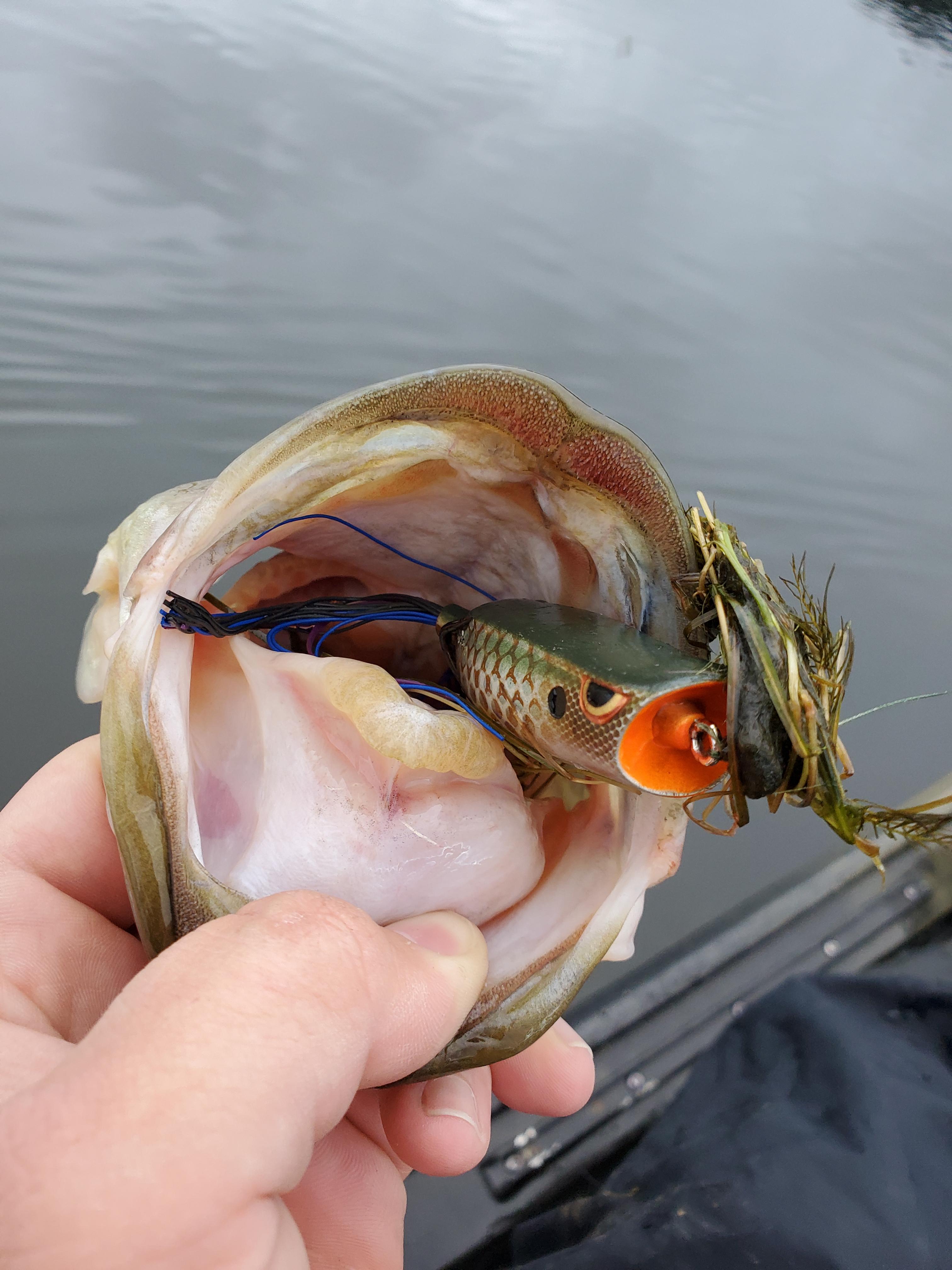 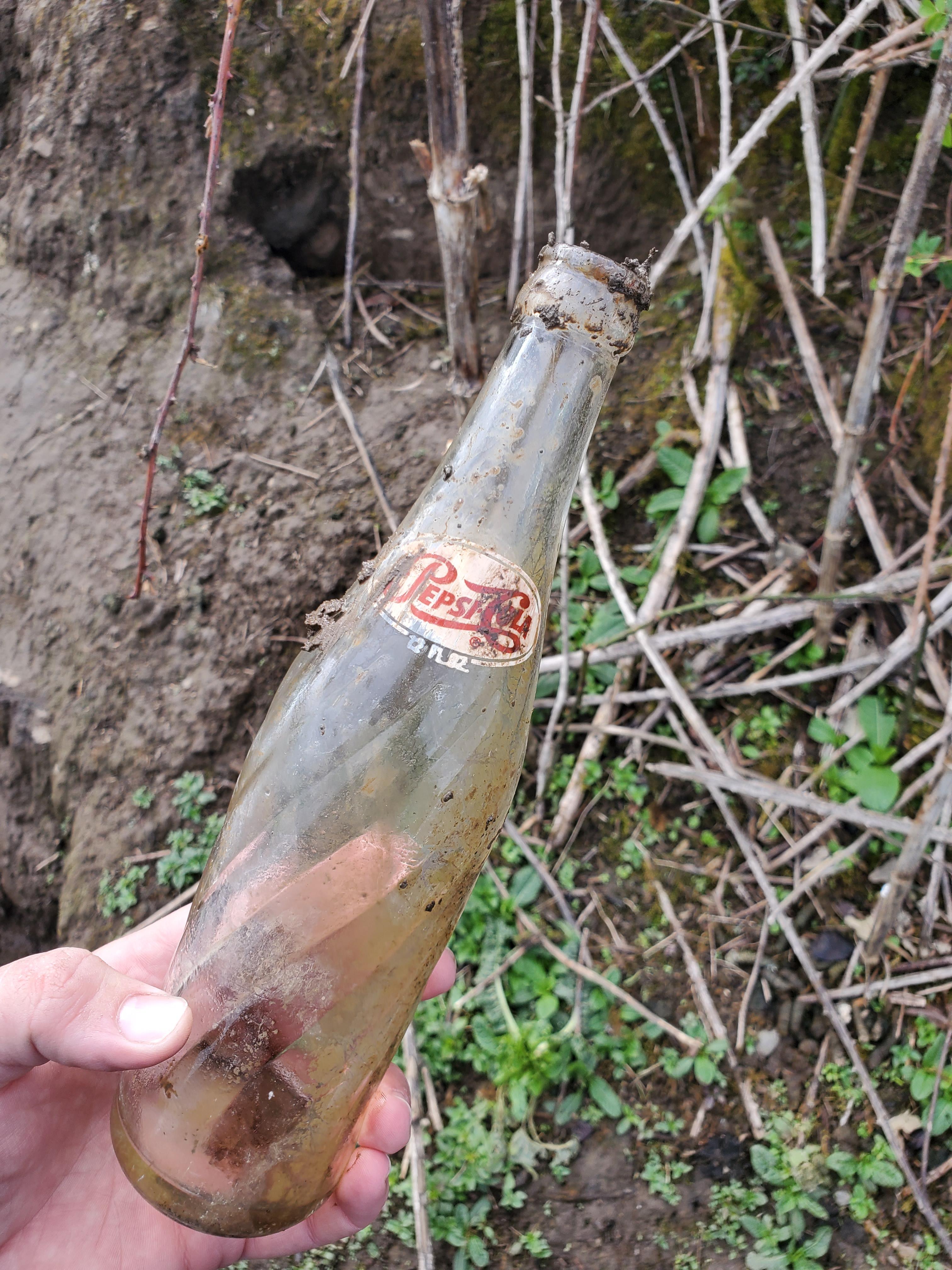