S
SteelieRn
First of all, let me say I am doing this on my wife's laptop since my computer died. This is not a keyboard..

I had a chance to fish Diamond lake with my fishing buddy, who has fished this so much his GPS looks like a road map of top 10 hits. I give this report as freely as he does, to anyone who will listen. thanks for the lesson Marc.

We stayed at the lodge for three nights and kept the boat at the marina there. Let me say if you are a senior, the discount is very much worth asking about.

We launched the boat and by the time Marc got it to the dock and I had parked the truck it was raining, storming, lighting, and had hail. 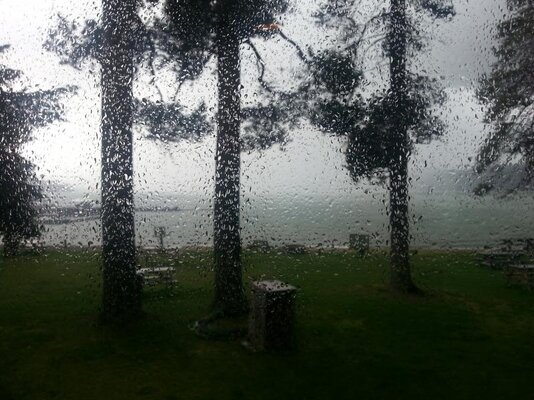 After the storm ended, we felt we could go out for a while. Heck, it looked pretty good! Surprise, no storm but a hard relentless rain that did not stop. I spent about $150 on a Grunden's Gauge weather tech jacket that is not waterproof! I finally had to give in and return even after we were getting hits on the downriggers. We ended with three the first night, and a new plastic Coleman rain suit.

The next day was better, but the rain continued, but I was drier. We ended up with more fish and were starting to figure out the program. 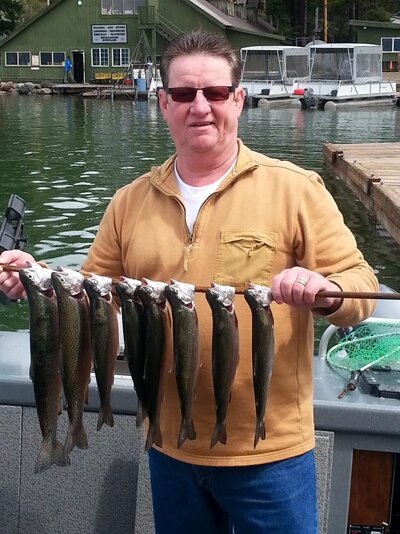 The next day was the best yet with two limits and nice fish. Needle fish on the down riggers at 15 feet in the morning brought the biggest fish, but around 11 a midge hatch started and we trolled rapalas (shallow) on the surface about 80 to 100 feet (no lie) behind the boat and put several more in the boat. Bugs don't taste all that bad!! 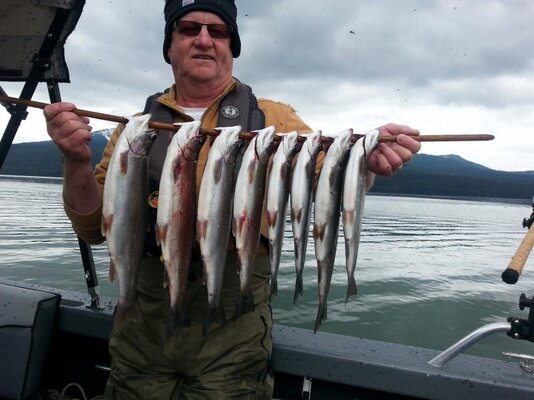 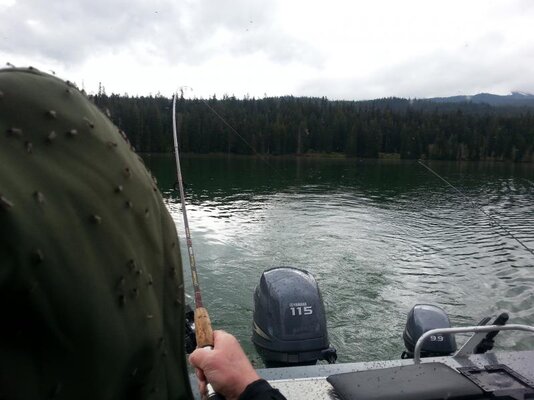 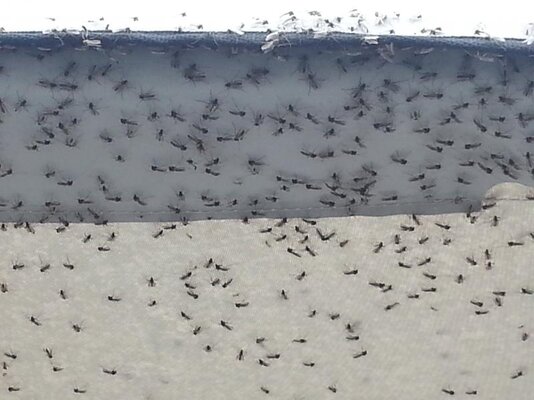 We went out that evening to finish off the days two limits, and Thielsen finally made a showing. Trolled rapalas on the surface again with good results on the south end of the lake. 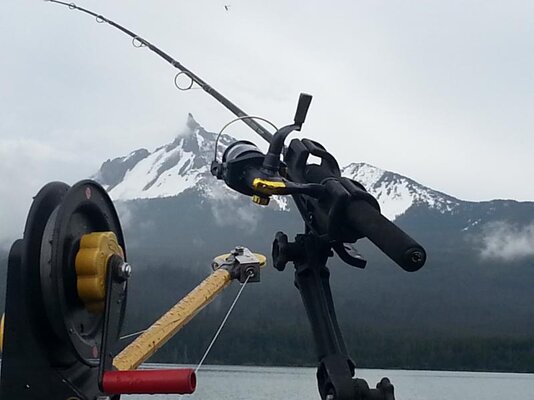 This rod is not on the DR, just next to it.. 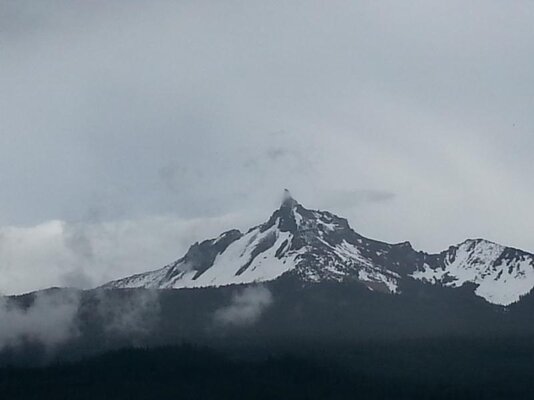 A lot of boats were fishing the bottom at the cheese hole, but we didn't see any big catches there, some fish though. We did very well on the west side of the lake in the AM and anywhere else the rest of the day. We covered a lot of water. the Rapalas we used were light on the bottom and brown or rainbow dots green and black dot needlefish. Sorry, Can't remember the name. We saw some on the bottom, in 40 ft, but trolling there was not productive at all.

If I get the chance I will go again in a second. the rooms are what they are, no frill but you can't beat the price with a senior's discount. the food was good and the cost not too expensive. Again a thinks to my fishing buddy for the chance to learn a new spot.. I might have to try camping there..

bass
Awesome report! Thanks for sharing and congrats on your success.
P
playhooky
One of my favorite fisheries in Oregon. Gotta love those midge hatches when they happen.....you learn to keep your mouth shut in a hurry. Glad you guys found some lunkers. Congrats! Those big bows are so much fun on light gear. You've got me yearning to get down there again soon.


Sent from my iPad using Tapatalk

C_Run
Wonderful report, glad you did so well despite the rain.
H
Hookset
Awesome report thanks for all the great info.
You must log in or register to reply here.