bass
I took off work on Friday the 11th to fish the Columbia out of Stevenson, WA. I did so because the weather report indicate little to no wind all day long. To say that I was upset when I got the ramp and saw white caps and rollers would be quite the understatement. I almost did not even launch.

I decided that since I had driven an hour to get there I should at least get the kayak wet. The wind had me in a foul mood as I launched. When I reached for a rod I noticed that I had forgotten to leash my rods (I keep the rods I am not fishing with leashed to the kayak in case I tip). As I was reaching around to hook the rod leashes up I caught the sleeve of my raincoat on a treble hook. I grabbed my pliers and tried to back out the hook while on my knees in the kayak which was rocking around like crazy due to the waves.

I created about a foot long tear in the sleeve of my rain jacket when I pulled on the hook just as a bigger roller hit the kayak. Just perfect.

By this point I am out and out seething about the weather and my sleeve. Once again, I almost pack it up and even started to pedal back to the ramp but I decided to stay at least for a little bit.

I started fishing and in a bit caught a small bass. I kept fishing a caught a few more dinks (which is unusual for the Columbia, usually good-sized fish abound). I am just getting angrier and angrier by the minute. To add to my good mood I snap off my favorite spinnerbait on a cast. I must have had a bad nick in the line. Grrrr.

I finally catch a decent sized bass (2 1/2lbs) and that cheered me up some but it was a stray fish. In the wind and the rain (which is nicely soaking through my torn sleeve) I could not put together a working pattern. Every fish I caught seemed random and unrelated in its behavior and location to any previous fish.

Further down after another lull I hook a second nice fish and lose it right at the kayak. "You have got to be kidding me" I said to myself. Crank and wind, crank and wind, feel the chill as my sleeve and arm just get wetter and wetter.

I fished one of my favorite spots and did not get a sniff, but it was just so hard to fish in the wind and the waves. I went and fished some other known good spots and caught a couple of more fish, but nothing notable. I could barely concentrate on fishing as I just kept thinking that I burned a day off from work for this and the anger would boil inside me.

Late in the morning (I am still not sure why I stayed) the wind died down and so I went back to my favorite spot. With the calmer wind I could actually fish it effectively. It was as if a switch was flipped. The bite turned on hard. The fish were deeper than I expected with the overcast conditions (10-15') and would not consistently hit a moving bait but they could not lay off the Ned rig.

I ended up with 33 smallmouth on the day, mostly on the Ned rig. I had a 3lb, 3lb 2oz and 3lb 6oz fish and lots of fish over 2 lbs. I still occasionally caught a dink but they became the exception rather than the rule. A morning that was close to one of my worst ever turned into and afternoon that was good as they get!

The fish never got super active and I would periodically waste time throwing an active bait. Occasionally I would catch a small fish doing that but then I would go back to the Ned rig and start catching quality fish again.

That had to be the biggest 180 of a day I have ever had. By the end the water was like glass and the bass kept biting all afternoon and were still biting well when I left. I am so glad that I just sucked it up and hung in there. I almost rage quit so many times during the day. Some days you just have to be relentless. 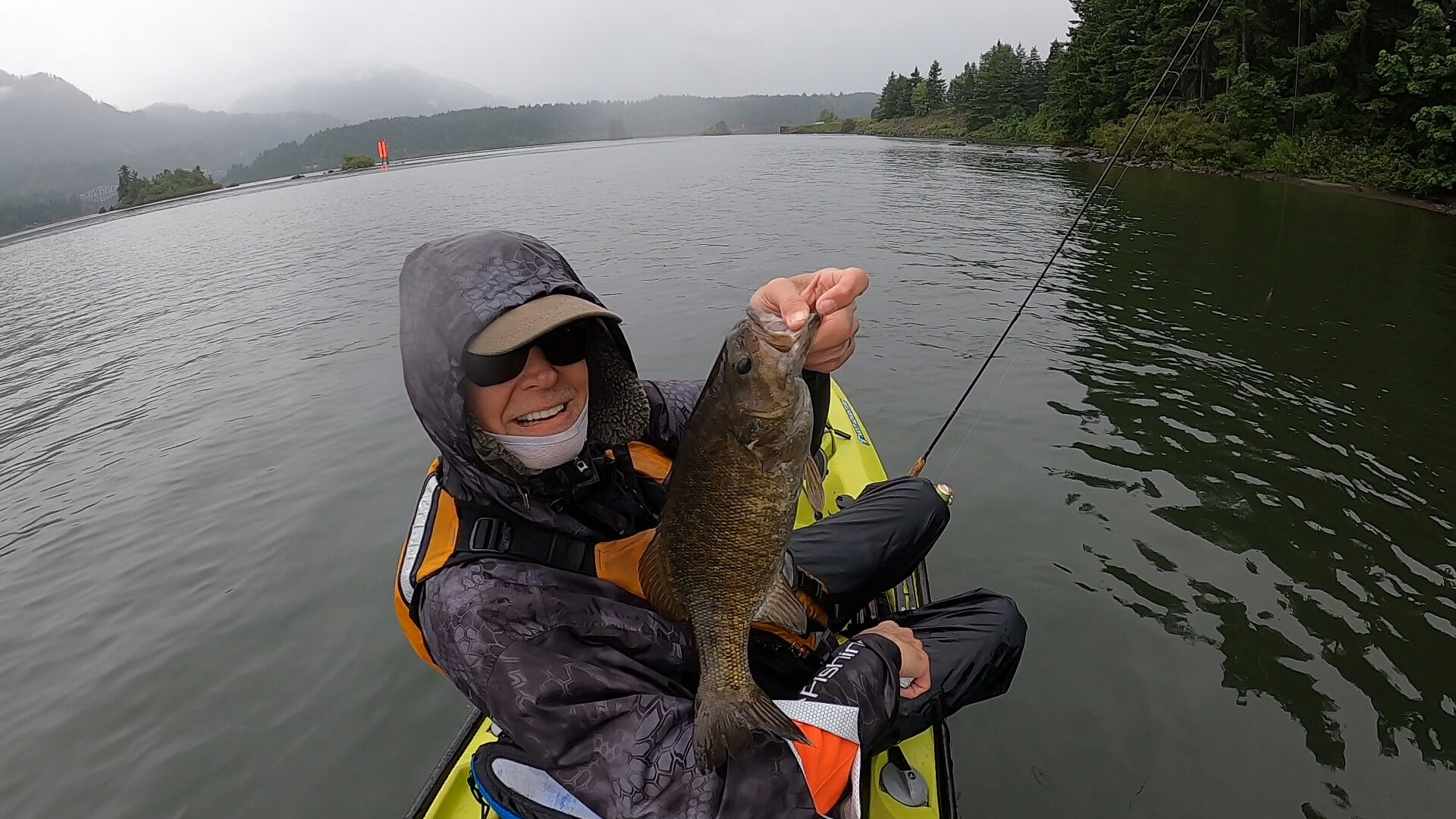 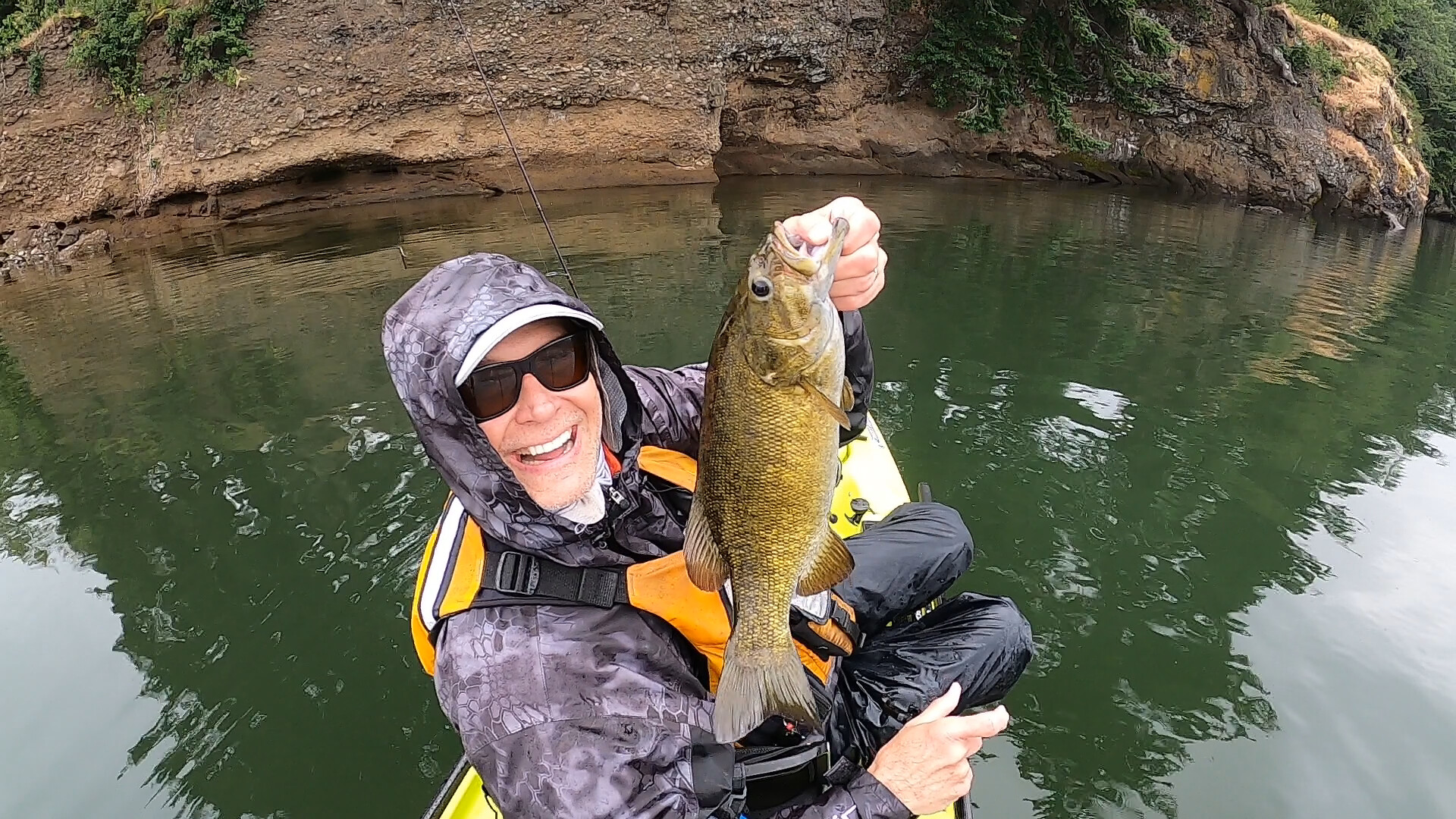 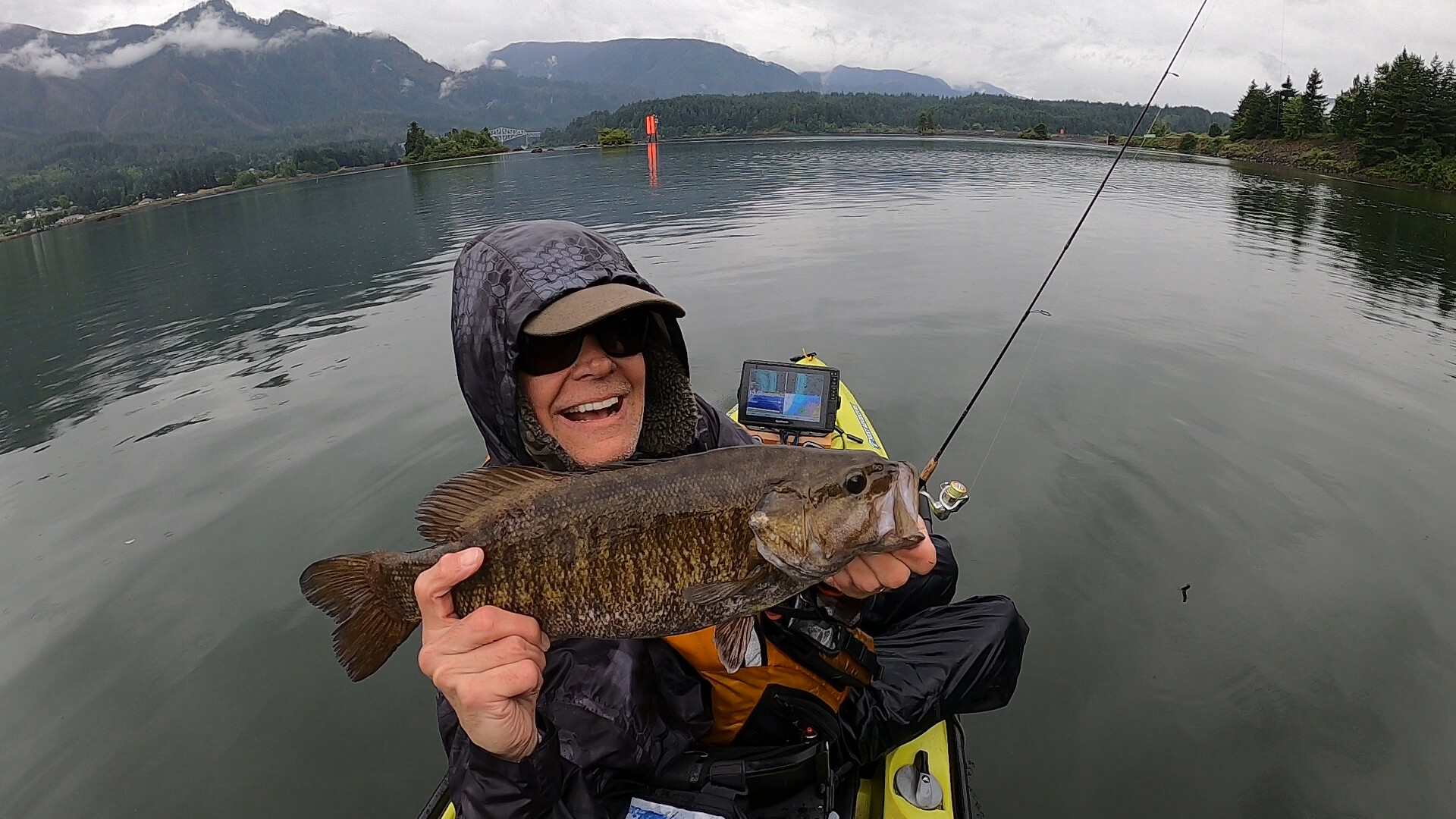 Some video from the day:

NKlamerus
I have definitely had days like that! But without the 180 lol

Sounds like a fun trip, might need to make the drive one of these days just to check it out.

The Columbia is really great on those days when the wind lays down. Unfortunately in the summer those days are almost nonexistent. Normal summer days are really breezy in the gorge and not fish-able. I watch that wind forecast like a starving man watching a sandwich
You must log in or register to reply here.