I hit the upper Willamette out of West Linn on Saturday, August 7th with a friend of mine and it was a repeat of my last several trips there. Tons of fish (43 bass and I was leaving biting dinks to search for better fish) but the big for the day was only 1lb 14oz. 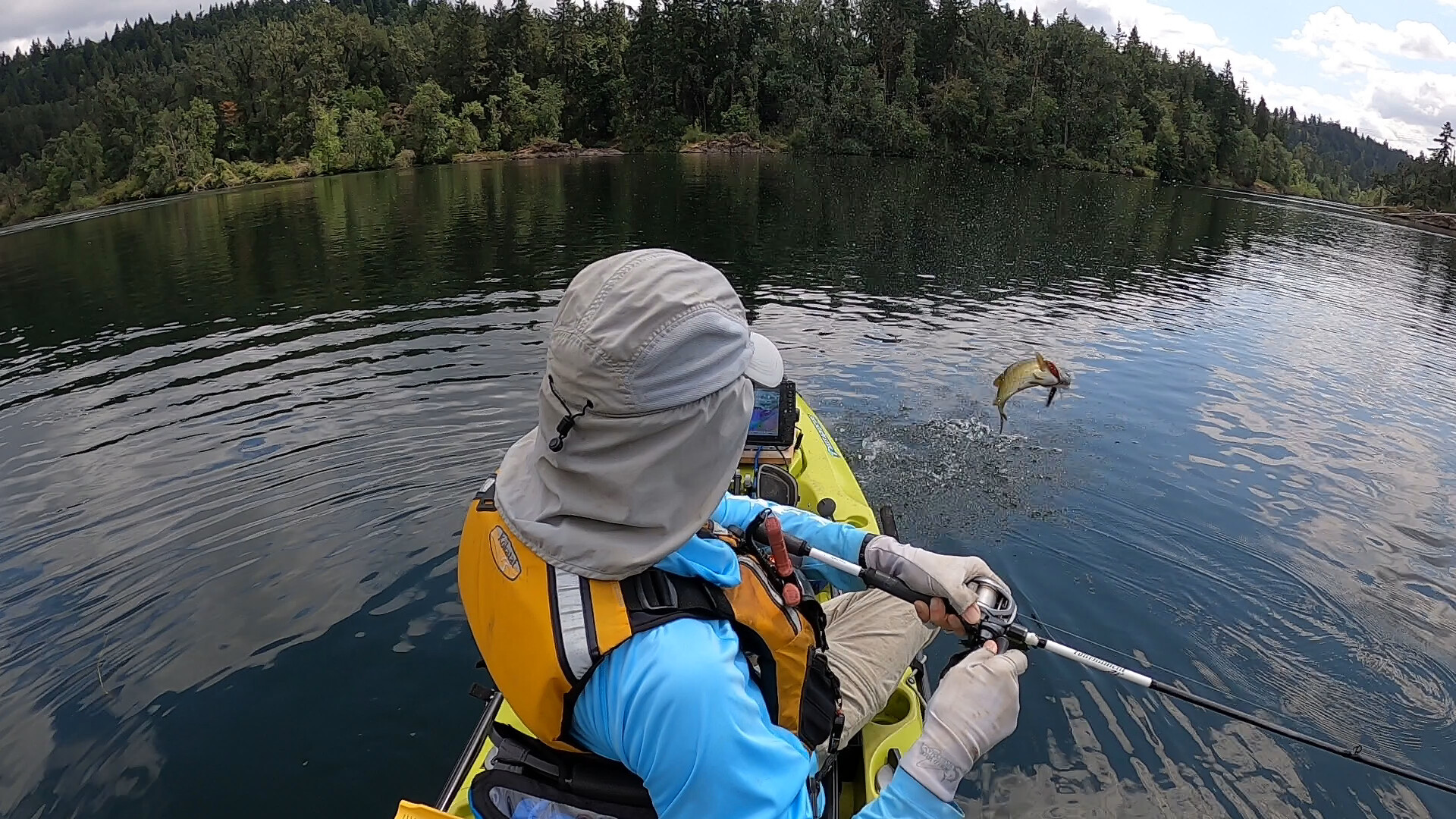