Social media is an issue but so are do

brandon4455 said:
It’s pretty rough these days man. Still worth it for the fish to an extent though. A plus is most of those people don’t know the river as well as some of us and there are still fish if ya work for em. lot of this is the product of unfortunate fisheries mis management that has led to everyone congregating at a handful of rivers. That and social media. I ran into a big group from Washington on my favorite stream that I don’t see hardly anyone on. Super disappointing, but still had a decent year. There have been a good amount of fish around
Click to expand...

Social media definitely plays a part in crowding certain rivers/spots. I really don’t understand why people feel the need to video absolutely everything and share it. There seems to be two groups out there. One group is trying to make money and get free stuff while satisfying their ego. The other group does it more for the attention. It’s a joke. That being said I recognize several spots in the pics posted on this forum too. Just sayin.
Last edited: Apr 3, 2020

Couldn’t help myself had a free morning. Made a quick run out to some water. 1 cast 1 fish and went home. Didn’t even bring any tackle just had a bobber rigged up and a few jigs on the visor in my car. Good sized wild hen. Sunset shrimp jig fly. Haven’t been able to fish my favorite pattern much this winter since the water has been kind of low for it 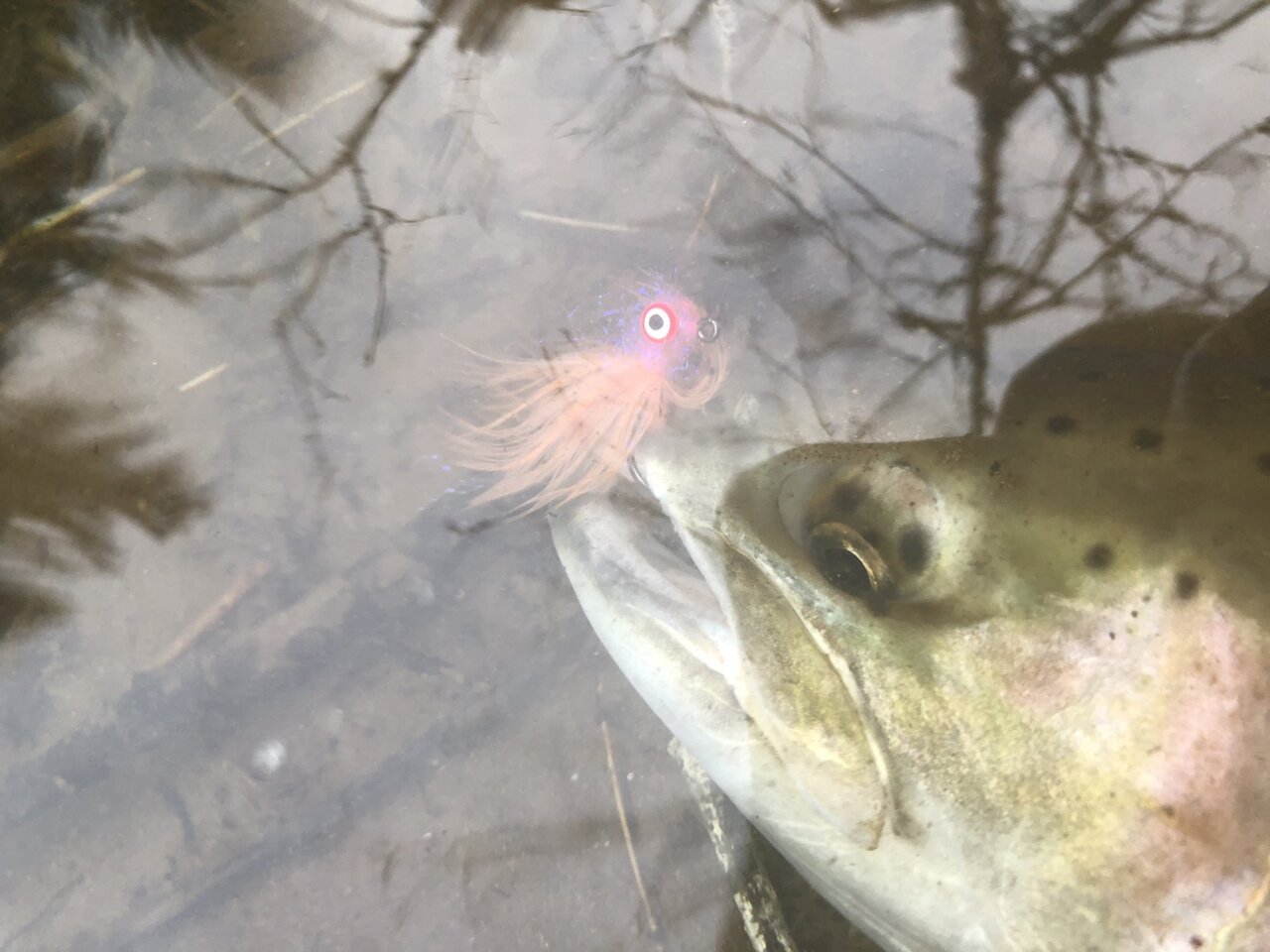 As someone who has history with fishing videos and currently working on new projects, there are 2 cardinal rules that many doing it refuse to adhere to imo. One: never release the video during that current season/run, you will screw yourself and everyone else in that fishery and possibly even make enemies of local anglers. Two: never show off sacred waters. I film a lot of stuff but you will never see video from my favorite stretches of summer steel water, as much as I want to and as much as I am sure the toxic steelhead studs groups on Facebook would love it, and my approval ratings would sky rocket.... I am not gonna do it.. Instead book a local guide on a popular river and fish and film with them, and then "wait" till that season is over and release the video. Its a win win for everyone involved. Most people will likely forget about your video by the next season but your are still getting your ratings by releasing new videos in the same manor. OBV a guide isn't necessary but if you film on the Wilson River and release it 3 months later you are less likely to catch heat over it than if you filmed on the Necanicum and released it 3 days later. Be vague about your location, you can say "Northern Oregon" instead of "This River in Northern Oregon" The other option is to only film in places that few likely go, but then these days there is not a lot of those spaces left. You might think no one will know your location but there's always that one guy that asks "where is this" in the comments, and always that one guy that will let the cat out of the bag by being a hot shot and saying where it is. There is always going to be those guys on YouTube that film everything and post it a week later, that's a given. People are just touchy in regards to increasingly smaller and sensitive fisheries, and rightfully so ?
Last edited: Apr 11, 2020
M 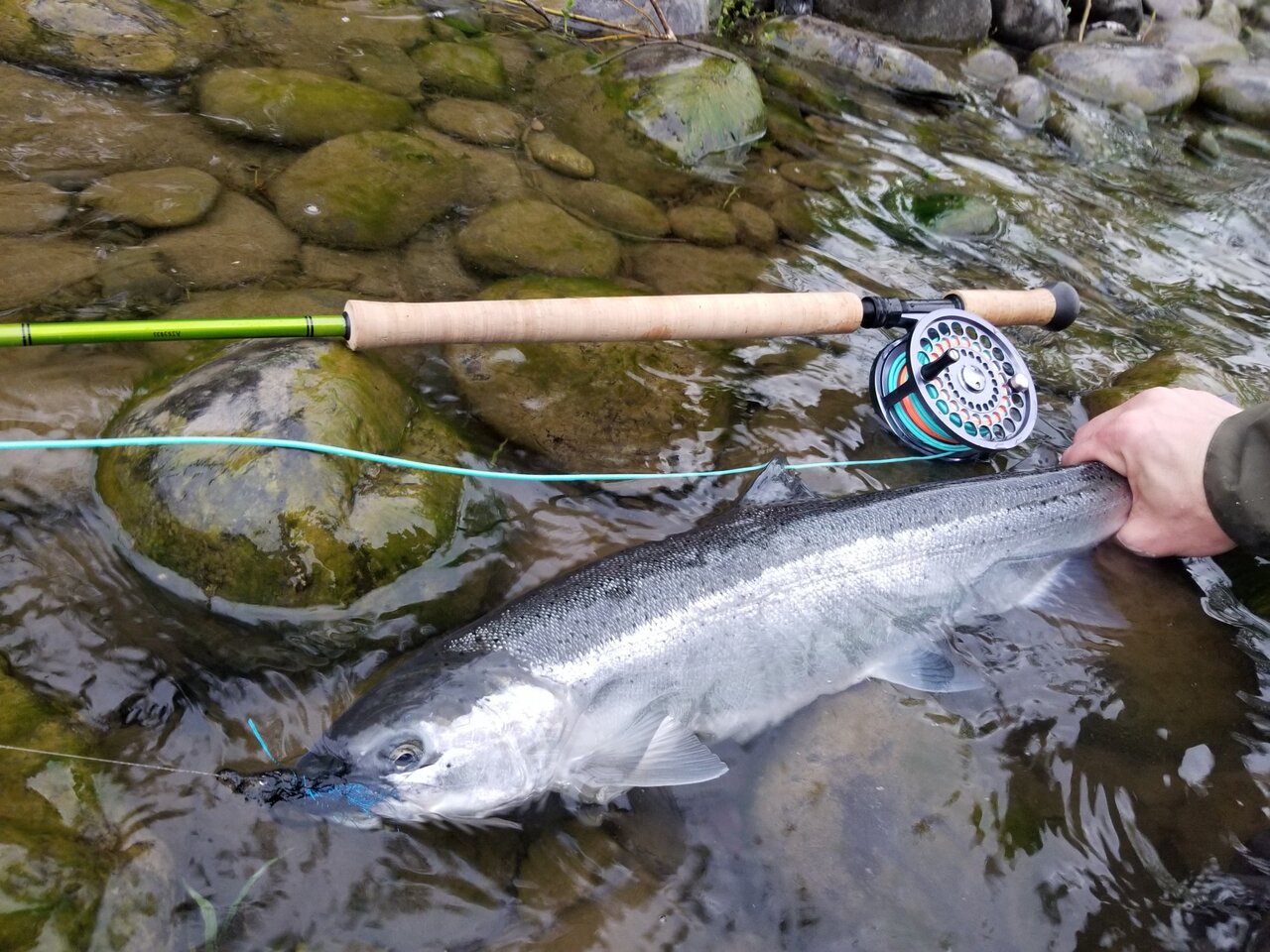 23min from home, I am so thankful to have one local option to stretch my legs and casting arms once a week or so after work, but until recently it's been all just been casting...
A

Got this one a few weeks back. Been a great year for me with Steelhead. 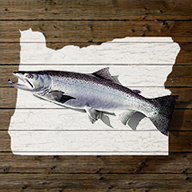 My foster son is a fishing addict and has been begging me to get him his first steelhead of the year. Took him out today in near perfect conditions and after a comedy of errors we finally got him a picture with a fish. First fish was a beast that he fought like a champ but after a couple...

Winter steelhead yet to show in metro areas, available on the coast however

Steelhead striking on the Wallowa