After a good week for spring Chinook on the mainstem Willamette, the bite has slowed. Catches were well represented across all reaches of the lower Willamette, but anglers are struggling as of late. Steelhead passage at Willamette Falls, mostly wild fish, has also been unimpressive as of late. Sturgeon fishing is good on the Willamette, also a catch and release fishery. 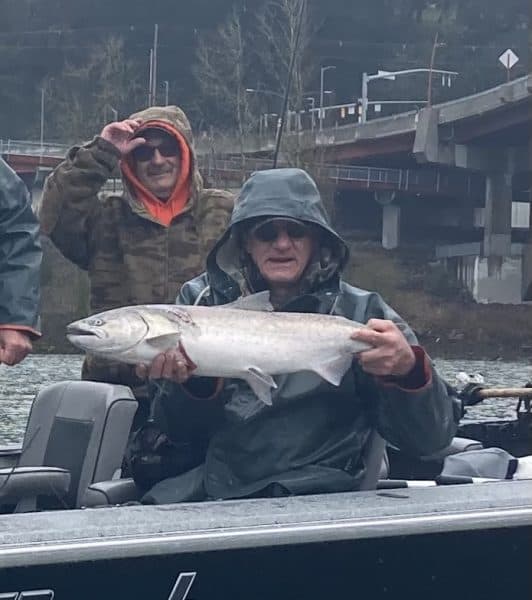 Although a few spring Chinook were caught on the mainstem Columbia in February, biologists have yet to tally one for March as of the 7th. That will change soon, but it doesn't look like the "black chins," springers largely destined for Idaho, have made a strong showing just yet. Those springers also have a deeper red flesh than the Willamette fish as well.


Clackamas River steelheaders continue to struggle for results with few hatchery fish available. Wild fish will make a stronger showing this month and well into April, but despite ideal water conditions, anglers are still coming up short compared to year's past.


Pro guide Jeff Stoeger (503-704-7920) of O2BFISHN reports, "Hello All. I hope that everyone is doing well. This week we saw the river take a small bump and there were fish caught throughout the river. Oxbow Park was a good place to fish from the bank. There were very few anglers over the weekend with a few boats and rafts floating from Oxbow Park to Dabney. Most of the bank guys have been fishing beads, spinners, jigs and worms under a float. Dabney to the mouth has fresh fish showing up but not in great numbers. The number of fish have been disappointing as we should've seen more fish. I have seen photos of a couple of native fish from friends that fish regularly but hatchery fish are hard to come by."
You must log in or register to reply here.