Portland/Metro Fishing Report – With mainstem Columbia Chinook fading into the season, anglers will be looking toward other opportunities in the Portland area. Coho certainly remains one of those options, but don’t overlook fall trout as well.

The Bonneville reach will remain the best option for late-season Chinook although the quality of salmon starts to fade by mid-October. Pro Trollers will continue to intercept fish for the next few weeks.

Willamette Falls is flush with coho, with the bulk of the run upstream now. Catchable numbers will continue through the month however, plugs are a good bet for anglers targeting them at the mouths of the Tualatin and Molalla Rivers.

And speaking of trout, this just in from Hagg Lake specialist Heather L: “Hagg Lake was not very productive on Thursday. We only had five trout for the day. The largest was however 15 inches which was very nice. We anchored fished for the first two hours since we did spot several fish on the bottom at 40 feet of water but they were totally lock-jawed. Not one single bite for the four of us. We used all of the usual suspects for bait including worms, orange, chartreuse, and white Berkeley power bait eggs, and orange trout nuggets.”

Clackamas River Fishing Report – Coho are concentrating in the upper reaches of the Clackamas River, particularly around the mouth of Eagle Creek. Fresh fish should continue into November, but as time passes, so does the opportunity for catching hatchery fish. Wild fish will soon make up the bulk of the returning adults.

There’s been a lot of coho returning to the river, they remain notoriously lock-jawed in freshwater. The mornings will always be the best for river anglers.

Sandy River Fishing Report – Avid angler Jeff Stoeger reports, “I hope that everyone has had some time to get out and fish. There is fish all through out the entire river systems.

There was some rafts and a few drift boats floating the river from Oxbow to Dabney and Dabney to Lewis and Clark. There have been a few late hatchery springers caught that haven’t turned to dark that are still good for the taking.

Fishing should continue to be good for the rest of the month and the first week in November. The rain events are short lived, and fish are moving up stream at fair clip.

Find the full report and forecast for Chinook and Steelhead members for the Sandy and the Clackamas from this page here.

From Harrisburg, to Corvallis, to Albany:

Trout fishing is improving. Floats near the confluence of the McKenzie and Willamette Rivers will place anglers in “fishy” areas all the way down to Harrisburg. The usual impressionistic nymphs, like PTs will take trout.

Still good warmwater fishing opportunities. This, along with some private farm ponds, remains one of the viable fishing alternatives in the upper portions of the Willamette system. Evening fishing for smallmouths, especially in the slow water sloughs.

Steelhead returns into the Willamette remain low. Last year was a fair to poor year, and the returns are 30% of last year’s numbers at this same time. We can hope for better years to come.

McKenzie River: The mainstem McKenzie water levels are steady at about 2200 CFS at Vida. Fishing is good all day long.

North Coast Fishing Report – Buoy 10 anglers are still finding fair numbers of coho downstream of the Astoria/Megler Bridge. Only a rare Chinook is being caught and seal interceptions are becoming more common. Sea lions are oddly absent, however. The morning incoming tide is producing the best, on the Washington side of the river.

Tillamook and Nehalem Bay anglers are wondering why wild coho are listed, and not the Chinook salmon of the north coast. Wild coho catches have been crazy good, but retention of all wild coho is now closed on the north coast. Chinook catches are poor as soft tides put most of the effort near the bay entrances this week. As tides increase, seaweed will once again become a problem for Tillamook Bay anglers.

The Salmon River is largely done for the year although high concentrations of anglers remain focused on water adjacent to the hatchery.

The Siletz and Alsea are producing fair catches of fall Chinook in what most would call peak season right now. The Siletz has been the bright spot in recent years, it appears to be more mediocre this season.

Ocean opportunity continues to look challenging in the near future. Halibut, tuna, coho and ocean crab are now out of reach for the year, but bottomfish will become a fall focus if the weather cooperates. Bay crabbing, particularly in Tillamook, remains good.

See the full report and forecast for Members right here. 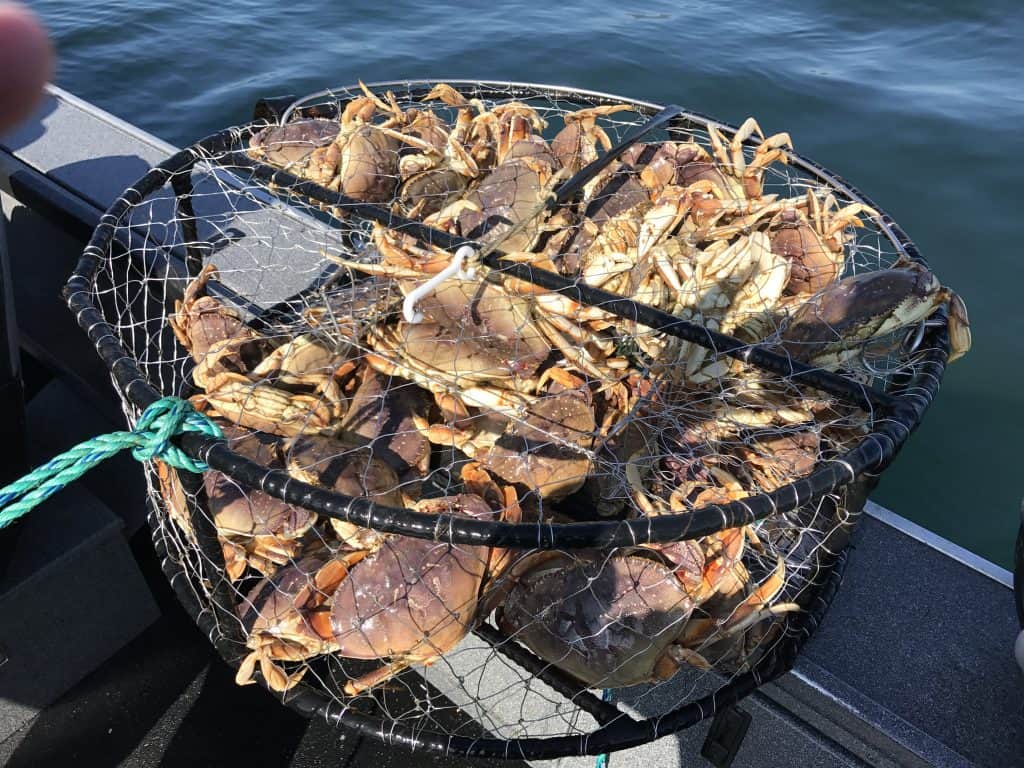 Receive these SW Washington and Oregon fishing reports in your email on Thursday nights by signing up here.
Last edited by a moderator: Oct 17, 2021
You must log in or register to reply here.