Trout season if fully open in lakes and more...

Trout season if fully open in lakes, streams, and rivers. Weather is going to be warm and Memorial Day weekend is coming up… all great prospects for getting some fishing time in along with BBQs with family and friends. Thank you to all who have served and are serving now!

This report might be a little brief than others since I’m heading out Thursday for a 4 night/ 5-day raft trip on the John Day. It’s my first time floating there and is out of my normal realm of the Rogue River in which I don’t usually camp, for I usually have more people instead of gear in my raft!

Reports of a few die-hard Springer fishermen are catching a few… very few. Fat trout are biting at various lakes, warm water in lakes and ponds are bringing on bass, and rock fish and surf perch are still going strong if winds allow to get on the ocean. Enjoy!

From the Guides Mouth:

Grants Pass guide Troy Whitaker of Troy’s Guide Service (541-761-0015) – Springer action at least on the middle Rogue is still slow. Reports of some fish caught at Rainey Falls lately. Flow has been sporadic and therefore throws of any bite that could have happened. Most fish are swimming to spawn up river and are "tight lipped". Troy recommends using a spawn sac (mesh) to enclose the precious roe to keep the squawfish from bait sucking them off. KILL ALL SQUAWFISH!

He mentioned if one is trying for Springers on the mid to upper Rogue to fish higher up towards Shady Cove to Casey Park. The water is much cooler and closer to their spawning grounds. Mid Rogue best bet is to take the hike to Rainey Falls as fish tend to “stack up”. Troy warns “the hills have eyes” and to report snaggers. 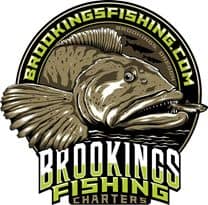 Andy reports that this week was excellent for bottom fishing trips and a few early season halibut were caught too. The Miss Brooke and Nauti-Lady made it to the lighthouse, where there was steady action for lingcod and a great variety of rockfish. Lots of tigers, vermilion, coppers and canaries. A large halibut escaped at the surface after hitting one of the rockfish rigs. Closer to the harbor, the Dash ran a halibut trip, with a keeper and lots of petrale sole and sanddabs, and limits of rockfish on the way in. The Papa B and Bout Time ran up to Arch Rock, where the rockfish action was wide open. The fish are on the surface feasting on crab spawn.

Surf Perch - Red-tail surf perch fishing is still good. When the winds die down, it should puck right up again soon. Andy said that areas along Harris Beach, Lone Ranch and the boarder visitor center beach areas are all great access to fish. Raw shrimp, and Gulp 2” camo sand worms are baits of choice for surf perch. Don’t forget to enter the surf perch derby at Tony’s Crab Shack in Bandon! 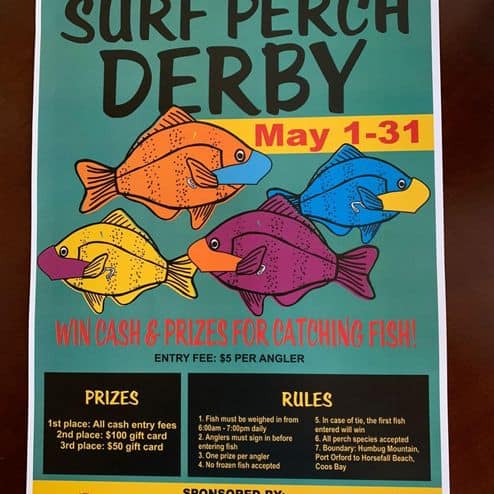 Pikeminnow are native fish and the only reason they're a problem is because we've created miles of prime habitat for them by damming the Columbia and its tribs. We can bonk as many as we want, until those dams are gone it's like putting a bandaid on an amputated leg.
You must log in or register to reply here.