Traveled a pretty fer distance from the house searching for steel yesterday. Arrived just about sunrise to find a deserted stream....someone said something about some kind of big football game or something going on yesterday! I'm not much for football, I feel like Bobby Boucher's mother in the waterboy, "Foosball is the Devil!" Seriously, I wasn't even sure who was playing but with all the pic's of Ben Rothlisburger on the internet every time I log on so I figure the Steelers must be involved! Suberbowl sunday only happens once a year and is the perfect weekend day to fish! I'M FISHIN'!!!

My son and I hit it and went a combined 8 for 19. Hurt, losing a bunch but with light leaders, small hooks and light biting steelhead it was just the way the day unfolded. My son lost several right at is feet that could have been retained if we were wanting to keep them, we lost a handful that just didn't hook well, and I lost one that tore me a new one! A good, bright fish probably in the 13-15 pound range that eventually ran down into the next hole and wrapped me around a huge rock midstream, got my float and the whole shebang! I was actually scared to cast back into the same hole after that one!
David with the 1st fish of the morning. 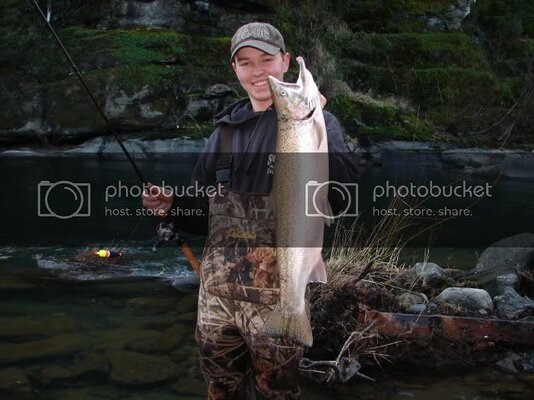 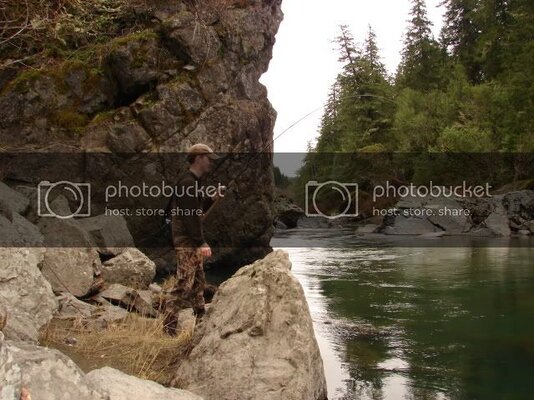 Released to fight another day. 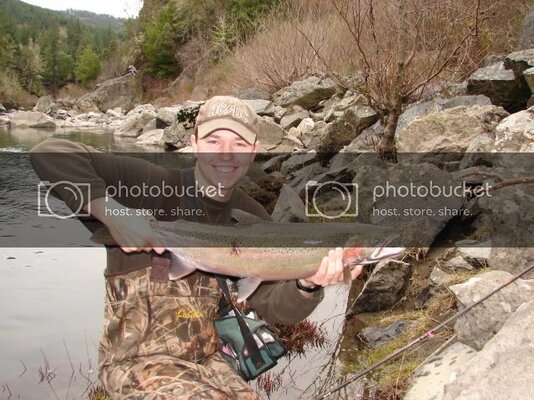 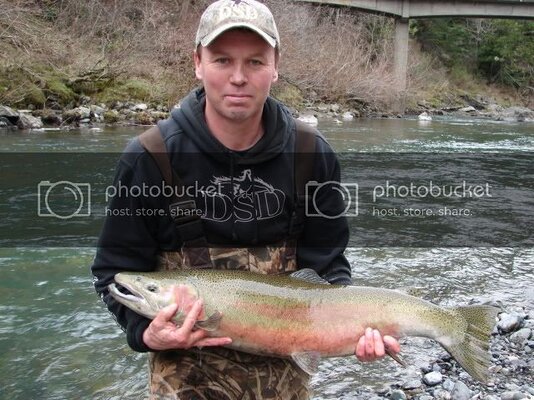 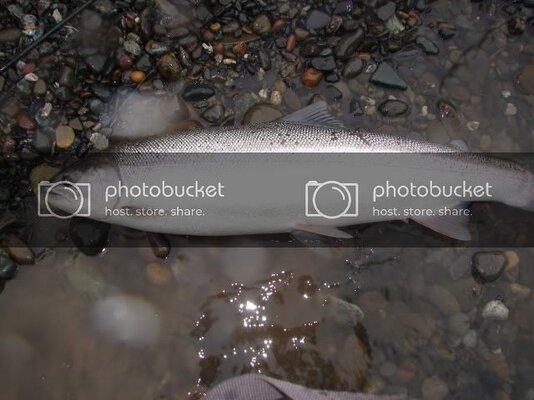 The one I kept yesterday. 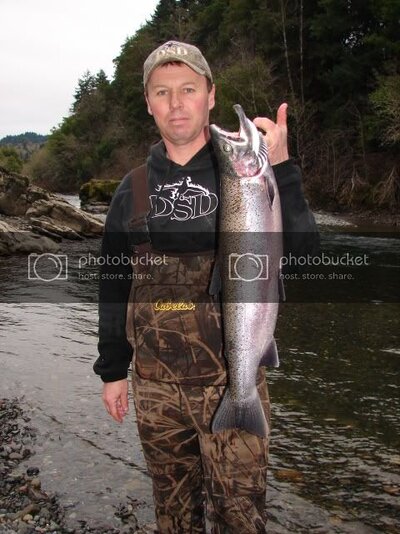 I'd trade the Superbowl for a day like that anytime! Nice job guys.
A

Thanks guys! It was a fun day, I was glad to spend it with my son, he's going to college and working full time so his fishing opportunities are limited....that means I have to fish on some weekends if I want to fish with him these days. Next year he will be in K-falls going to OIT so I had better fish with him while I can.

The one thing that sucked yesterday was that by early afternoon I felt that tickle in the back of my throat that signals the onset of a cold....Damn! By the time we got home it was well after dark at it had moved into my lungs and I was already feeling achey and chilled, I was pretty spent! I feel crummy today!

if you dont mind me asking where did you guys go? i have been out on 8 trips this season and all i have to show for it is a broken finger and food poisining.
T

WAy to go you guys! Nice fish! For how much I payed attention to the game i should have just gone fishing.
W

Good job and having the whole river for your self is always nice!!! i wanted to go fishing this sunday since everybody was going to be at home watching the game but my parents in law made a lot of food and some beer too so i had to stay!!!!
F

Nice Job! Sounds like an excellent day on the water!
H

WOW!!! 19 hookups! that is insane! fishing under a float most of the day?
M

joni said:
WOW!!! 19 hookups! that is insane! fishing under a float most of the day?
Click to expand...

Only fished floats with tiny baits and light leaders, Rain comin' though!
You must log in or register to reply here.

Merwin was on fire on Sunday, December 5th!