rogerdodger
I started my day before sunrise at the north end of the Oregon Dunes (Florence) and thought I was just going to punch up a limit of razors but I ended up also digging up a rock hard one eyed male keeper plus 65' of 5/8" leaded trap rope that washed up in some kelp...(FYI- the clams have named me enemy #1 down here...) 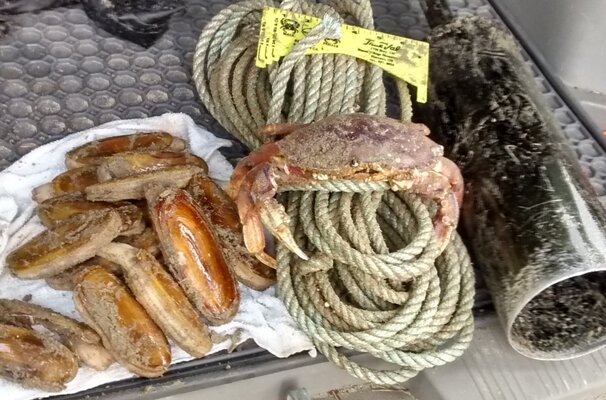 a wee bit before noon, at the south end of the Oregon Dunes (CoosBay North Spit), I met up with Gulfstream (Whip) and headed out in his boat for some crabbing and bottom fishing...dropped his 3 traps baited with big tuna heads and also one of my collapsing ProMar traps baited with the lingcod carcass from last week.

Pulled some test pots and moved things around some and then pulled my pot for the first time- full of crab, including one keeper. So much for crab not liking lingcod, that myth is BUSTED.

Got to fishing through the high tide and we each released a couple of feisty Coppers before I got the first ling. 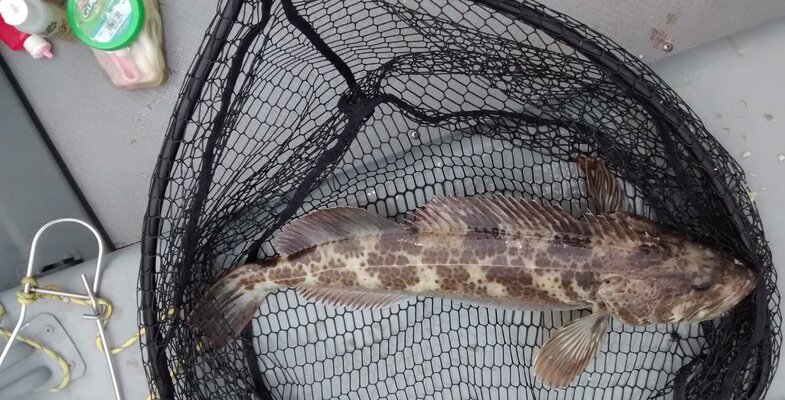 but it was undersize, 21" so OFF swimming it went, but soon after Whip had a bigger fish on and my quick measure had it at 26" at least...perfect eating lingcod. 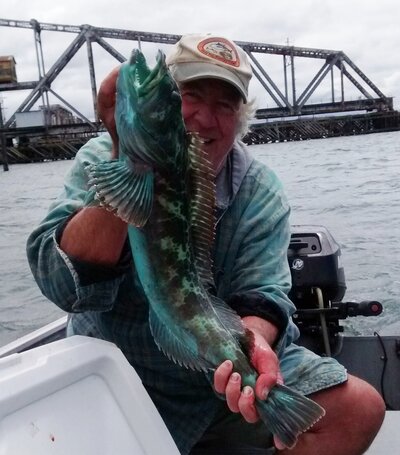 we pulled the pots after a long soak and all of them were loaded with good sized males but just undersize, probably 30 within a 1/4" of going home, but one came in at 6" (from my lingcod baited pot).

so we headed back to the launch with 2 crabs and a nice ling... cheers, roger
Last edited by a moderator: Jul 18, 2016
B
backcountryhunter
Nice Haul!
G
Gulfstream
Got a little beat up on the way back in,But a great day in the bay!Could not believe how many crabs we had that were just short of going in the hot tub!
B
BaldTexan
I found the slightly undersized crab to be frustratingly common last summer....but come October, they were all huge!?

rogerdodger
well, I was disappointed at not getting a keeper ling with Whip on Monday, so I headed back Tuesday on my i11s to search for cali-butts and bottom fish the high tide and I did get my keeper ling just after high tide, 25" nuclear one, 4.5#, and I got it on my light spinning rod which was a blast but it wasn't even close to the high point of my 7 hours on the water..

here is the lingcod: 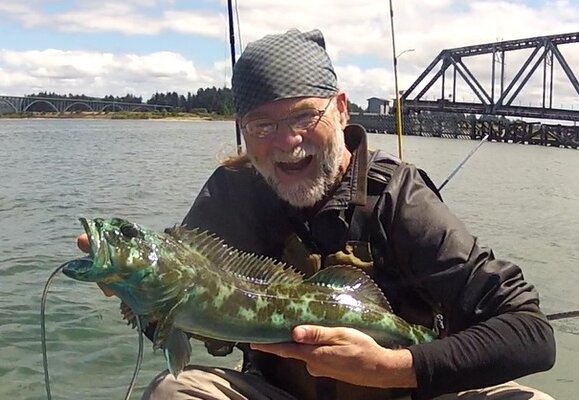 this smile, as I am just putting the rod down: 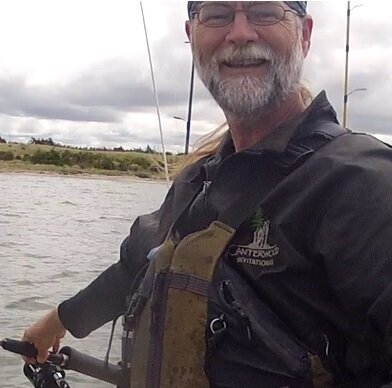 is after hooking (in 10' of water!), fighting, and losing my first fall chinook of 2016...a big jack, might have been a 'jumbo' (bit over 24"), I had one netting chance but it ran one more time, around the boat and waved goodbye with a final jump...boo yah!
P
pinstriper
Sorry that fish flipped you the fin, Roger. You'll get him next time !

hobster
Awesome posts there Roger, thank for sharing. Good stuff!
You must log in or register to reply here.