The Buoy 10 season is peaking right now and it's become clear, we're NOT getting 1.6 million coho back to the Columbia River this year. I'm not sure we're getting half of that. None-the-less, Buoy 10 coho remains productive, but that could all change with this weekend's weather forecast. Coho has now re-opened above Tongue Point, which often fishes best on a soft tide exchange, which is currently underway. 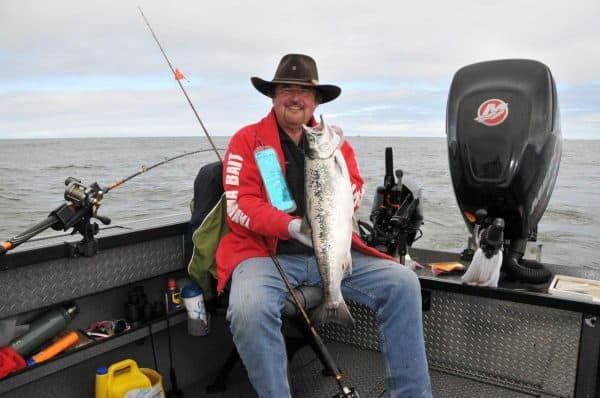 Although the non-select coho season wasn't as red hot as most had hoped, it did produce fair catches for many participating in the fishery. Managers liberalized the season further however, it's now open 7-days/week in the ocean, south of Cape Falcon near Manzanita. A limited wild coho retention season is also underway, go HERE to view the details for opportunity on the north coast.


Fall Chinook season is well underway for many north coast estuaries. Tillamook has been producing well in recent days with the Nestucca, Salmon and Alsea also good early season options. The Nehalem is slow to start for fall Chinook.


The Siletz is starting to see some fair numbers of Chinook in the lower reaches of tidewater. It will only get better from here.


Bay crabbing continues good for semi-hard Dungeness crab. The ocean is better for numbers, but worse for quality.


Albacore remain far offshore and catches remain sporadic. It's been a disappointing season for most tuna chasers.


See the full report and forecast for Members for Chinook and Steelhead Members right here.
Last edited by a moderator: Sep 20, 2021
You must log in or register to reply here.