We’re in peak season for north coast steelheaders and anglers are struggling for consistent results. The Wilson and Nestucca should fish well this weekend, whether there’s fish present or not. The lack of 2-salt fish (7 to 9 pounders) remains a mystery. Some quality broodstock and wild fish are falling for anglers putting in the effort however, hopefully we meet broodstock needs. 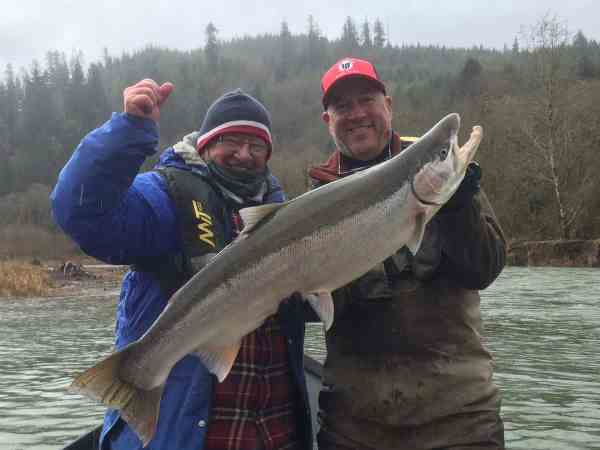 Wild fish should make a good showing on the Kilchis, Trask, Wilson and other systems on the north coast. Smaller systems should fish well by Friday, the larger ones just in time for the weekend fleet.

The Nehalem will remain out of reach, but should have fish present at tributary mouths.

There should still be some spawned out kelts in the early season streams (NF Nehalem, Necanicum, Big and Gnat Creeks, Klaskanine River and Three Rivers too).

The Alsea will remain challenging, while the Siletz should produce fair catches this weekend.

The commercial crab fleet is in the water so the lower Columbia will be hit hard with effort and catch and for those rare fleeting moments for salt water anglers, better plan on lighter pots.

It doesn’t look like bottomfishing will be a great option in the foreseeable future either.

Down here on the Siuslaw, the 2 salt fish are also largely missing from our STEP/hatchery run. Very interesting.
You must log in or register to reply here.