The big news in the metro area is the first spring Chinook to hit the bank at Meldrum Bar on February 1st. There were no rumors of a January salmon, but there’s little to complain about when the season’s first hits the deck, or gravel in this case. The fish weighed around 17 pounds and was caught in rising waters. Anglers shouldn’t rush out to the Willamette however, it’s high and turbid at this writing.

Still no spring Chinook reported from the mainstem Columbia, but that’s no surprise. There hasn’t been one cross Bonneville Dam yet either. It’ll be a while.

Pro guide Jeff Stoeger (503-704-7920) of O2BFISHN reports, “Hello All. There’s not much to talk about for the Sandy River this week. There is only a hand full of fish being caught and it depends on who you talk with. The river is running at just over 9 ft. and the forecast is for the river to take a small bump and going up to about 10 ft. The river temp is 41 degrees, which is ideal for steelhead. The river has great color and should stay that way through the weekend. The report is that there is fish moving through the river and heading straight to the hatchery.” 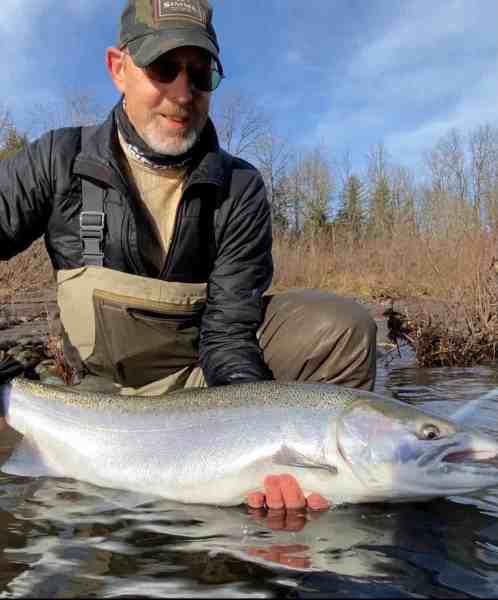 The Clackamas remains slow too, but we’re just coming into prime time for this river, as well as the Sandy. Low snow levels has kept water levels tame but rain this week will likely cause a bump over the weekend. There are fish to be had, but the better fishing will likely be after the upcoming high water event.
You must log in or register to reply here.