Took the old Grady out for a test run . Started at Cottage Grove Res but the ramp had some debris at the dock and decided to head to Dorena since it was the next closest and the wife convinced me to at least give it a try.
Launched to a empty ramp and only 2 trailers in the lot.
Ran the boat for awhile at all speeds and every thing seem fine.
Dropped 2 lines out 120ft with plugs and had the first one on in 5min.
Ended up with 8 from 18" to13". Had 1 double on and released 7 smaller ones. Hits were every 10min or less. At least 30 or more take downs
A great time but left the labs at home, not use to that but the Grady makes it nearly imposable to let them out on the shore.
Water was 59 degrees and vis about 3ft. Little floating debris. 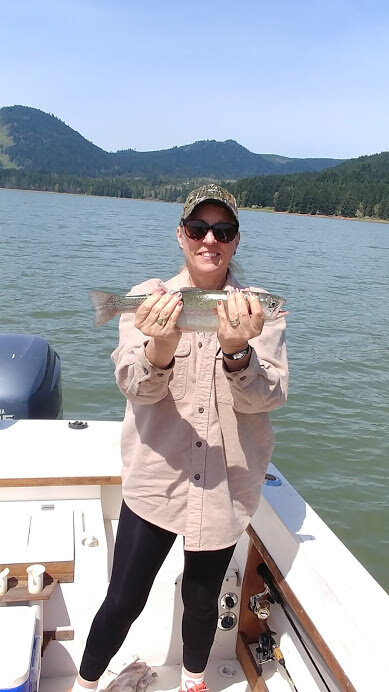 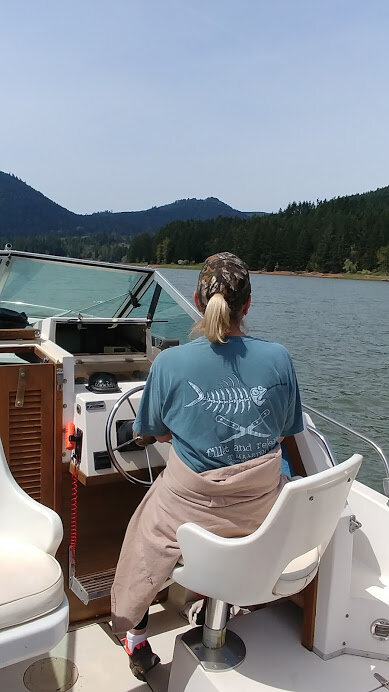 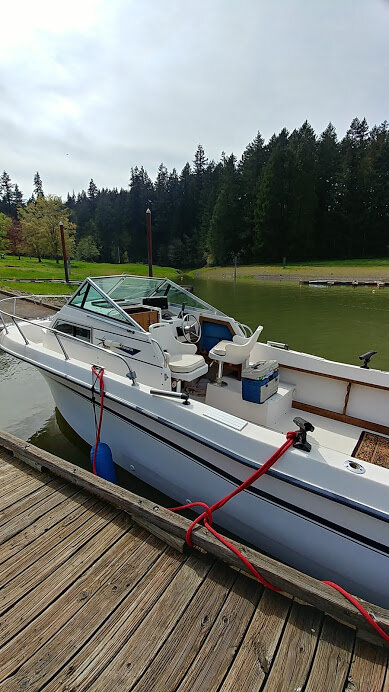 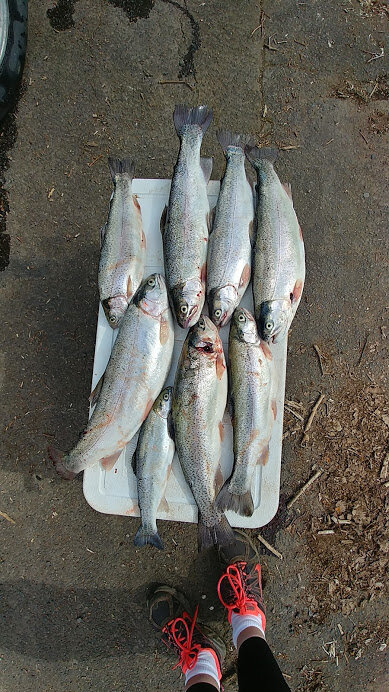 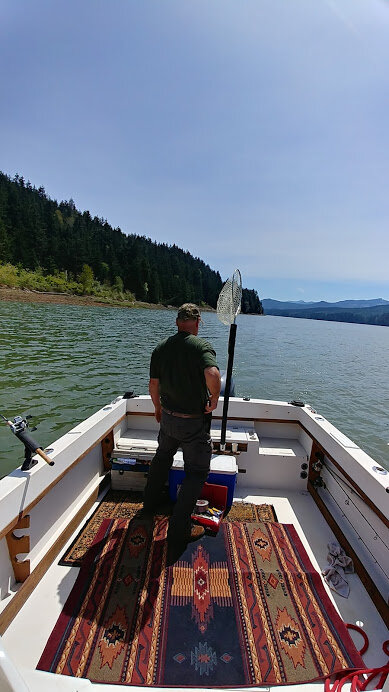 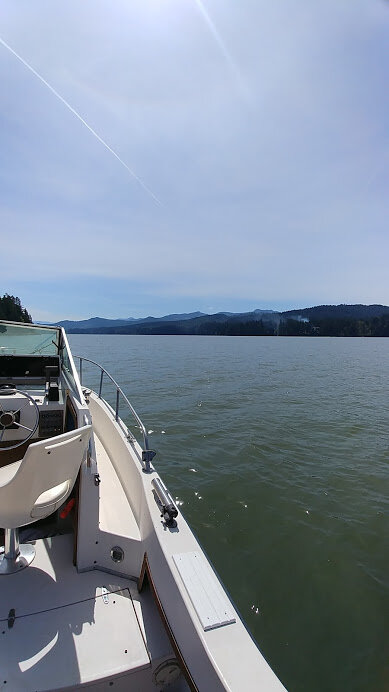 Most Featured
Nice! Glad to hear the boat ran well!

Was pretty nervous. That's the same fuel I had in it from Gold Beach when we moved almost 31/2 yrs ago.
Come on up Whip you can camp here anytime and bring your boat
That res is 35 min from my hse
G

Most Featured
I would like to get in on some crappie!

I was just reading about Dorena and there's a mercury warning along with Cottage Grove of course but even East Lake has a warning too.
Saw some pic of huge crappie caught at Shasta and a lot of talk about Prinville also Galesville has a big population and its all fishing in dead timber

Made another trip to Dorena to run the Grady.
Fishing was good trolled plugs with 2 limits , released 10 or more and lost that many.
Ramp is usable but a challenge for a large glass boat.
Nothing over 14" but firm orange meat and good fighters.
Water 64 an 6ft vis.

Last trip to dorena for the yr.
Took a friend and said we would only be there a few hrs. Took almost all day to limit but some nice fish to 16".
Took the alum boat due to the ramp.
Talk to one other fisherman who only trolls a green flashers and a green wedding ring tipped with a night crawler and does really good.
He fished Cottage Grove lake says the fish are bigger and showed me a pic of a crappie that was almost 14"
Next trip should be to East... hopefully
You must log in or register to reply here.
Top Bottom