There are still some salmon to be had in the Columbia River below Bonneville. I fished with my friend, Chad, on Sunday and we went three for four. Lost one right at the boat. We launched out of Chinook Landing and began the day using superbaits and pro trolls. Caught one and lost one in the first half hour or so of fishing. Then, no bites for hours. We switched to using 3.5 spinners and caught two more chinook. Called it a day about 3 p.m., we started about 7 a.m. According to the fish checker, the fishing was slow, but if you put your time in, you have a good chance at a shot of landing a nice fish. 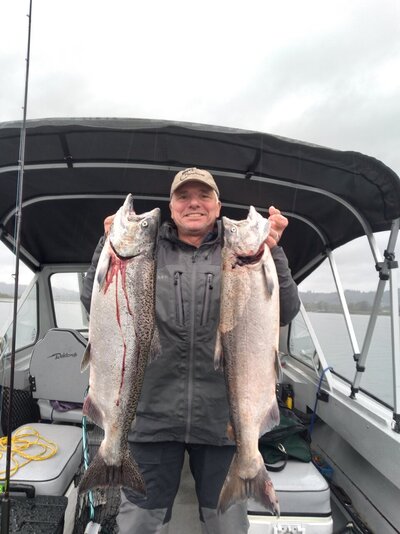