Anglers looking for that "peak of the season" Chinook bite got it after recent rain. The main rivers being the Chetco, Elk, and Sixes in Oregon and Smith river (CA) got an influx of fish to reward those anxious anglers. The Chetco saw a 60 pounder caught (and released) and the Sixes produced some nice catches as well.....only in the 15-25 pound range. Flow rates are back down and maybe the Chetco will be the best bet for a pre-Thanksgiving treat. Some rain will come by end of week but might not be enough for the Elk and Sixes....be ready when they are because there's plenty of fish in and coming to make it worthwhile.

Summer steelhead and half pounder catches on the Rogue have been fair in the middle section and slightly better up above Gold Hill. There are also decent numbers of coho more towards Shady Cove and is a great opportunity for some excellent action. Flow of course is back to low, clear and cold conditions meaning smaller baits and longer leader tactics are necessary.

Marine outlook is dim except for maybe Sunday. Bottom fish and ling cod catches have been great when you can get out. Ocean crabbing is not open yet except for California ports and has been good.

Riley (Riley Wallace of Wallace Guide Service 541-761-2386) recently has moved to Brookings (from Grants Pass) where he's been actively working the Chetco, Elk and Sixes with good success. It's all about the flow in which will dictate what river he's going to fish and reports that the Chetco which had been producing a bunch of nice fish after the big rain is now hit and miss.

The Elk and Sixes are much smaller systems where flow is everything, so you got to be ready when they are prime Riley said. This weekend might be worth a try if they don't get blown out from current rain, but they both should fish good by mid next week. The same bait tactics used in the Chetco will work here too.

Gale warnings through Friday will keep the ocean off limits, but Sunday looks to be the better of the weekend to get out on the ocean to catch some big lings. Andy said the rockfish are bunched up in thick schools spawning in shallow water especially near Bird Island.

COOS RIVER BASIN: Chinook fishing is a wrap and was slow at best. Anglers are now anxious and gearing up for steelhead season the latter part of November.

BRADLEY LAKE-Trout fishing has been good for trout that were stocked earlier this month. Anglers are having success trolling spinners in the main lake.

TENMILE LAKES/TENMILE CREEK: Most largemouth bass are in deeper water along hard bottom points , however some bass can still be found in shallower water and around boat houses and other structure. During the middle of the day bass can be caught.

CHETCO RIVER: Last weekend saw many nice fish along with lots of boat and bank angling pressure. It's peak season for late Oregon Chinook and so you got to get there early and/or bring your own rock to stand on! Currently flow has reduced down to less than prime and rain is needed to color up the river again. There are decent amounts of fish scattered throughout and most are wild. 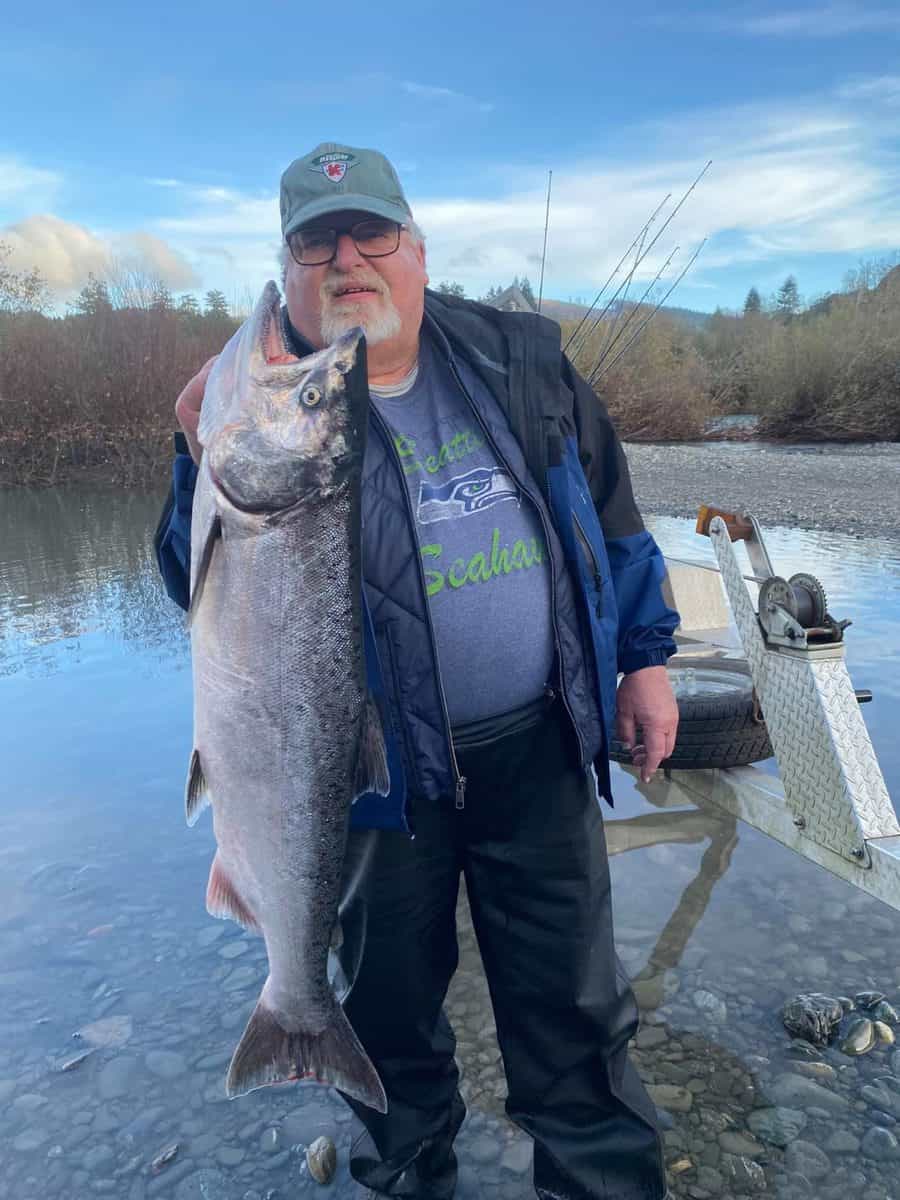 Jim (Jim at Rogue Outdoor Store - Gold Beach, Oregon 541-247-7142) reports that the Rogue is low and "slow" however, he did report that some boat anglers did catch some nice winter Steelhead running plugs this past week! It's a good sign but in no way is fishing good yet.

Check out Jeff's detailed report, multiple lake updates, and forecast in this week's version for Members!

Receive these SW Washington and Oregon fishing reports in your email on Thursday nights by signing up here.
G

Thanks for the 411
You must log in or register to reply here.

Chetco estuary has been the place to go

Middle Rogue– steelhead fishing is underway throughout the river now